SYNOPSIS: It’s 1910 and Sweden’s most esteemed playwright and novelist, August Strindberg, is nearing the end of his life. His interests have drifted from writing to the more mystical arts of alchemy. His young apprentice, Björne, assists with the intricate experiments.

Björne’s focus, however, is divided between his work and the love of a young woman, Katina. When she unexpectedly leaves for a better life in America, he falls into a deep depression. To Björne's surprise, Strindberg seems genuinely concerned and offers to assist the young man in his pursuit of Katina.

Fast forward 100+ years. Katina’s aged granddaughter, Agda, lives the life of a recluse. And yet because of recent events, she is forced to confront a long-forgotten family history. Apparently, Strindberg’s efforts to help Björne were not as altruistic as they first appeared. Now Agda must face the ghostly truth

TAGLINE: The past is here, time to face your ghosts. 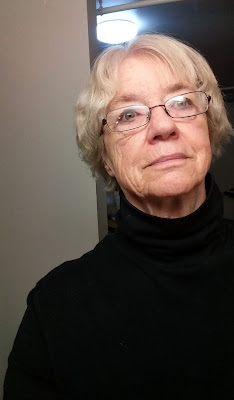 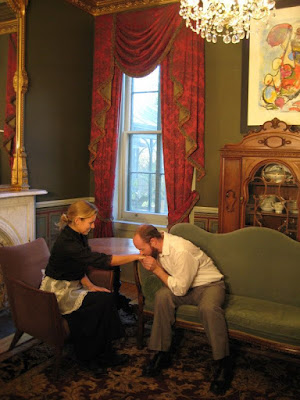 What's happened so far:
The majority of the original principal photography was completed. However, the script underwent some major updates that arose due to covid-19. Post-production was underway, but new scenes will now need to be shot and added if this project is to be released. We'll see if we can make this happen at some point.

Home
Subscribe to: Posts (Atom)
Tarazod Films & Media LLC is an independent production company. We produce both the documentary and narrative film as well as a range of commercial work.