It's been well over a month now since we finished up several commercial projects that had been on our plate. As a result, we've taken advantage of this window of opportunity to ramp up the edit of No Sleep for Ronni. In addition, we've been checking off the remaining pick-up shots that are still needed.

Earlier this evening, we filmed in the basement of camera operator Jeff Modjeska, knocking off two different pick-up segments. The first was a scene featuring Jeff Blankenship as a research surgeon conducting an experiment on his test subject, DW Wanberg. Actor Chris Weis played a security guard while Jeff Modjeska doubled as another research doctor. 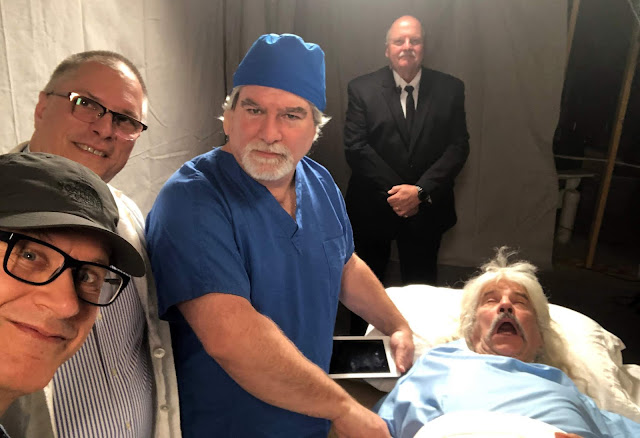 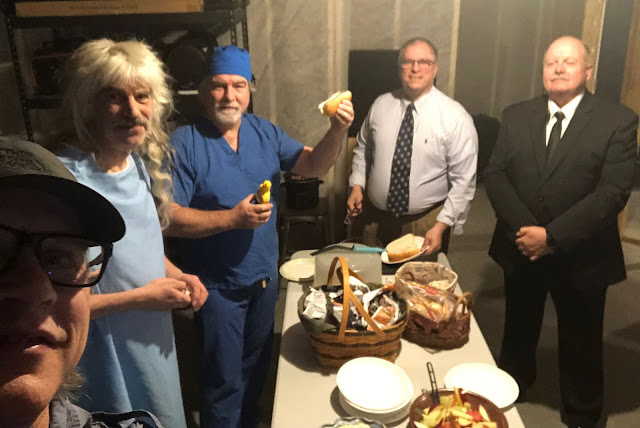 While the edit of the movie has come a long way, it's a complicated project, the most intricate one we've ever worked on. Loads of keying, compositing, masking, and more. So unfortunately, we still have quite a ways to go before it's finished.
Posted by Tarazod Films at 11:45 PM 0 comments

It was in the summer of 2011 that production first began on our long-suffering project, Strindberg's Assistant. Over the eight years that followed, the story grew and changed. More scenes were shot, additional actors recruited, and new locations secured.

And yet, we still didn't have a finished film. It just never felt right... until now. Revelations (that came to us last night!) have breathed new life into this supernatural period piece, helping us to finally discover what the hold-up really was. The format was wrong.

Strindberg's Assistant is not a movie. It's a series.

We're going to divide up the script into multiple episodes (possibly five to seven in all). A few additional actors, scenes, and pickup shots will be needed. Filming will occur sometime in the coming year.

Although things have rarely gone according to plan with this project, our goal is to release as a web series in 2020. Fingers crossed. (UPDATE April 2020:  The Covid-19 pandemic put a kink in our plans; the remaining shoots and release date have all been postponed until the air clears.)


The late Colin Cameron as August Strindberg in the summer of 2011, filming a scene in Mineral Point, Wisconsin. 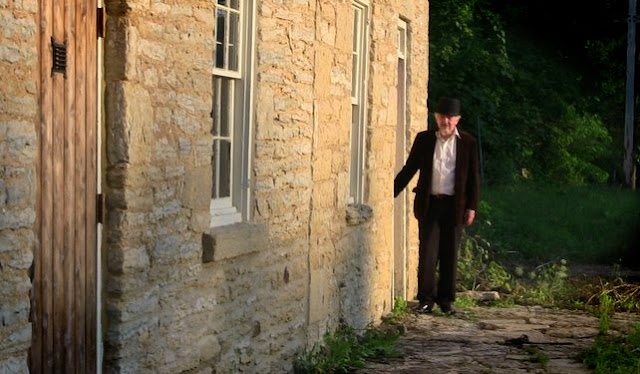 In the "kitchen" scene from No Sleep for Ronni, our two antagonists, Ms. Slovak (Portia Adney) and Dr. Bly (Tim Towne), converse via a video chat. During the editing process, we discovered a minor continuity error; it will hardy be noticed. So for the fun of it, we thought we'd point it out for those who read this post.

Throughout the scene, a cutting board can be seen in the background on the countertop. However, nothing else is supposed to be on top of the cutting board. 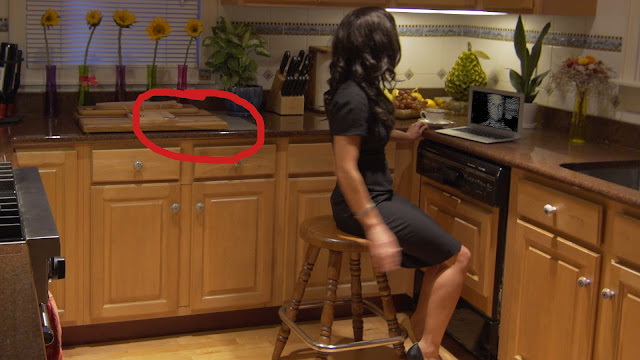 Yet in one shot, we can see a book that a crew member forgot to remove from the hot set. Oops. 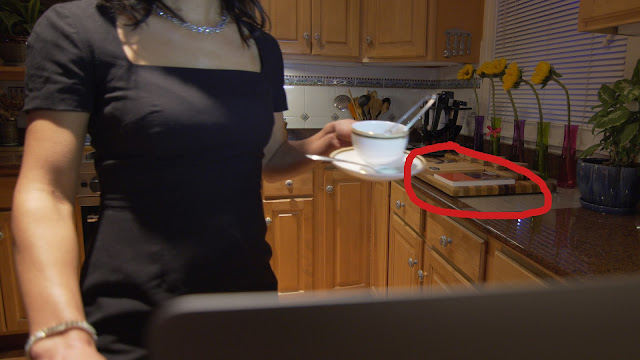