Boom! Another scene is now in the can for No Sleep For Ronni! Yesterday, we shot the Boardroom Scene, part of the movie's climactic sequence. Ms. Slovak, played by Portia Adney, overseas a presentation to six upper crust international investors. The roles of these well-healed characters were performed by Casem AbuLughod, Doug Reed, Louis Sather, Ricky Hunjan, Neelam Kerkela, and Andy Glaysher. 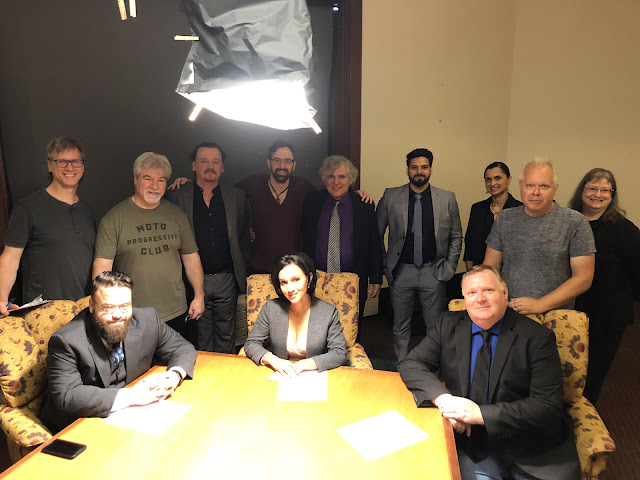 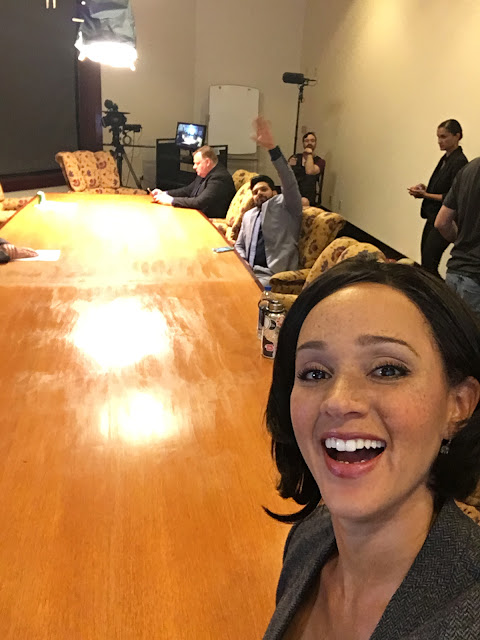 Our location was the conference room at the Sun Prairie Library. Jeff Buss brought his expertise and gear to the set as the DP. Jeff Blankenship split duties between AC and key grip. Ryan Meunier was the sound technician. Janet Kjelland wore several hats as script supervisor, grip, and craft service, while Robert was director. 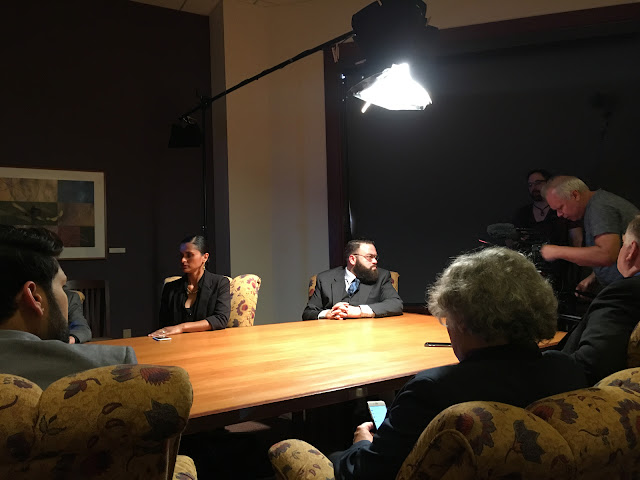 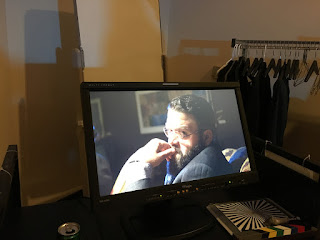 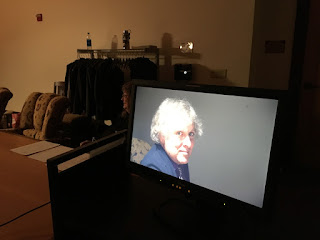 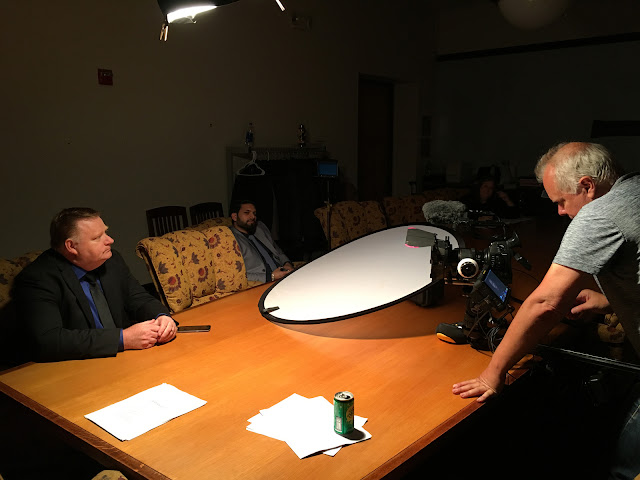 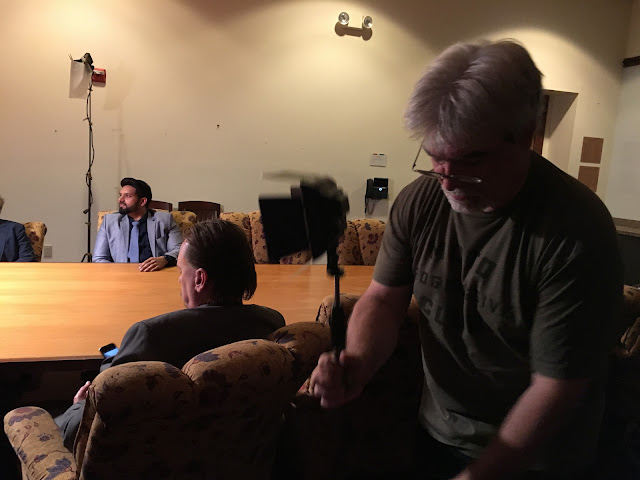 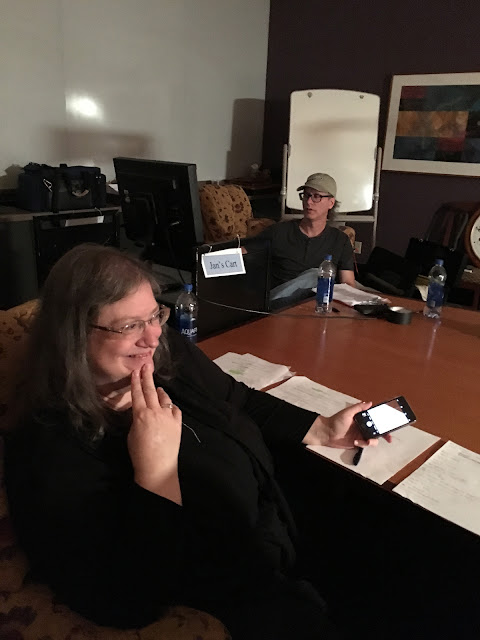 Prepping for More "No Sleep For Ronni" Shoots

Robert met yesterday with a couple members of the Wisconsin cast of No Sleep For Ronni--Portia Adney and Ricky Hunjan. We're getting ready for a big shoot this Saturday. Portia plays a villain, Ms. Slovak, who's looking to procure increased funding from a group of wealthy investors. Ricky plays one of the six investors.

Deciding on which wig to go with. 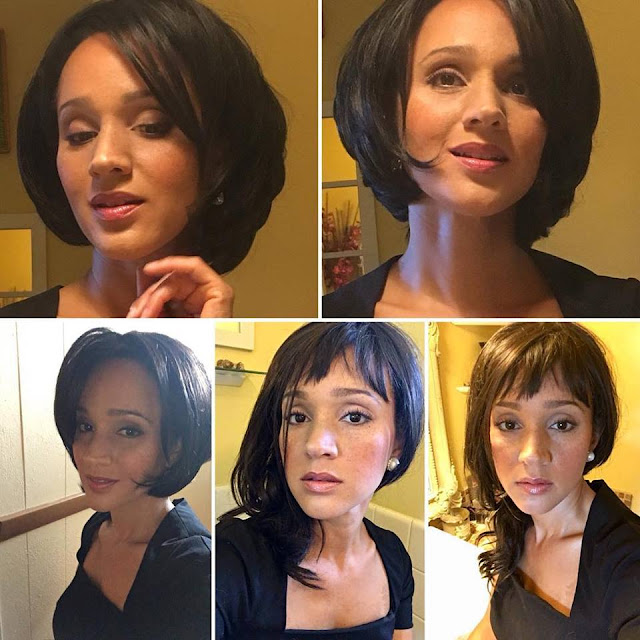 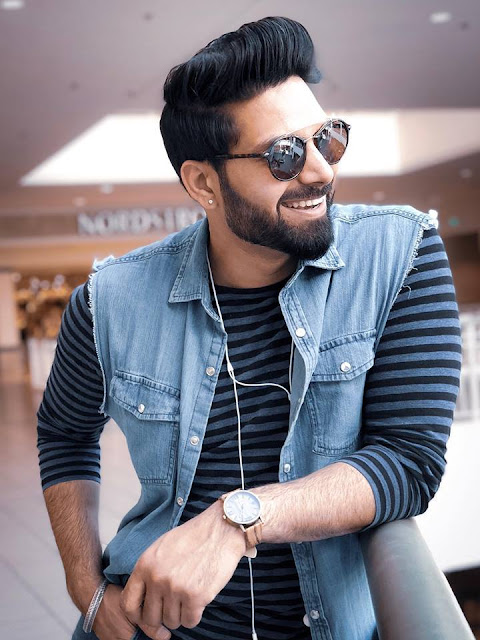 
We also did a couple test shots with Portia for a later scene that involves her character driving a BMW through the streets of Paris. 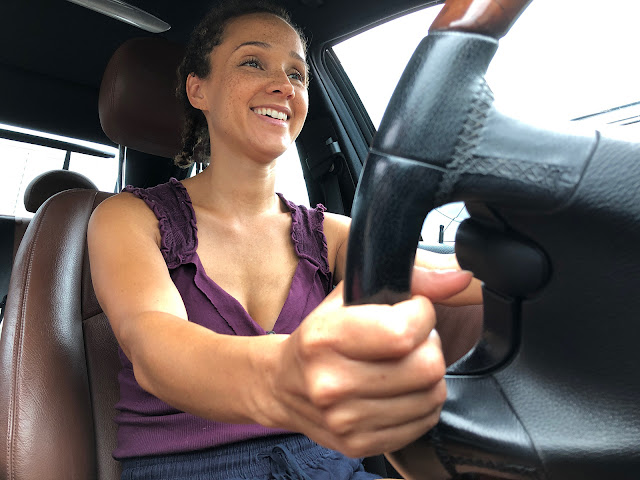 This past Wednesday, we had another successful shoot for No Sleep For Ronni. The Phoenix, Arizona location was generously provided by the Director of Photography, Terry Hogan. He also happened to provided the video gear to shoot it with including his Canon C200. Also on crew was Steve Fellhiemer who ran second camera as well as taking on grip and photographer duties. Micha Jackson was invaluable as the production assistant who carried around the iPhone so director, Robert Lughai, could be present from his Madison, WI location. 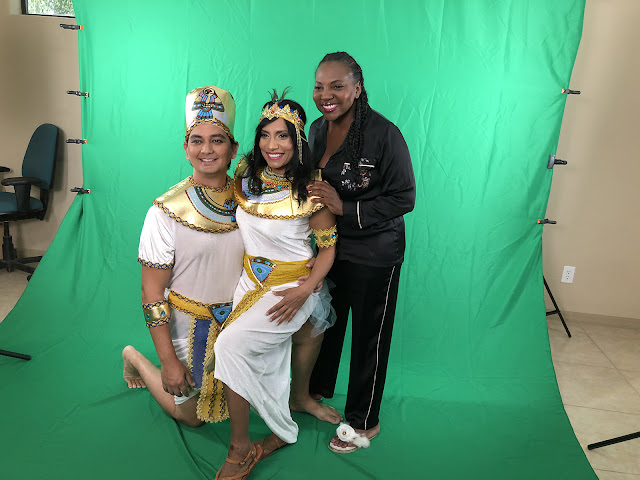 The shoot was broken up into two parts. First we filmed Nadine Jackson who plays Nurse Nia, the hero's ally. We knocked off four different scenes throughout the house, plus a couple on green screen. None of these required audio recording so our shoot times were expedited greatly. 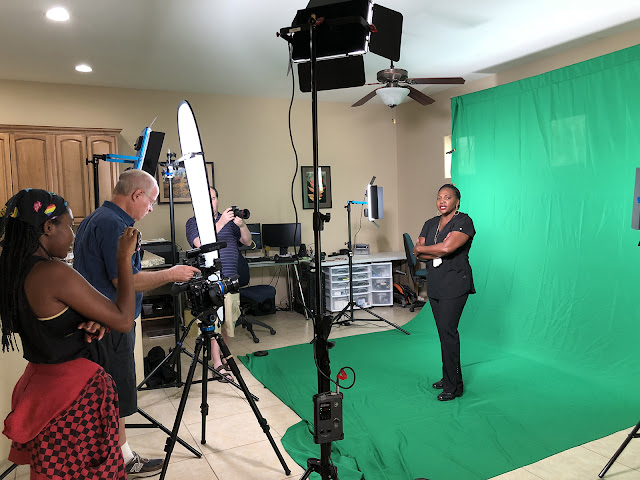 
The second half of the shoot featured Veronica Narang and Ernest Didde Esteban in an Egyptian sequence. The scenes reoccur throughout the film, so we needed numerous different takes, all on green screen and again without the need for sound recording. Got them all in before the wardrobe started to fall apart, just barely. 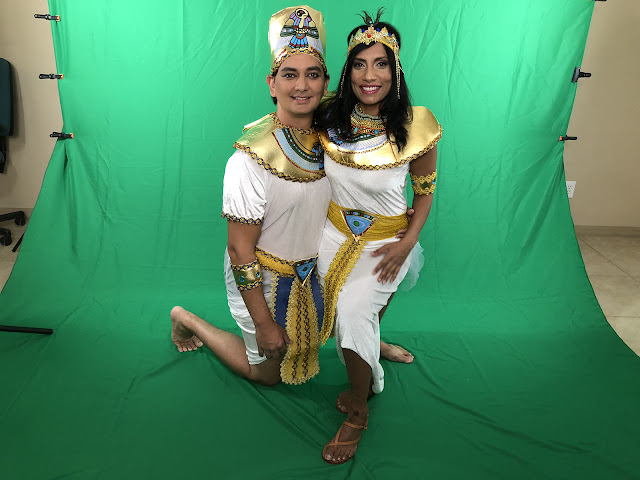 We're starting to get the hang of this long distance production. And of course working with an experienced cast and crew like this truly makes everything flow much smoother.
Posted by Tarazod Films at 12:01 AM 0 comments

Today was spent prepping for tomorrow's No Sleep For Ronni shoot. We're hoping to knock off two different sequences at our location in Phoenix. The first features Nadine Jackson as Nia, an ally of the hero. The second is the Egyptian setting with the film's lead, Veronica Narang, along with Ernest Didde Esteban. 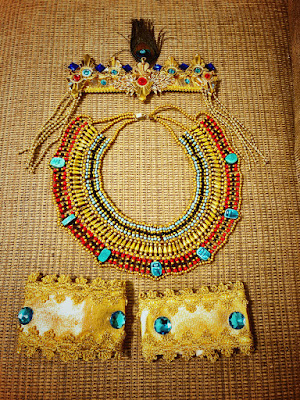 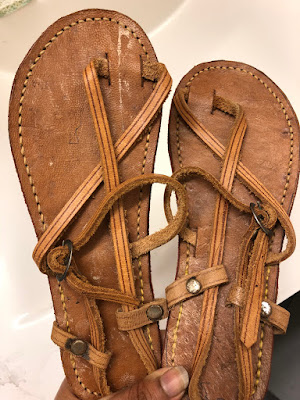 Steamed and pressed costumes ready to go! Thanks Veronica! 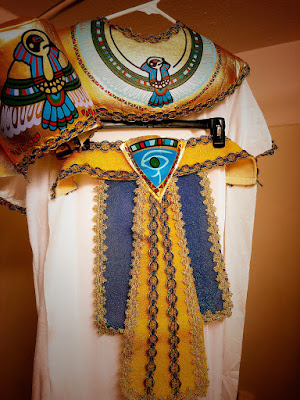 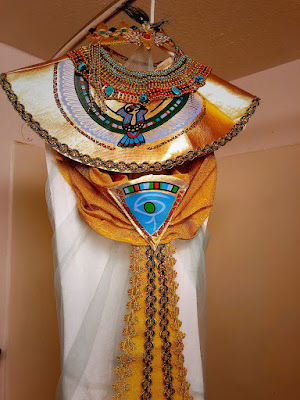 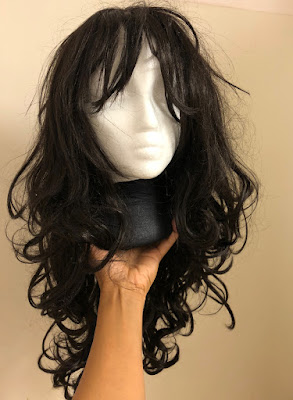 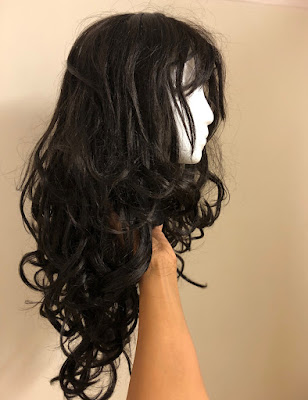 Links to this post
Email ThisBlogThis!Share to TwitterShare to FacebookShare to Pinterest
Labels: no sleep for ronni
Newer Posts Older Posts Home
Subscribe to: Posts (Atom)
Tarazod Films & Media LLC is an independent production company. We produce both the documentary and narrative film as well as a range of commercial work.