Today we shot footage for an instructional video that Tarazod is producing on the Japanese bodywork system of shiatsu. Donna Boucher has been a practitioner of the art for well over 20 years. She also teachers courses to other bodyworkers and will be using this video to aid her students.

Tashai was the body model for Donna to demonstrate on. Cynthia Nolen directed and ran camera. She is a veteran of television work and happens to also be a practitioner of bodywork herself. Robert ran behind the scenes keeping things moving smoothly. 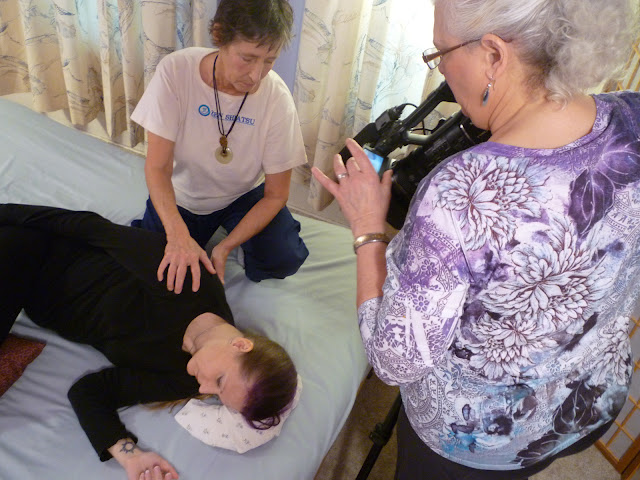 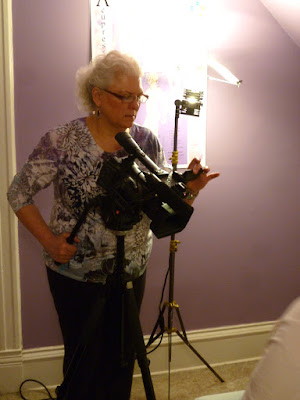 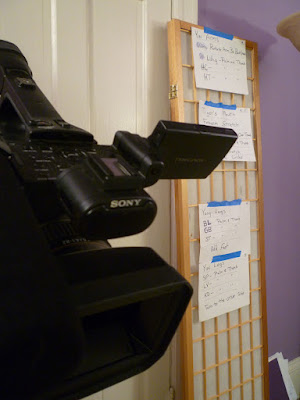 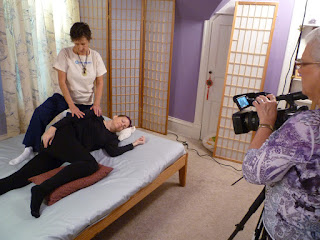 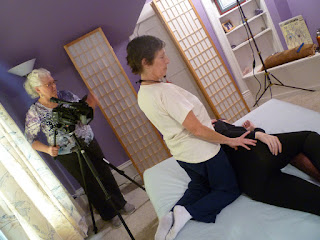 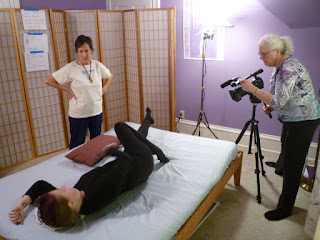 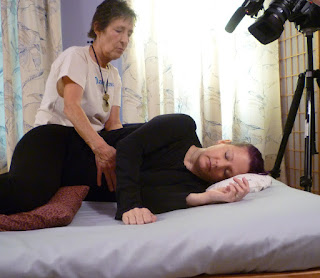 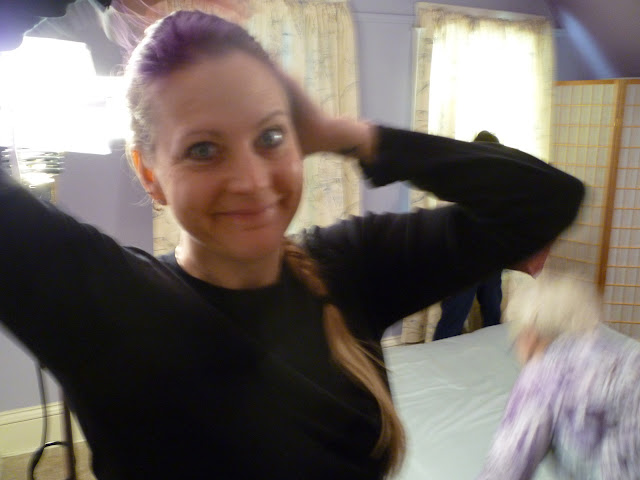 Robert will now bring the footage into the editing program to begin post-production work, which will also include a couple sessions of voice-over with Donna.
Posted by Tarazod Films at 7:00 PM 2 comments