Last week Tarazod shot the 2016 Mad City Vegan Fest. Today, we finished the last of six videos that have been uploaded to their youtube channel. Below is a sample clip with the intro and title plate for headliner speaker, Michael Gregor, M.D. (whom we also filmed back in 2008 for our Mad City Chickens documentary).

Tarazod was hired this year to once again film and edit the Mad City Vegan Fest. Yesterday, we set up a three-camera shoot at the day-long event, which for the first time, took place at the Alliant Energy Center in Madison. As with the past couple years, there were six different presentations, multiple camera angles, and a separate audio track. Robert was assisted with the shoot by Colin Cameron. We'll have the edit completed and up on the Mad City Vegan Fest youtube channel by week's end. 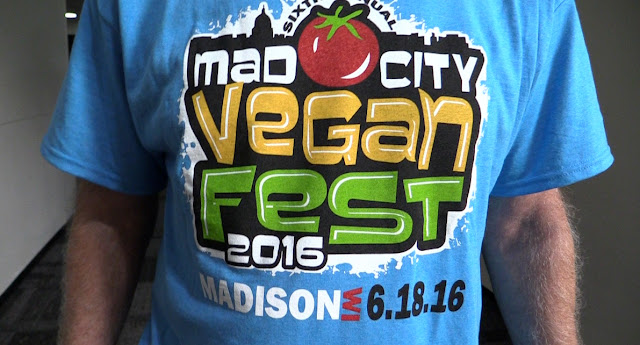 The latest project from Nicholas Wootton (of Windmiller Media) is a documentary with the working title of Why We Ride Naked. The subject matter is the World Naked Bike Ride and the people who participate in it.

Robert has been assisting with the production, and recently, he and Nicholas were interviewed about it by Samara Kalk Derby of the Wisconsin State Journal.