Tarazod was hired back in March of this year to produce and edit a series of short educational videos for the National Science Teachers Association. The project was to be funded through a grant from the Disney Company, and it would be shot inside a Madison Metropolitan School District classroom. After months of paperwork and preparation, the 5-day shoot finally took place last week with a group of second graders.

Robert ran one camera, Erik Witt was on second, plus we had two more for wide shots. 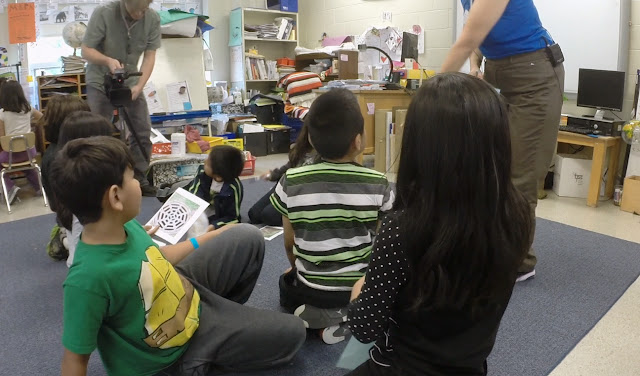 We still have some talking-head to get with the teachers, and the edit will take some while to finish, but at least the bulk of production is now complete.
Posted by Tarazod Films at 12:01 AM 0 comments

Just God--the collaboration with Windmiller Media and Exchange Productions--has finally reached fruition with the movie being issued on DVD. There were a few versions of the film to choose from, one shorter and tighter, another longer, and even a Director's Cut. Robert never really felt the film was quite done, too many places on the time line that could have been condensed or eliminated, plus the soundtrack and other areas also needed more finishing work. But a film is never done, right? In the end, the decision of which version to release belonged to the director and executive producer, Nicholas Wootton. Thus, it's the Director's Cut that you'll see on the disc. He also included over an hour of extras and interesting behind-the-scenes bonus features. 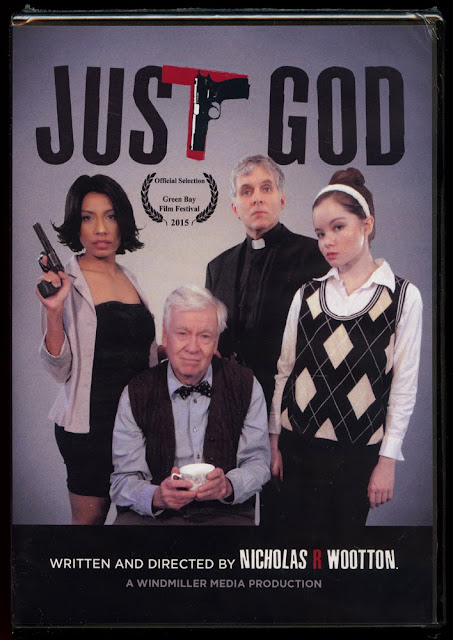