Last month, Robert shot a Madison Civics Club event at the Monona Terrace along with Luciano Matheron of Brazen Video Productions and WYOU board member Karen Huismann. Today, the three returned to the convention center to record another excellent MCC talk. The speaker was Jackie Joyner-Kersee, named by Sports Illustrated as “the greatest female athlete of the 20th century.” 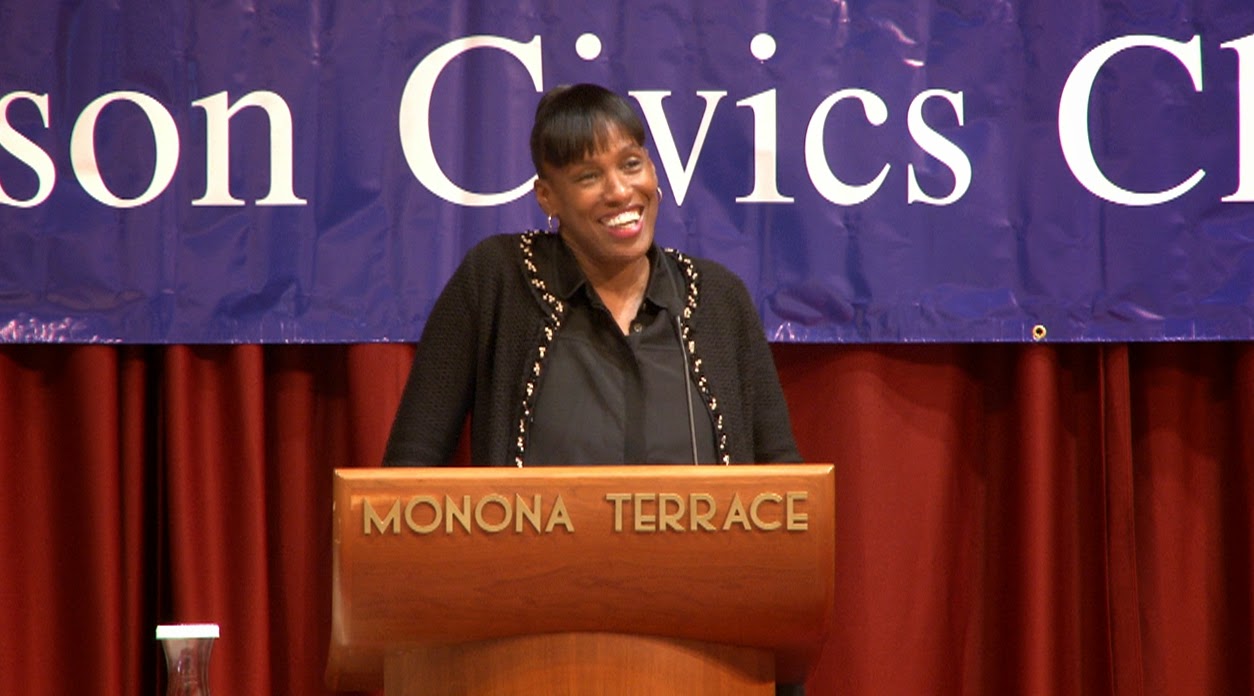 The programs, which are being assembled by editor Ivy Suryana, will air on WYOU--Madison's Community Television.
Posted by Tarazod Films at 10:22 PM