Against Robert's better judgement, we had the first test screening of Just God yesterday afternoon at the High Noon Saloon in Madison. In recent weeks, we've made some major editorial decisions and have trimmed a number of minutes off the total running time. Tighter is better and the film benefits from it. Yet, the movie is still a work-in-progress and not ready to be shown to the public. The rewards of having a test audience are somewhat wasted on the fact that the film is not in a finished form. Writer, Director, and Executive Producer Nicholas Wootton feels differently, though, and it's his decision to make.

Nicholas and Robert on stage during the Q&A along with host Francisco Torres. The humorous choke hold is done in fun but does represent some of the on-going creative differences we've had on this project. 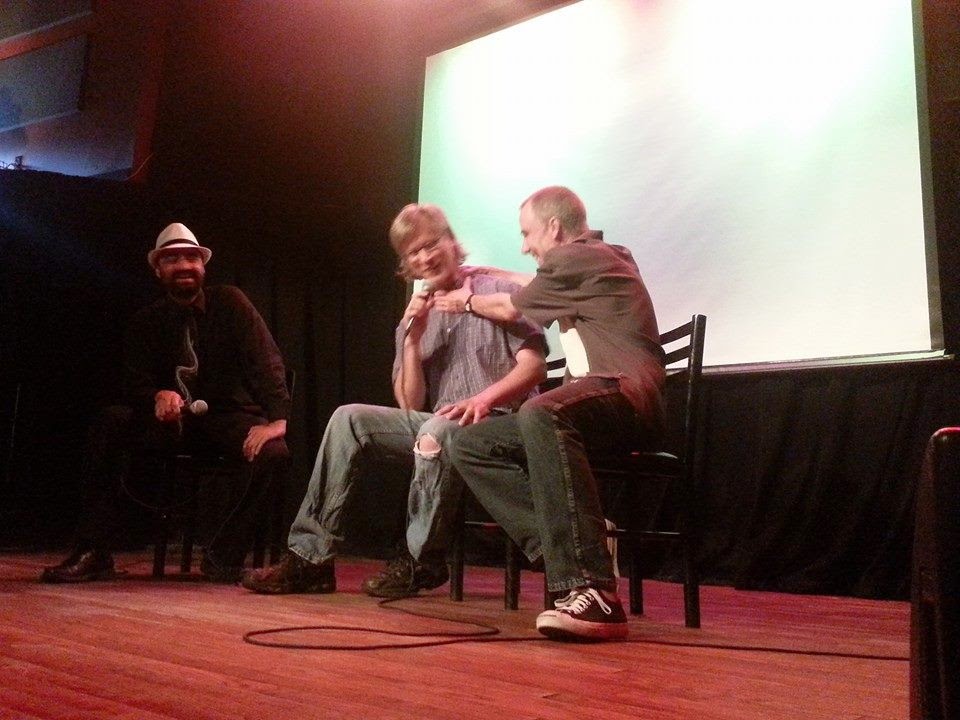 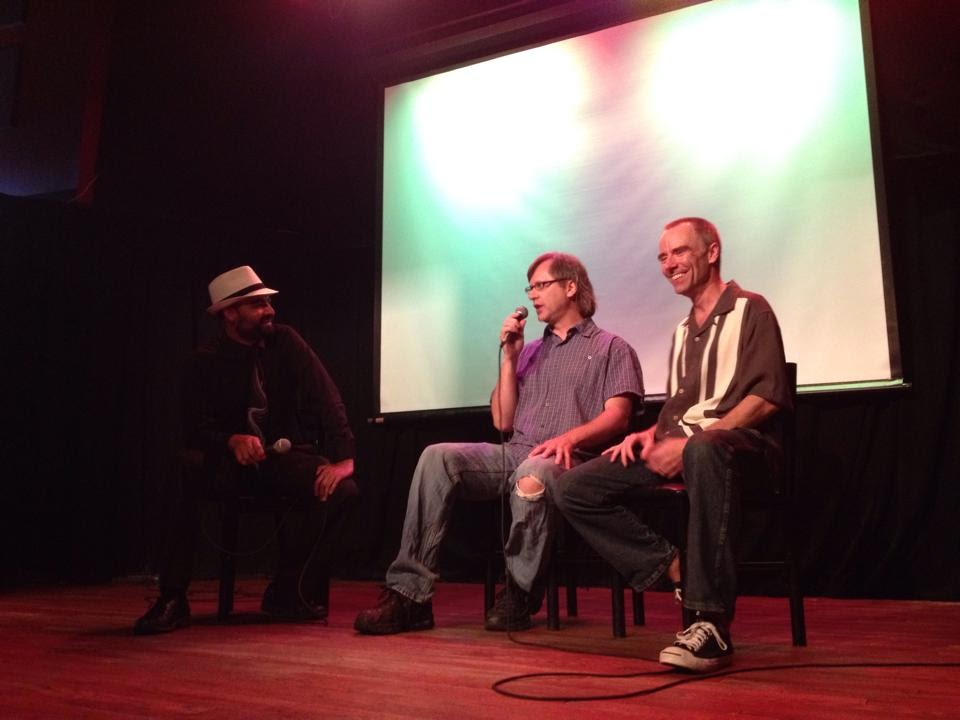 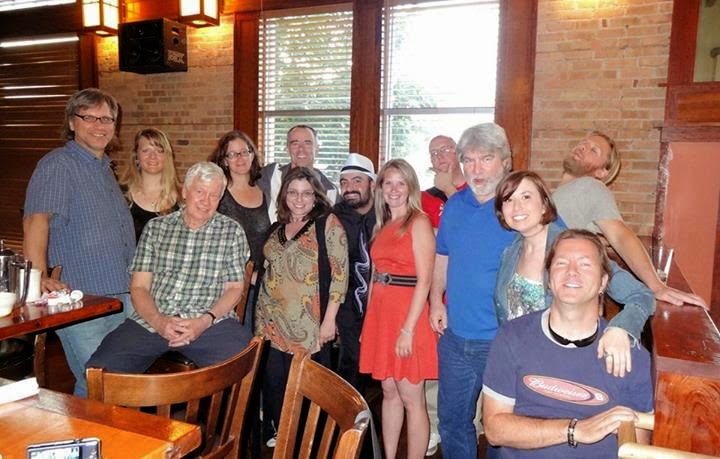 Photos by Kelly Lajter & Zaher Karp.
Posted by Tarazod Films at 12:30 AM