Two weeks ago today we shot the "crowd scene" for The Weather Report. Here's a few productions pics from the shoot.

As he exits the building, Don (Odari Kimani) is confronted by news reporter Trudy Webster (Veronica Harper) and a throng of screaming fans, mostly women. Don slips down the steps, past the reporter and her camera operator (Jeff Blankenship), but he isn't as elusive with the waiting mob. His pants, in particular, don't fare too well. 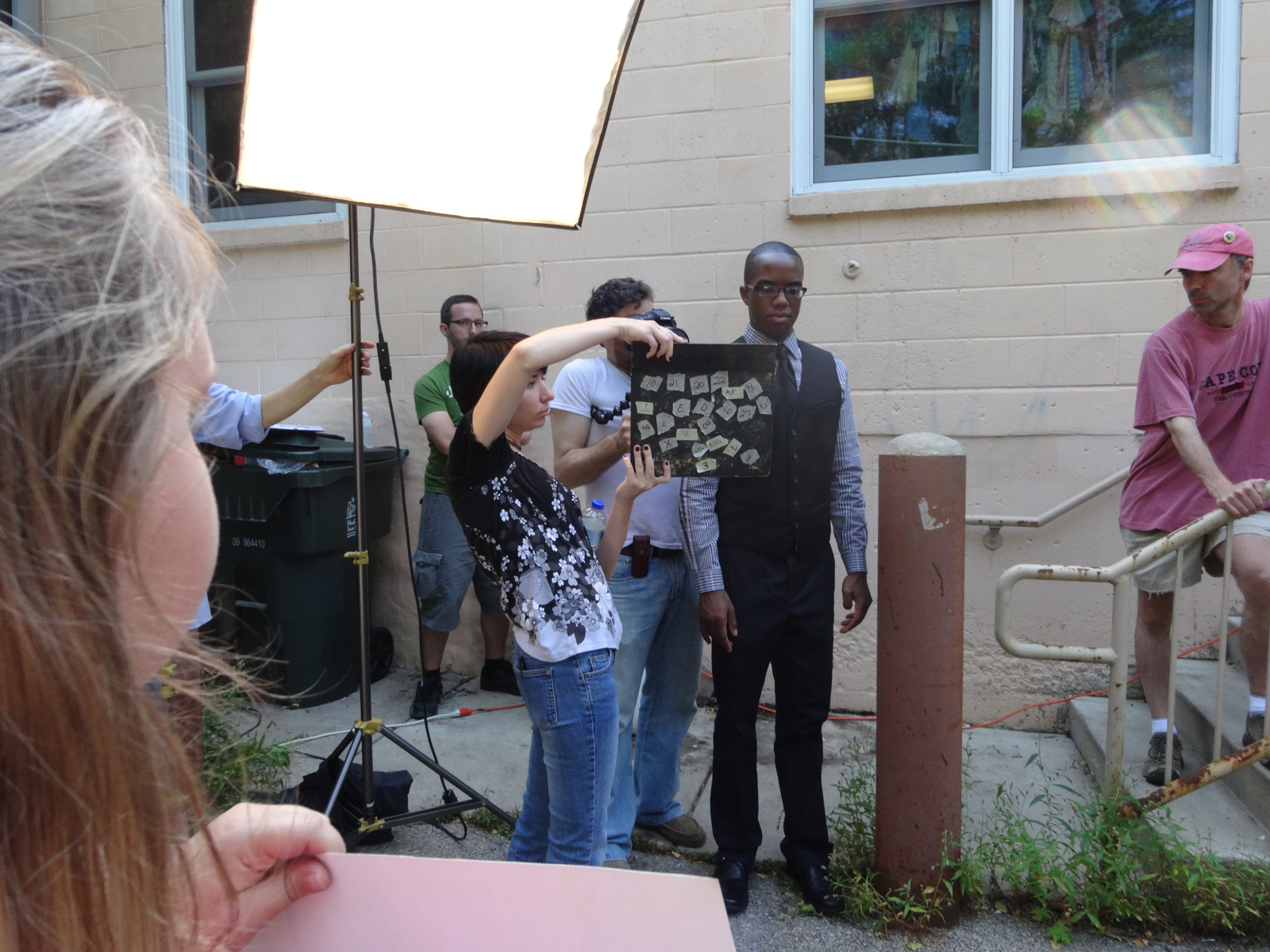 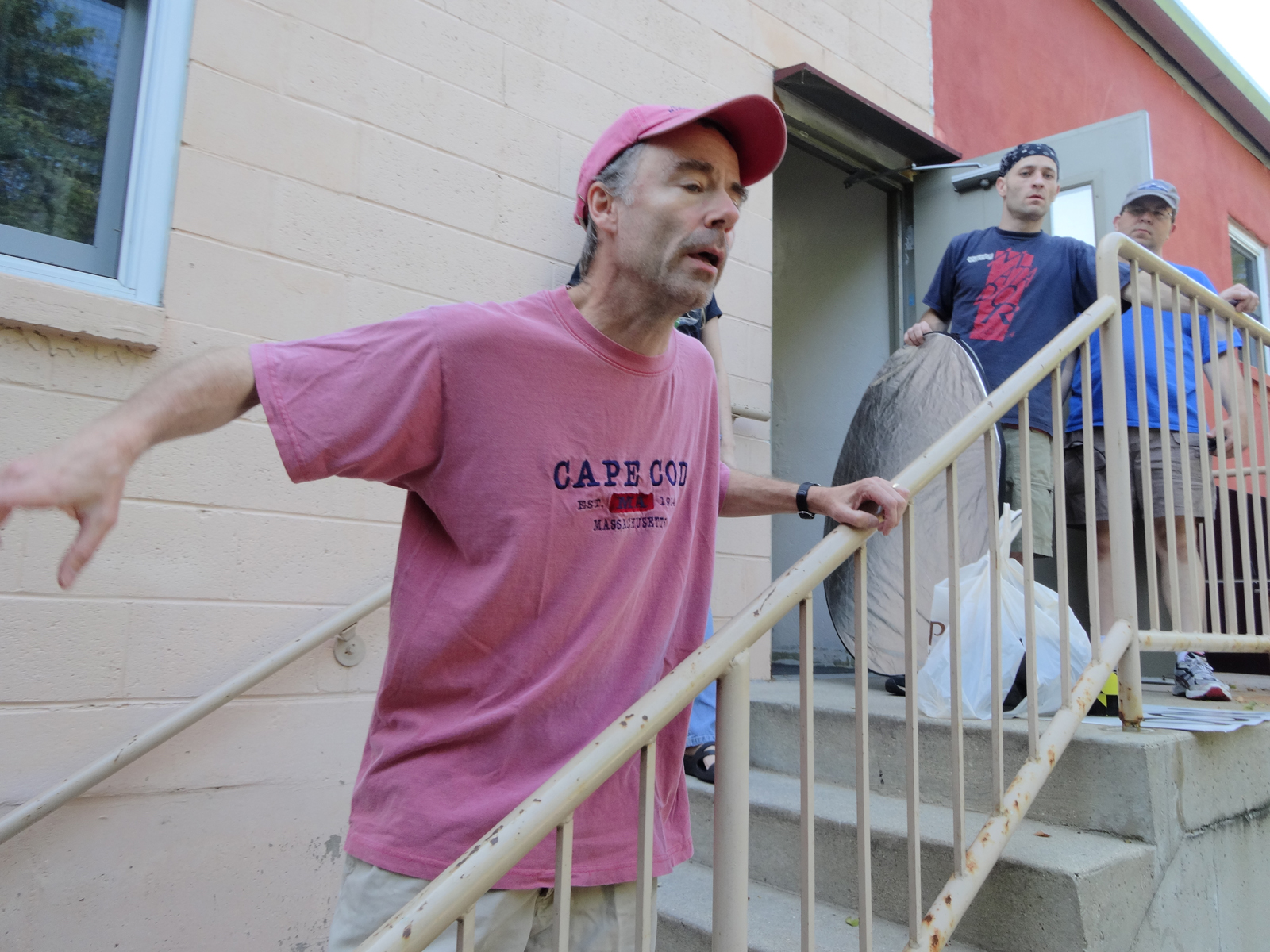 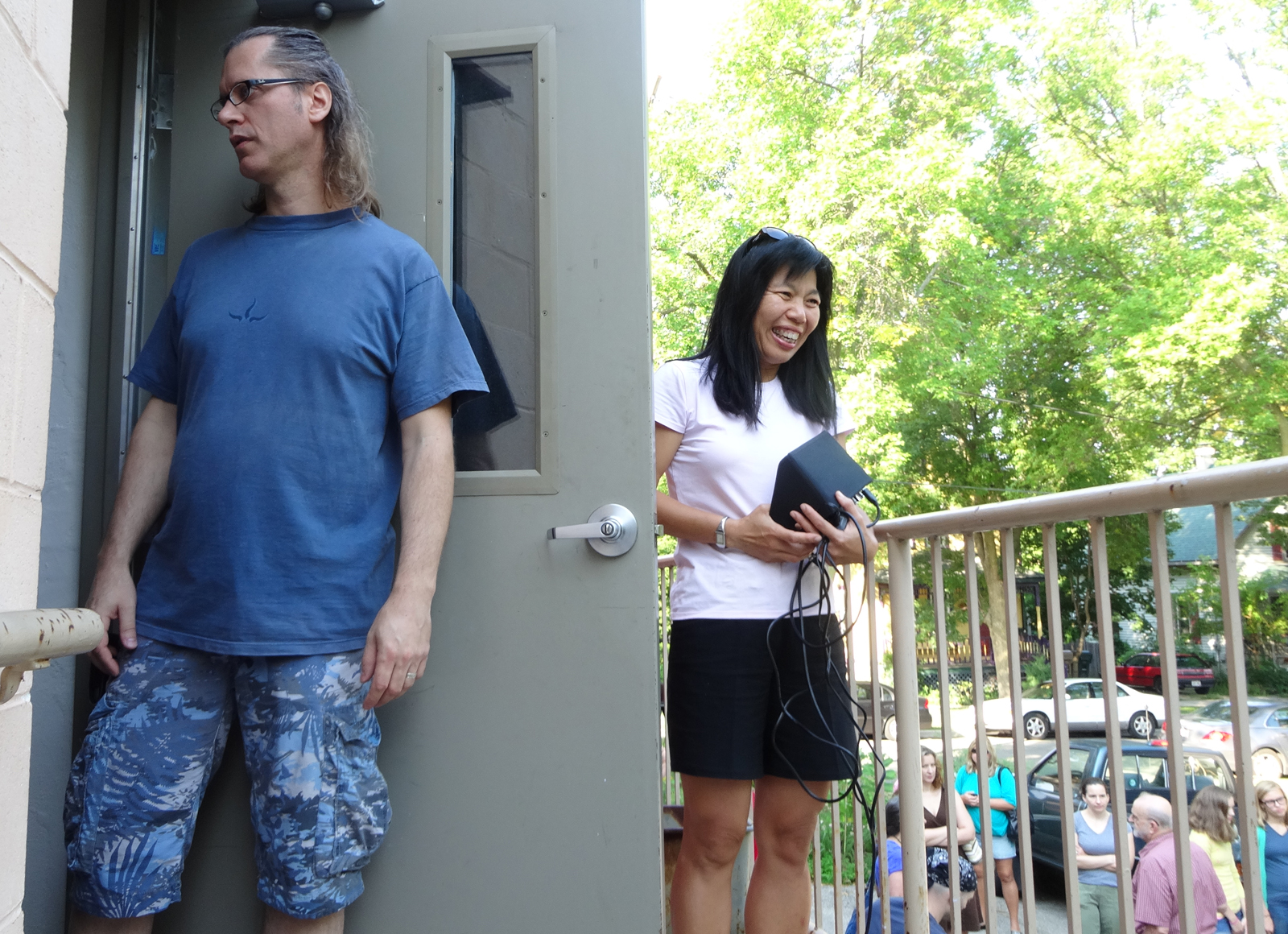 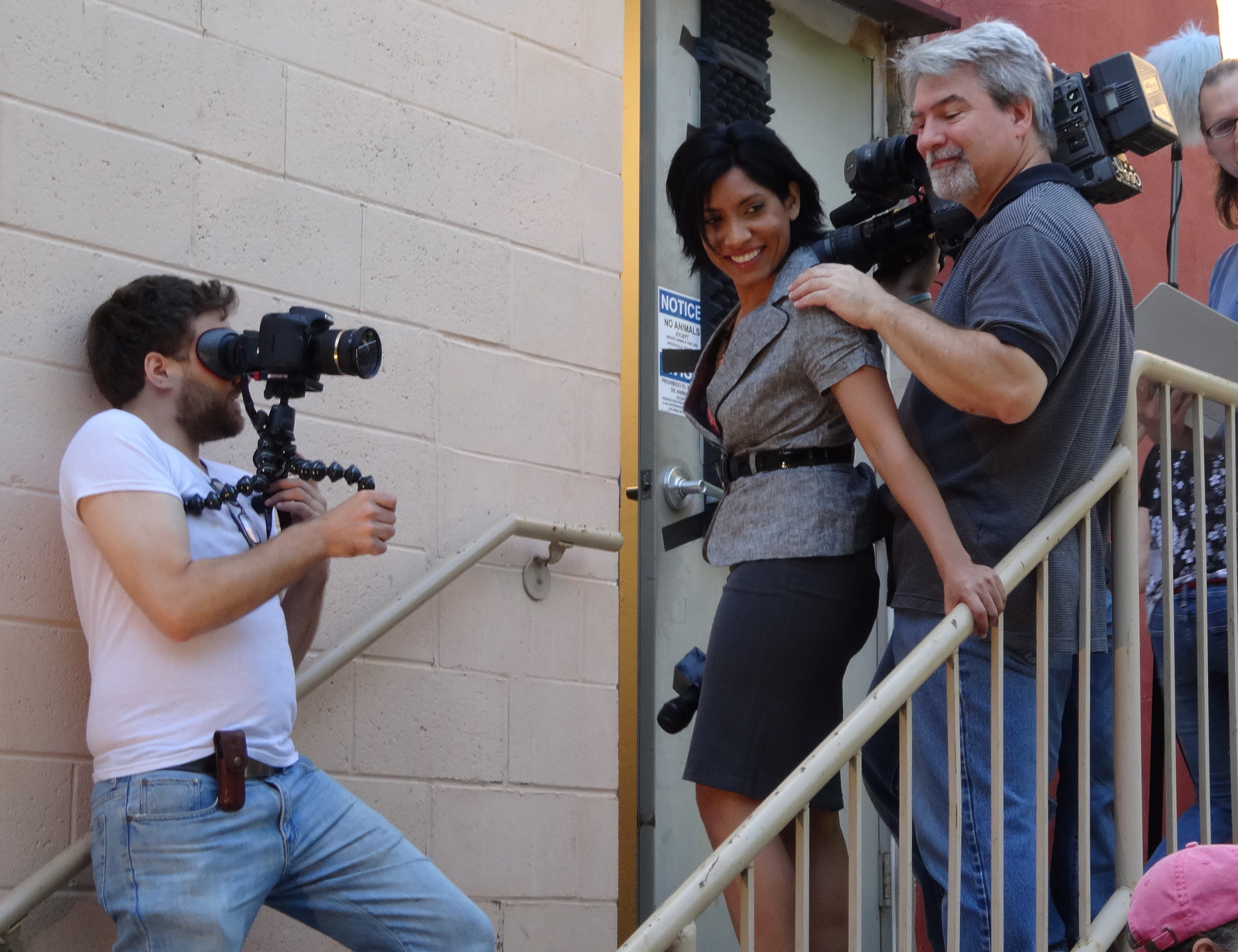 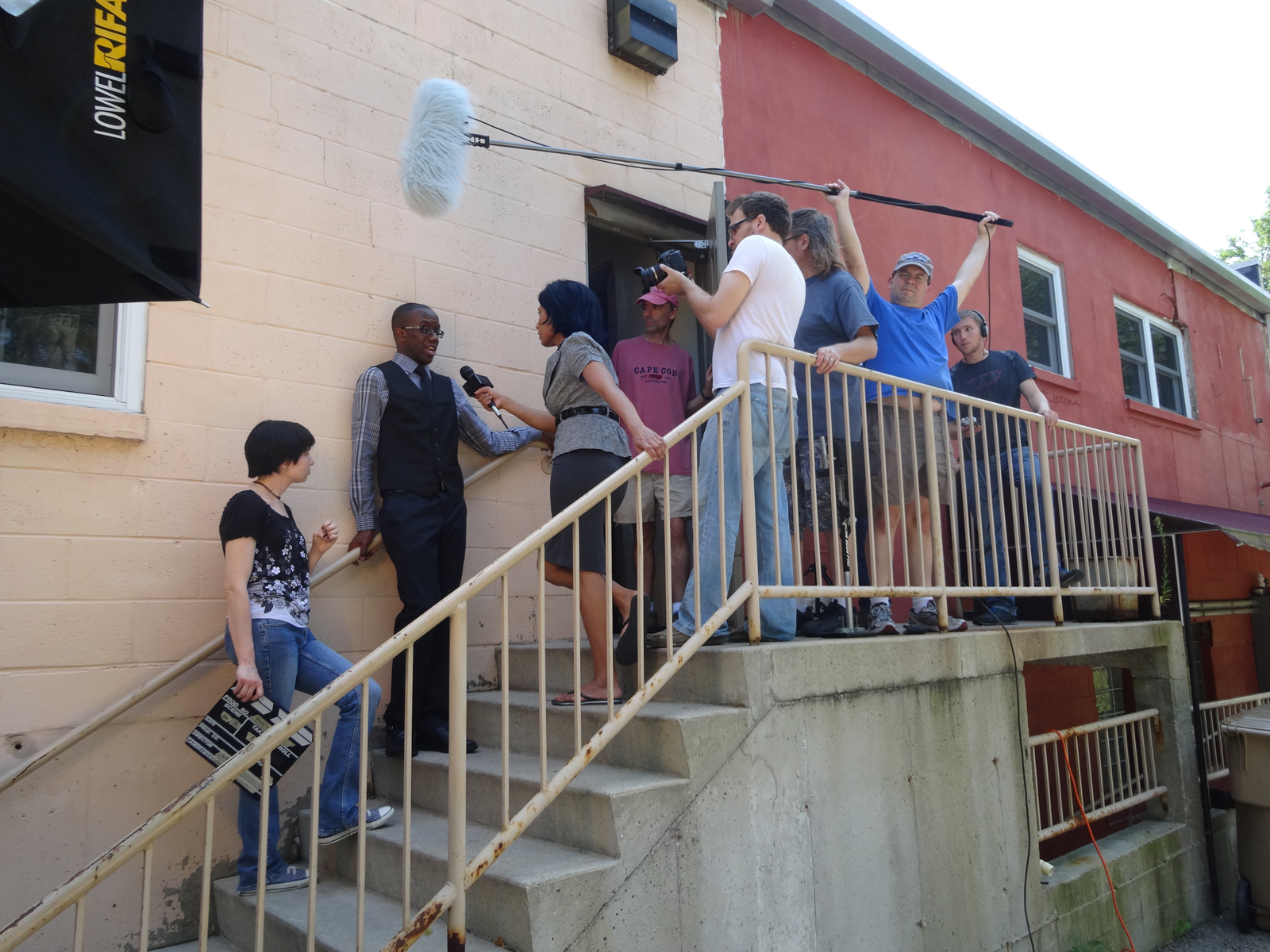 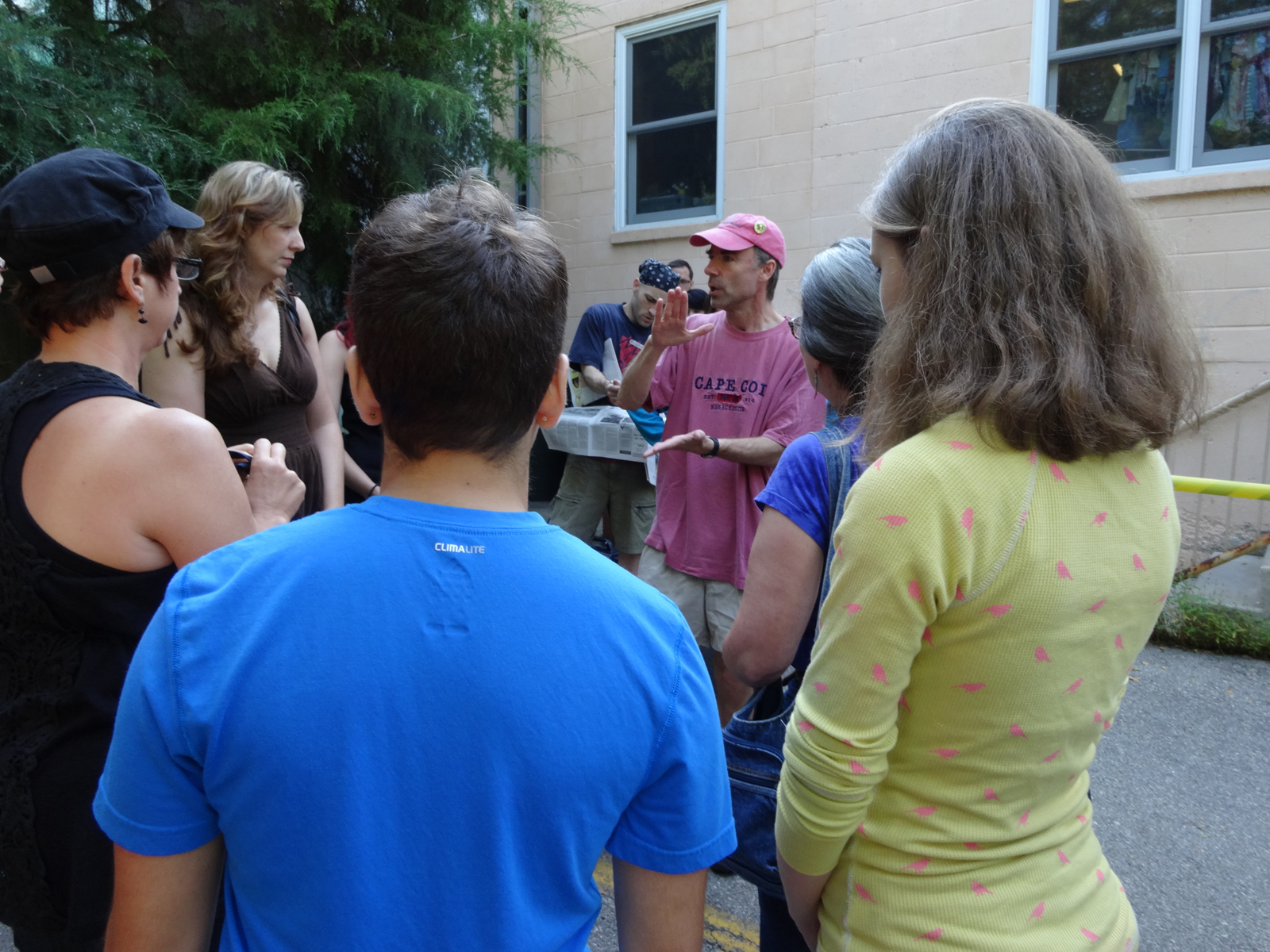 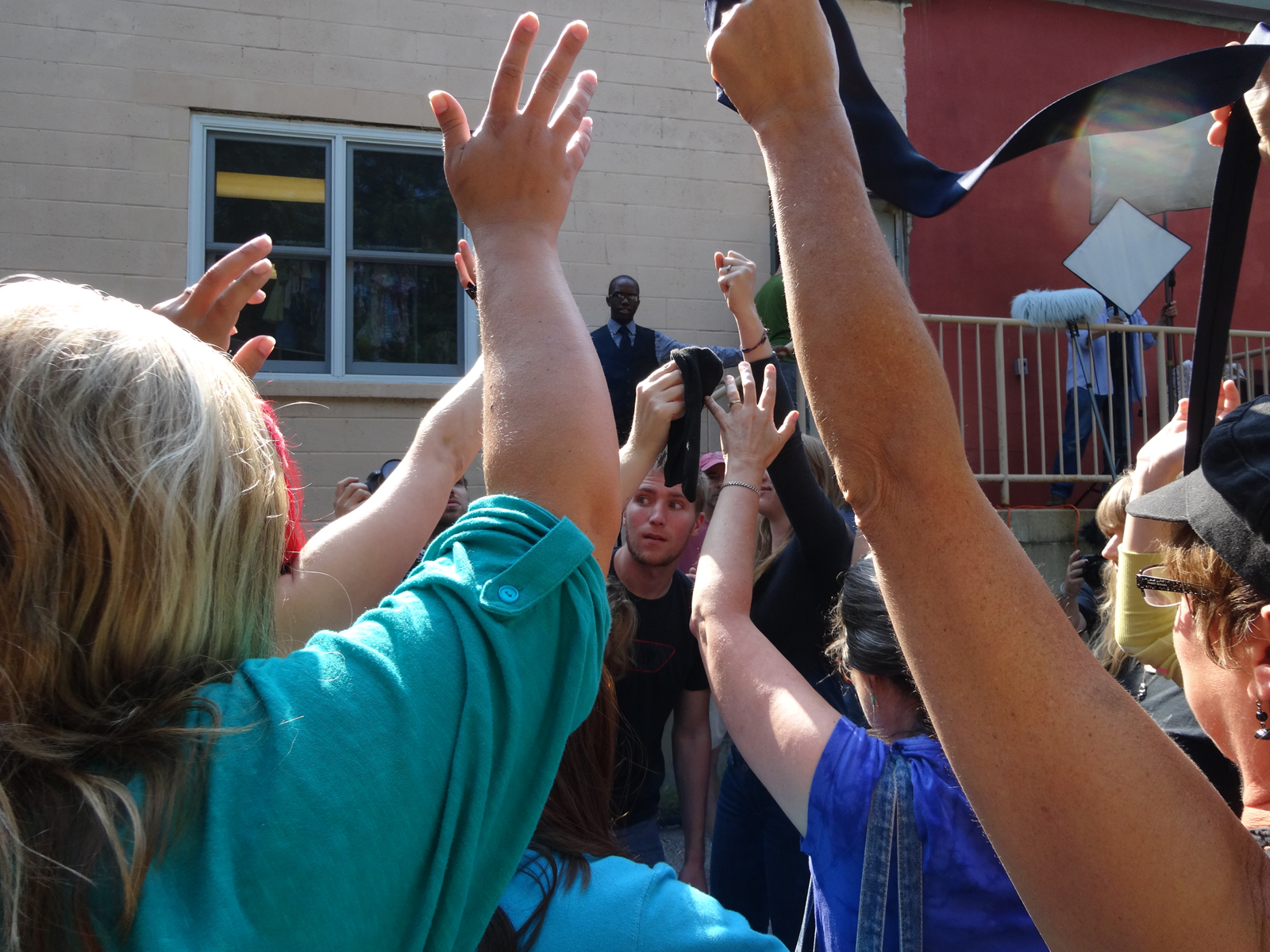 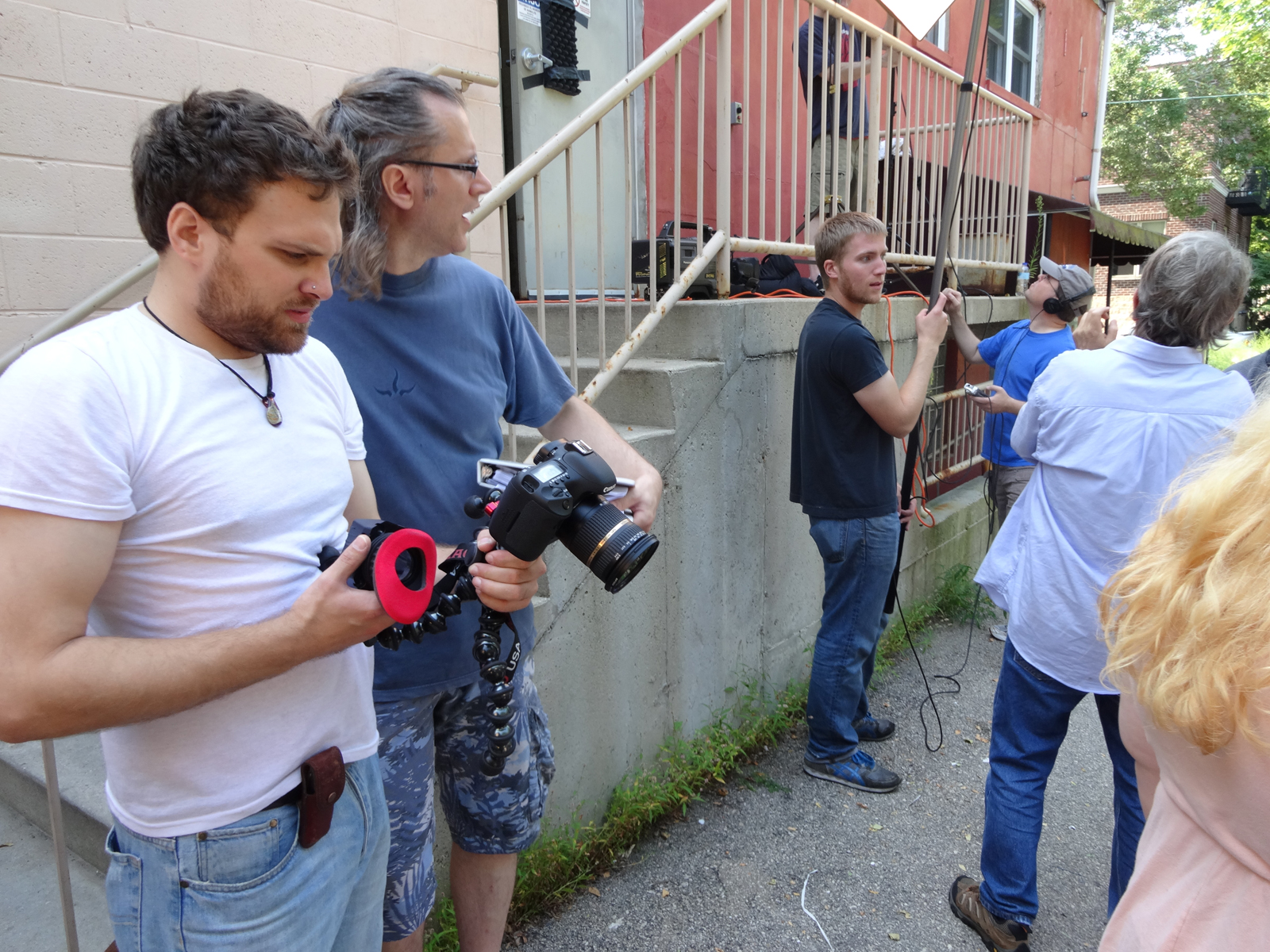 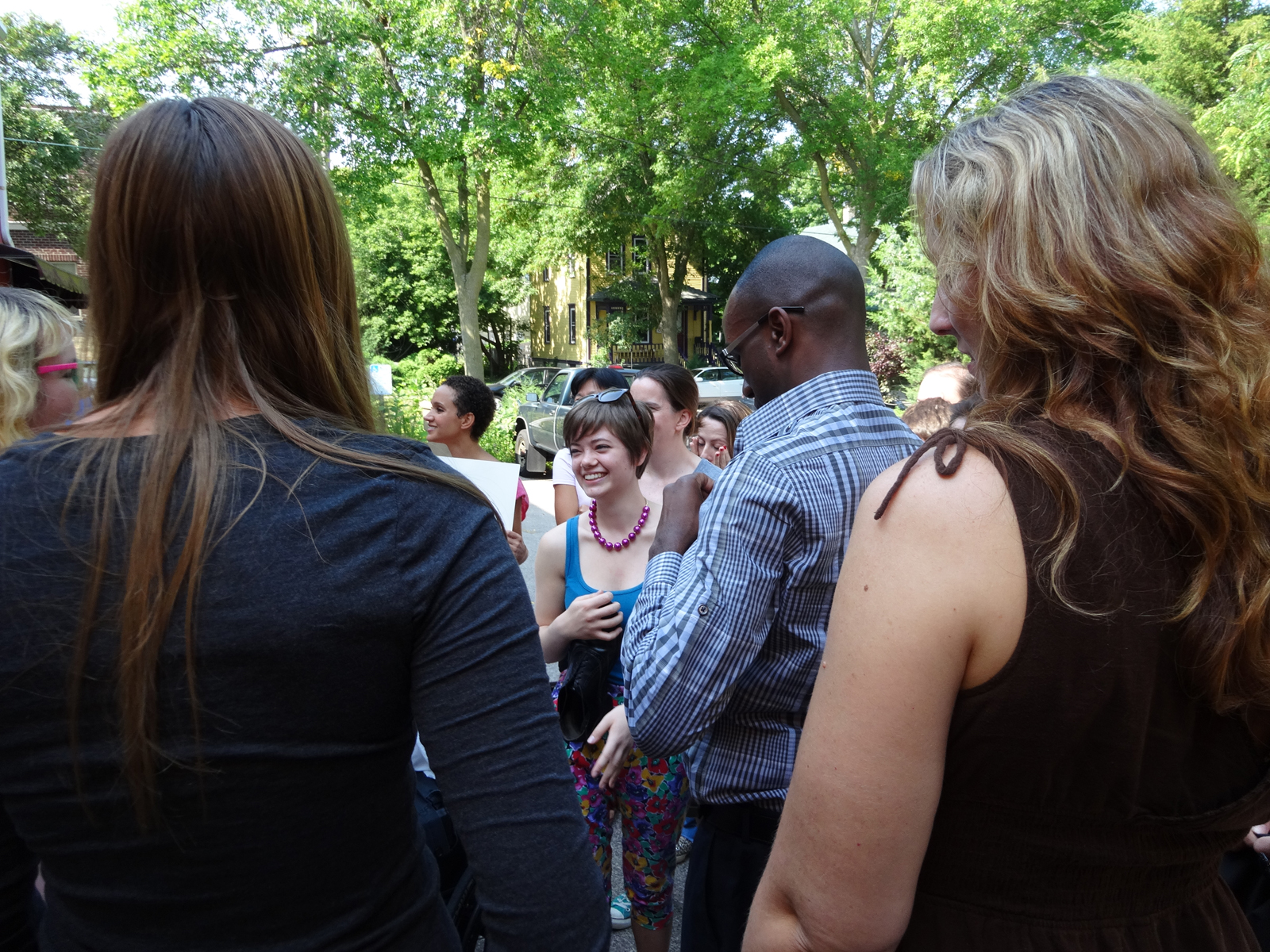 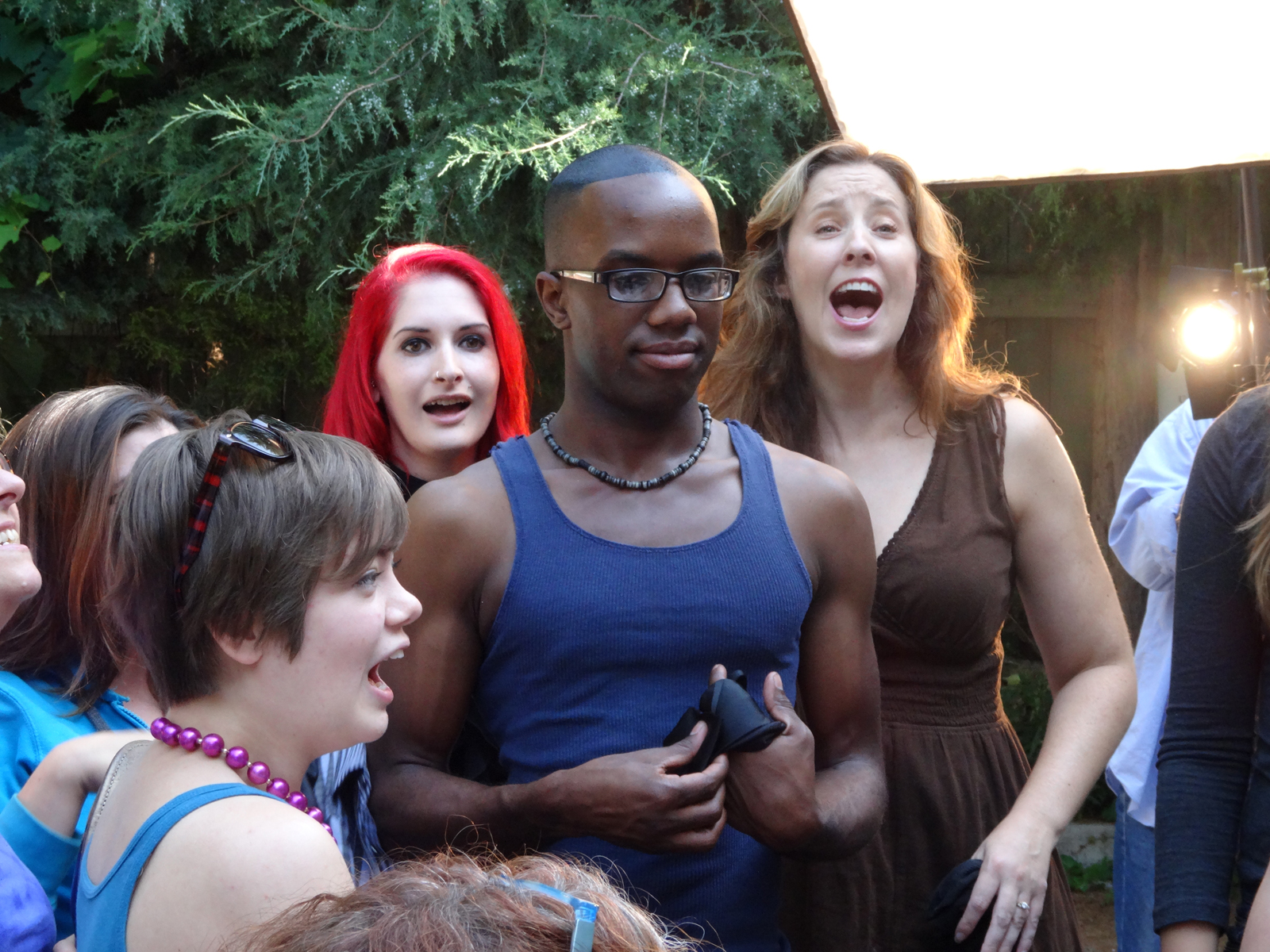 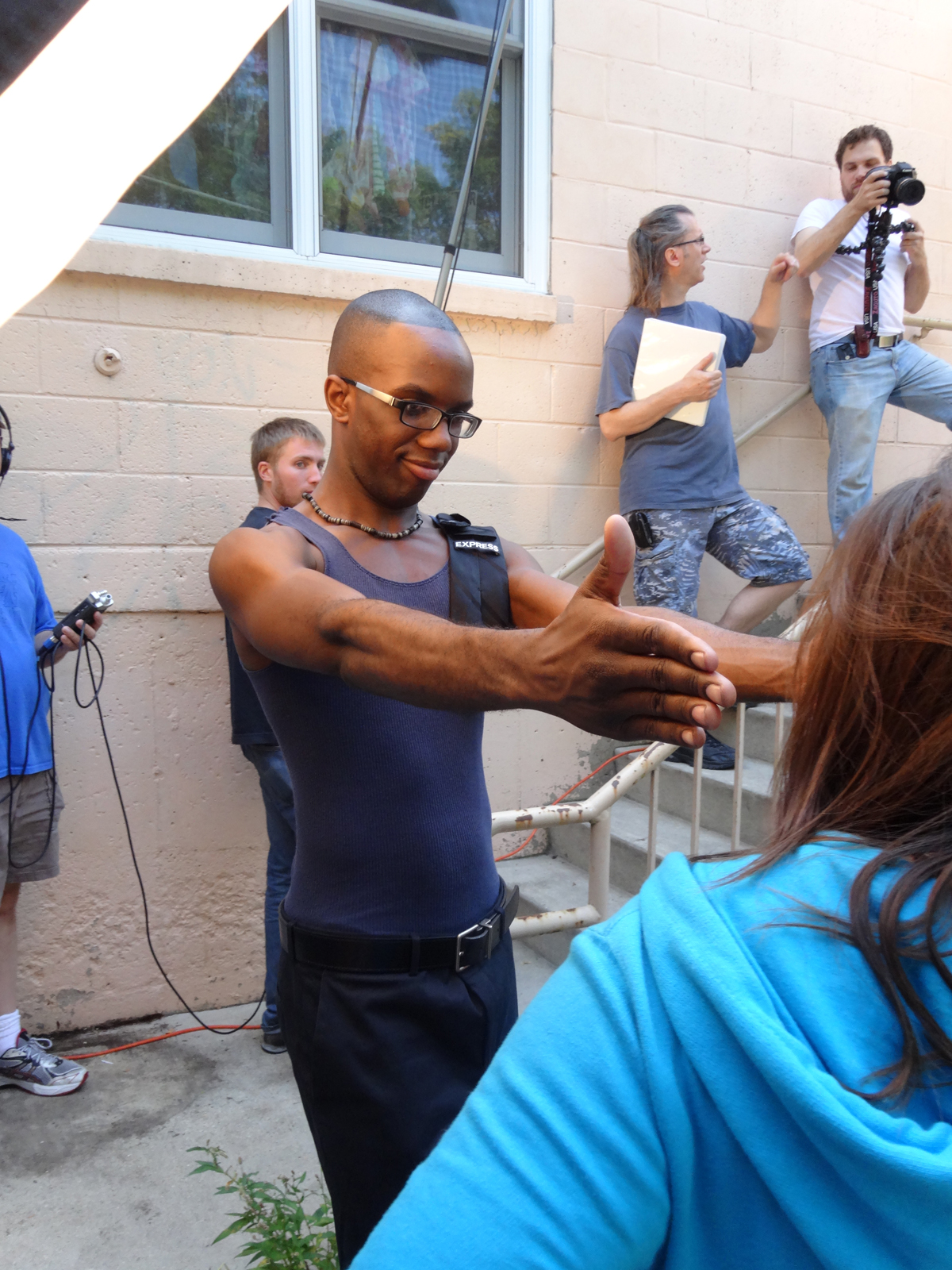 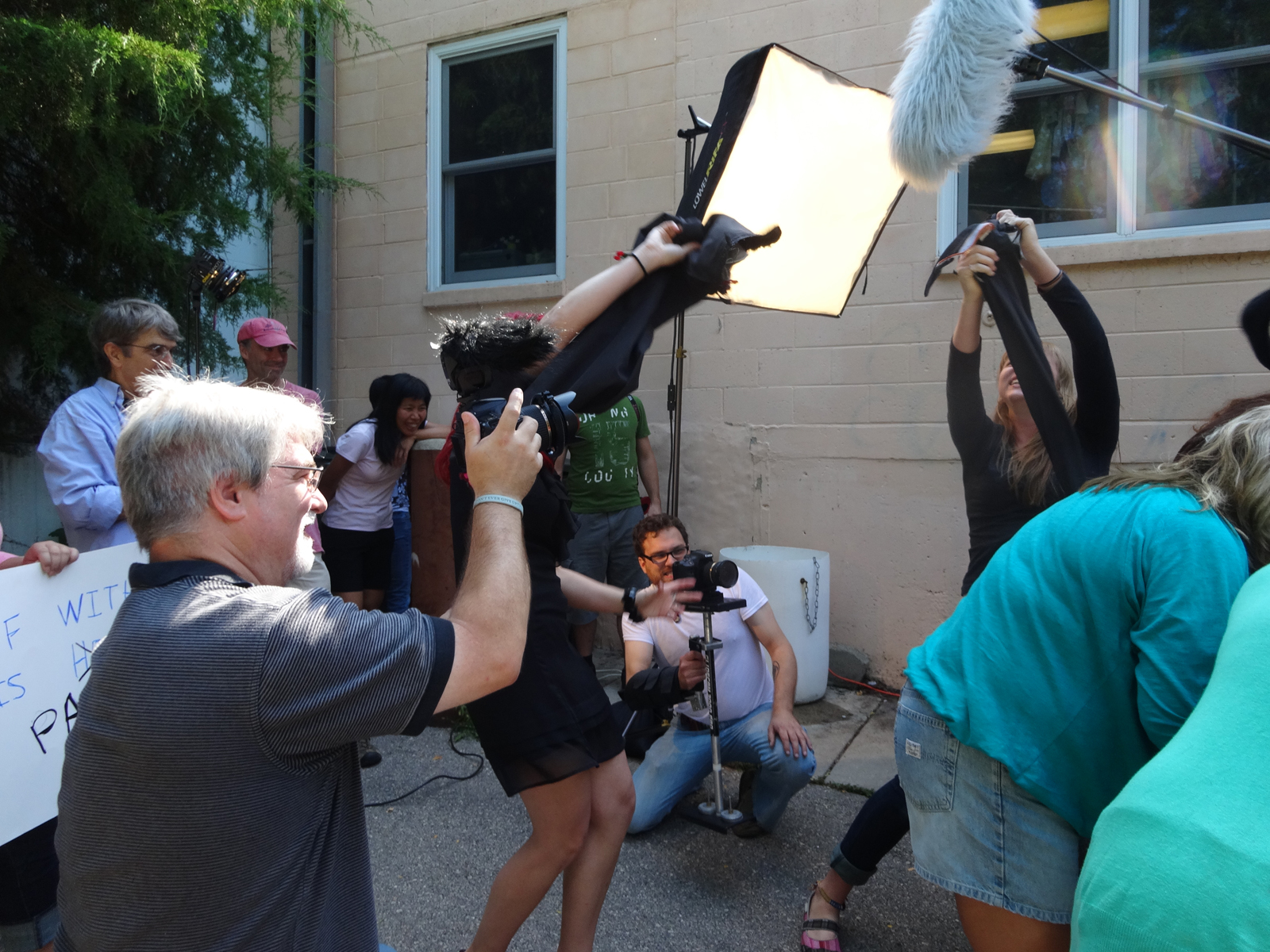 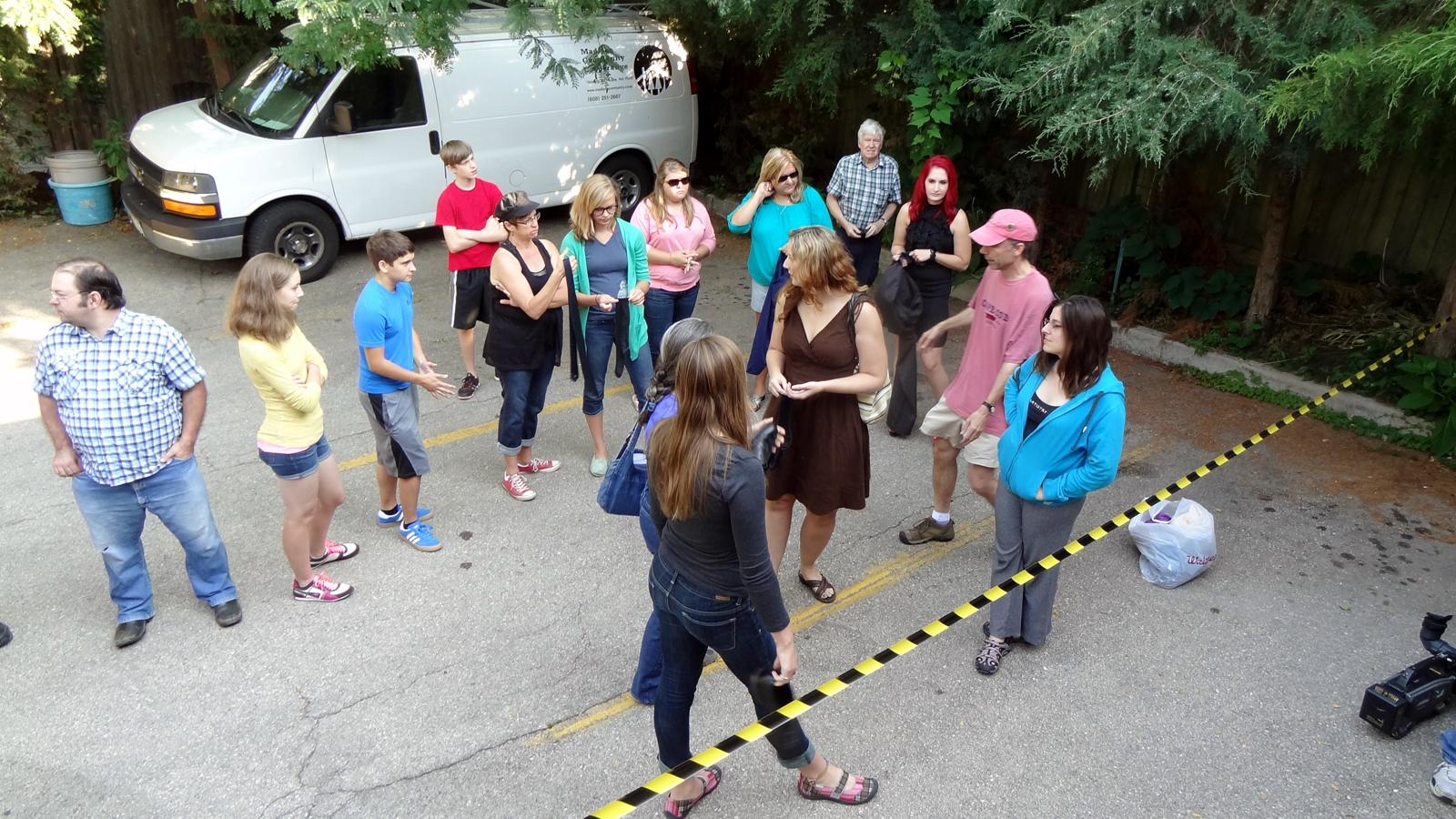 Addition image courtesy of Kelly Lajter.
Posted by Tarazod Films at 2:00 AM