Strindberg's Assistent is Not Lost!

It was in the summer and fall of 2011 that we shot the footage for our short narrative, Strindberg's Assistant. A lot has happened since then, unforeseen events which delayed the post-production for far longer than we would have liked. Yet, two years later, we're happy to say that the project is still alive. The film's edit is progressing. Plus a trailer is near completion and will soon be released online.

Actors Georgia Curry and Patrick Garvey (as Katina and Bjorne) on location at the Livingston Inn in Madison. 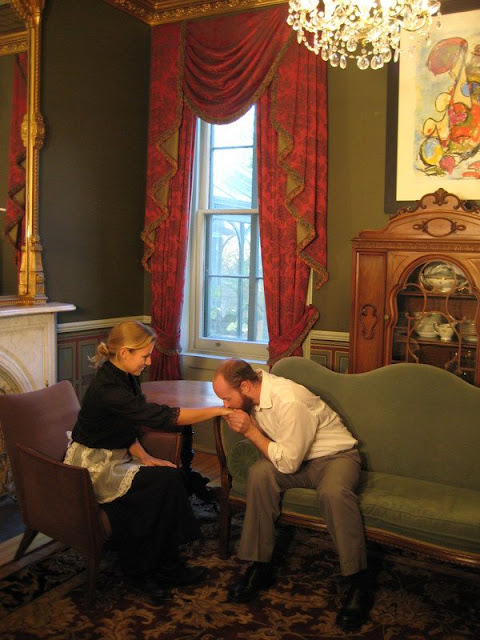 Photo by Ivy Suryana
Posted by Tarazod Films at 12:01 AM