Pickup Shots for The Weather Report

Yesterday, our skeleton crew worked through the few remaining pickup scenes for The Weather Report. The first location took place at the TV station office for our news reporter Trudy Webster (Veronica Harper). This was shot in the reception office at the village of Oregon cable access station.

L-R: Producer Rick Richards talks with Dan of the Oregon station; Veronica looks over her lines; cinematographer Michael Haven prepares to set up the first shot. 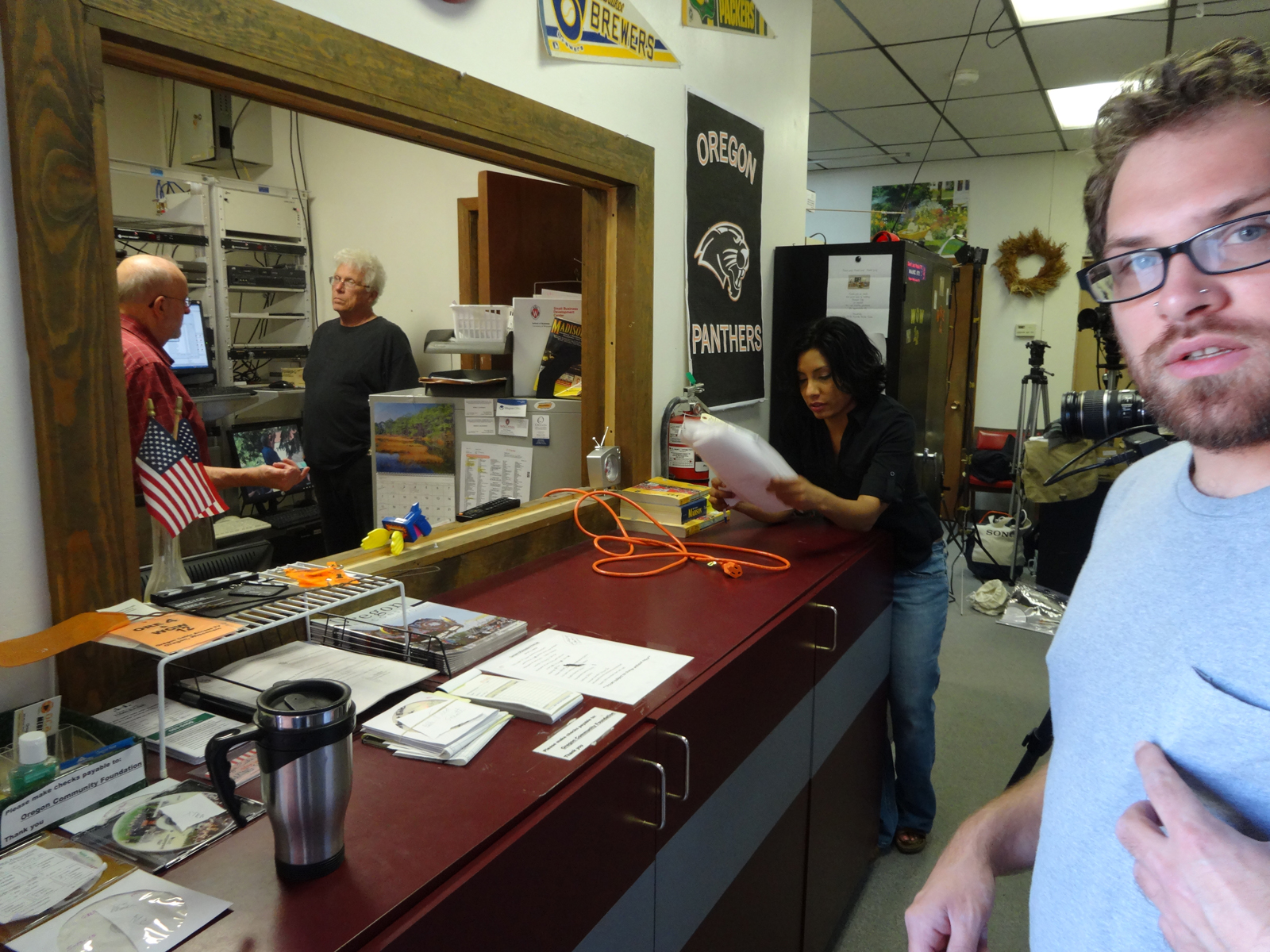 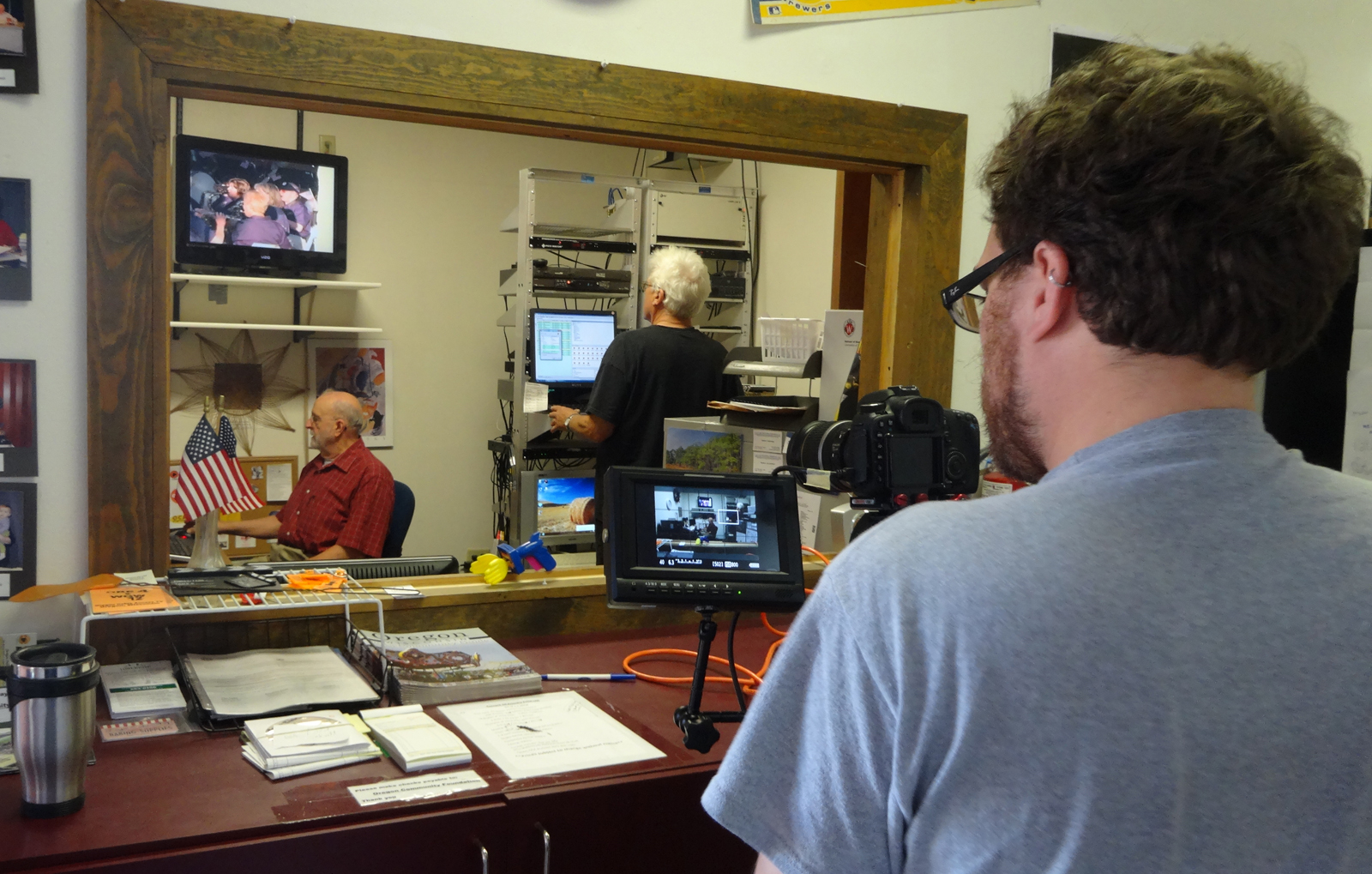 Robert goes over the scene with Veronica and Michael. 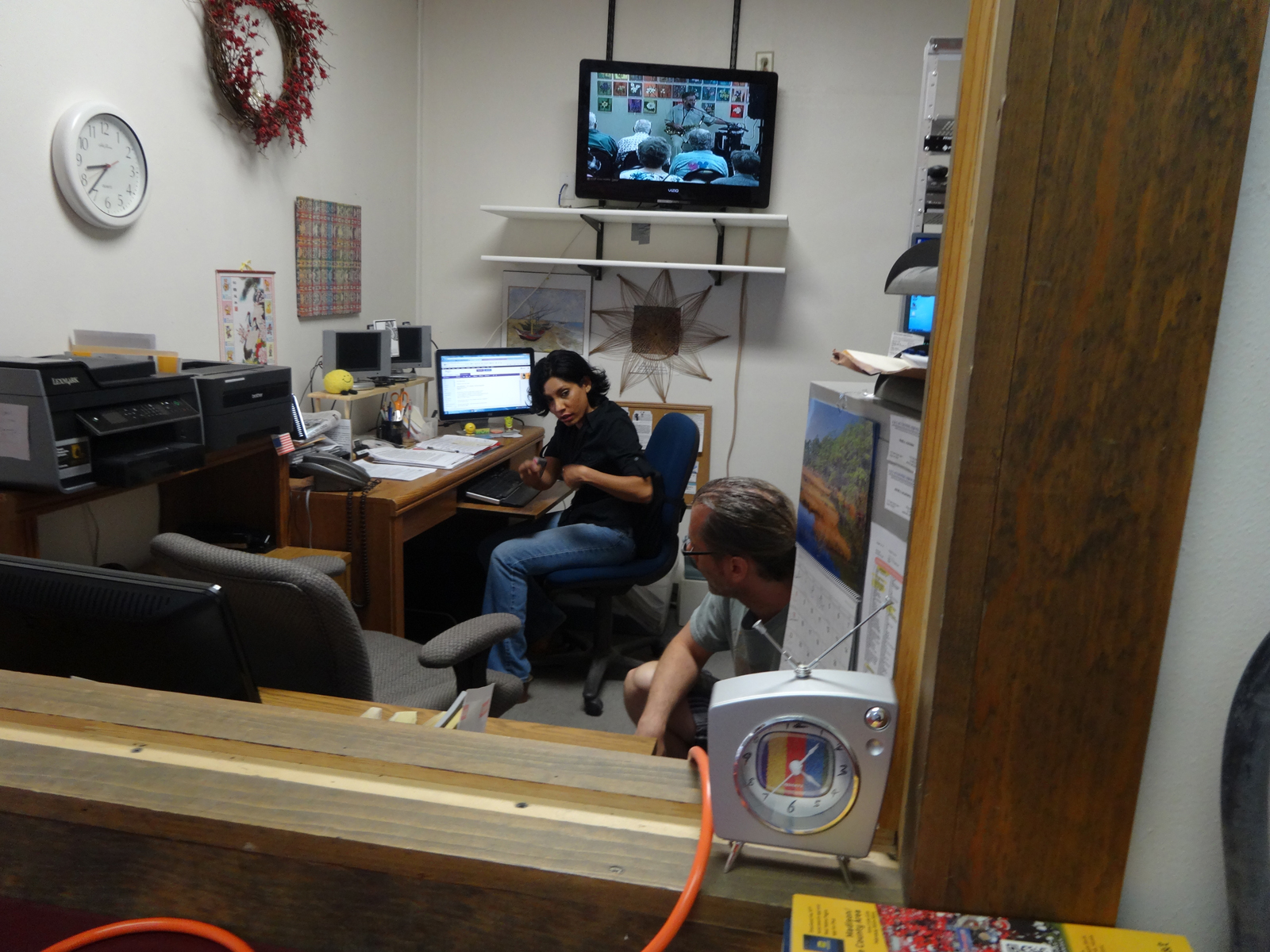 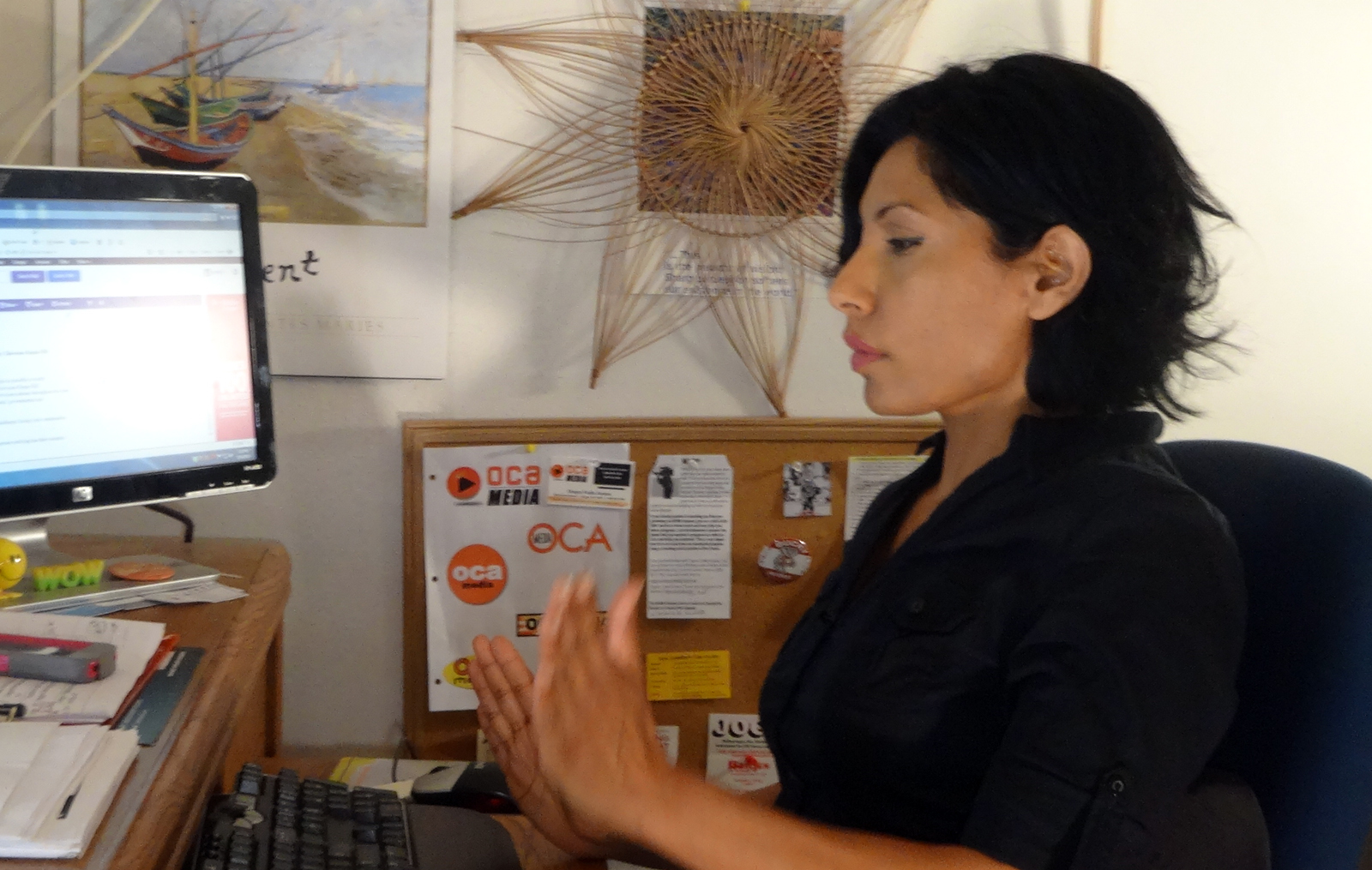 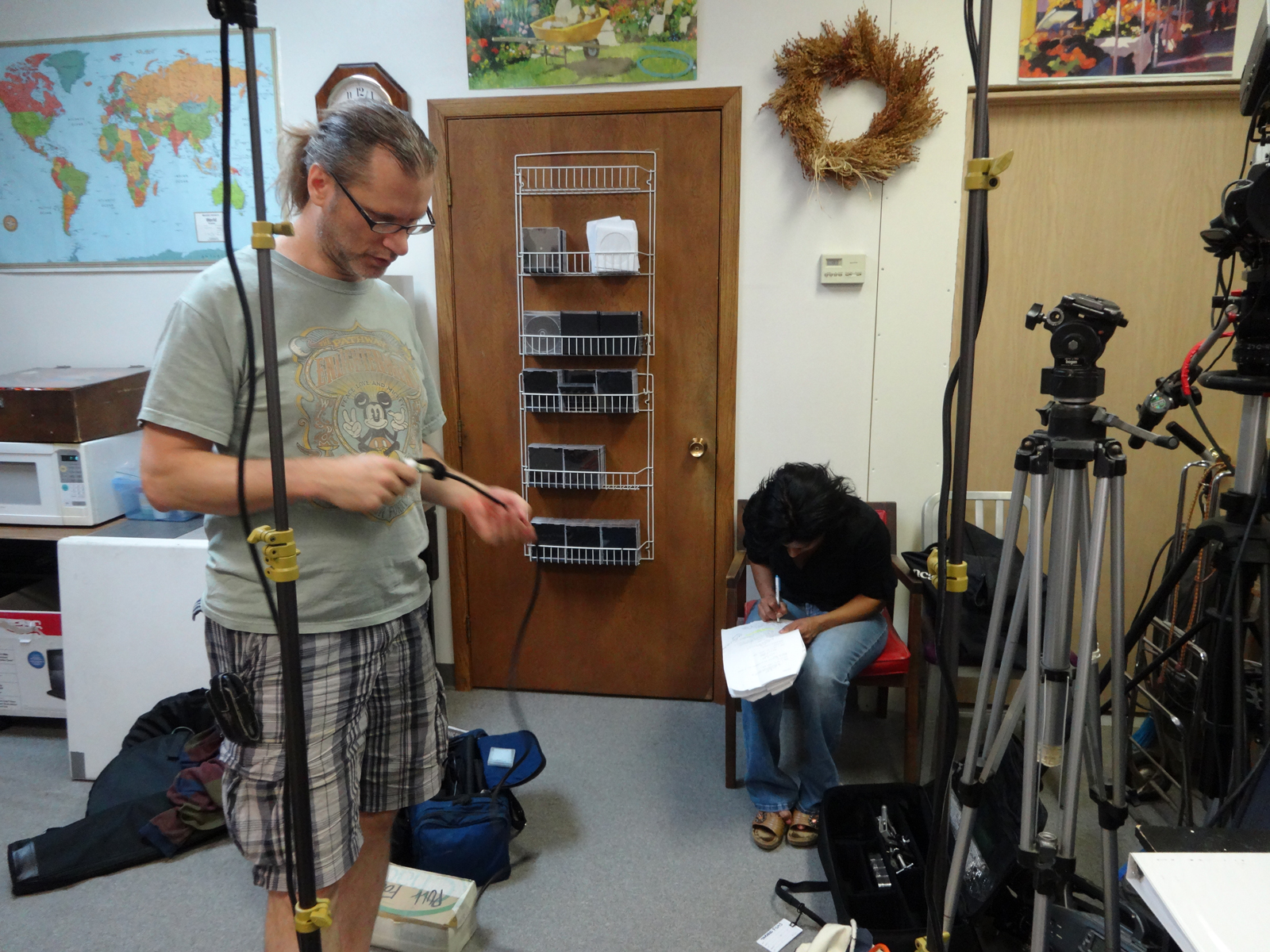 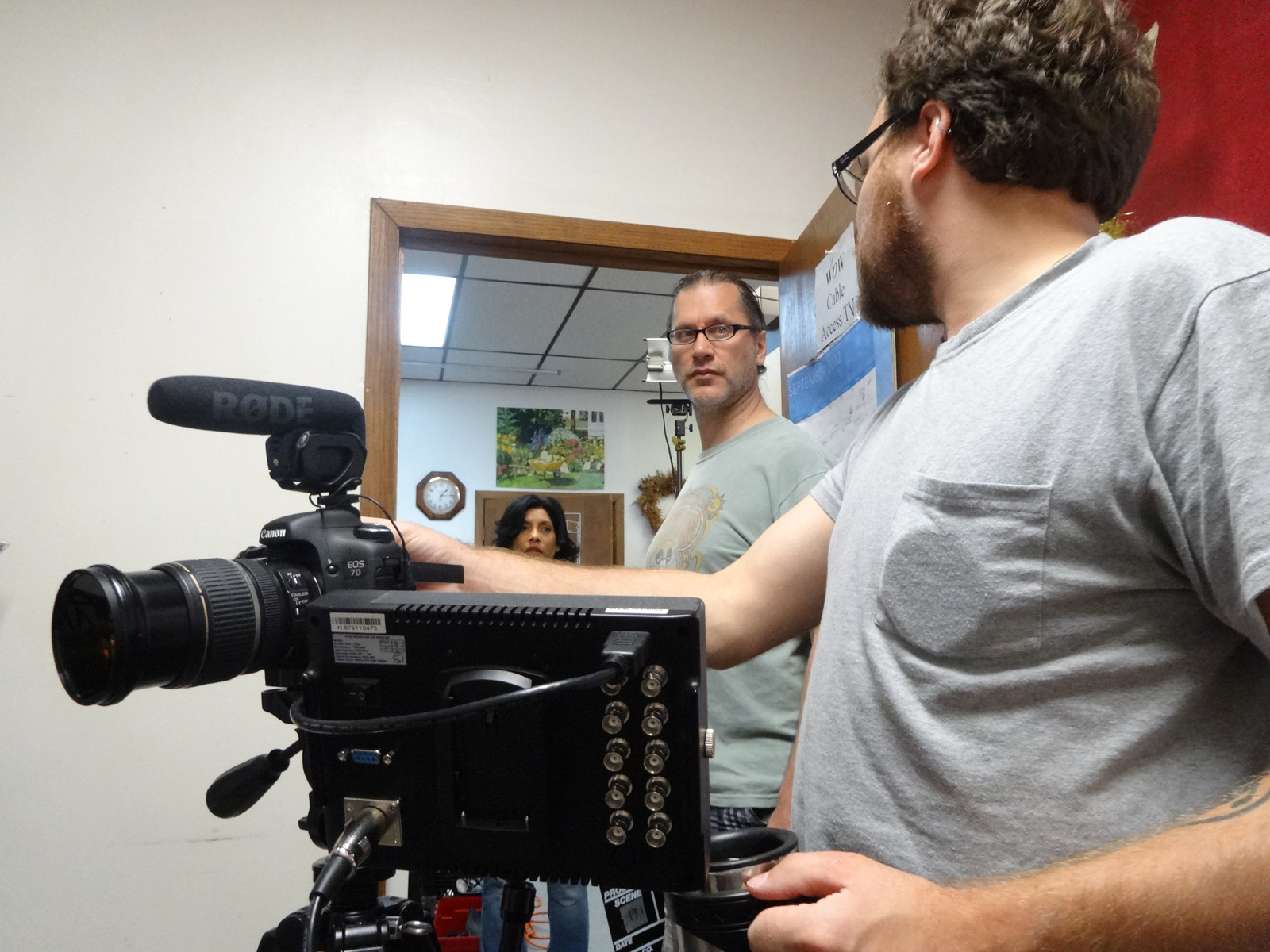 
Next up: State Senator scene with actor Richard Russell. Location was back in Madison at Meriter Hospital's Bolz Auditorium. 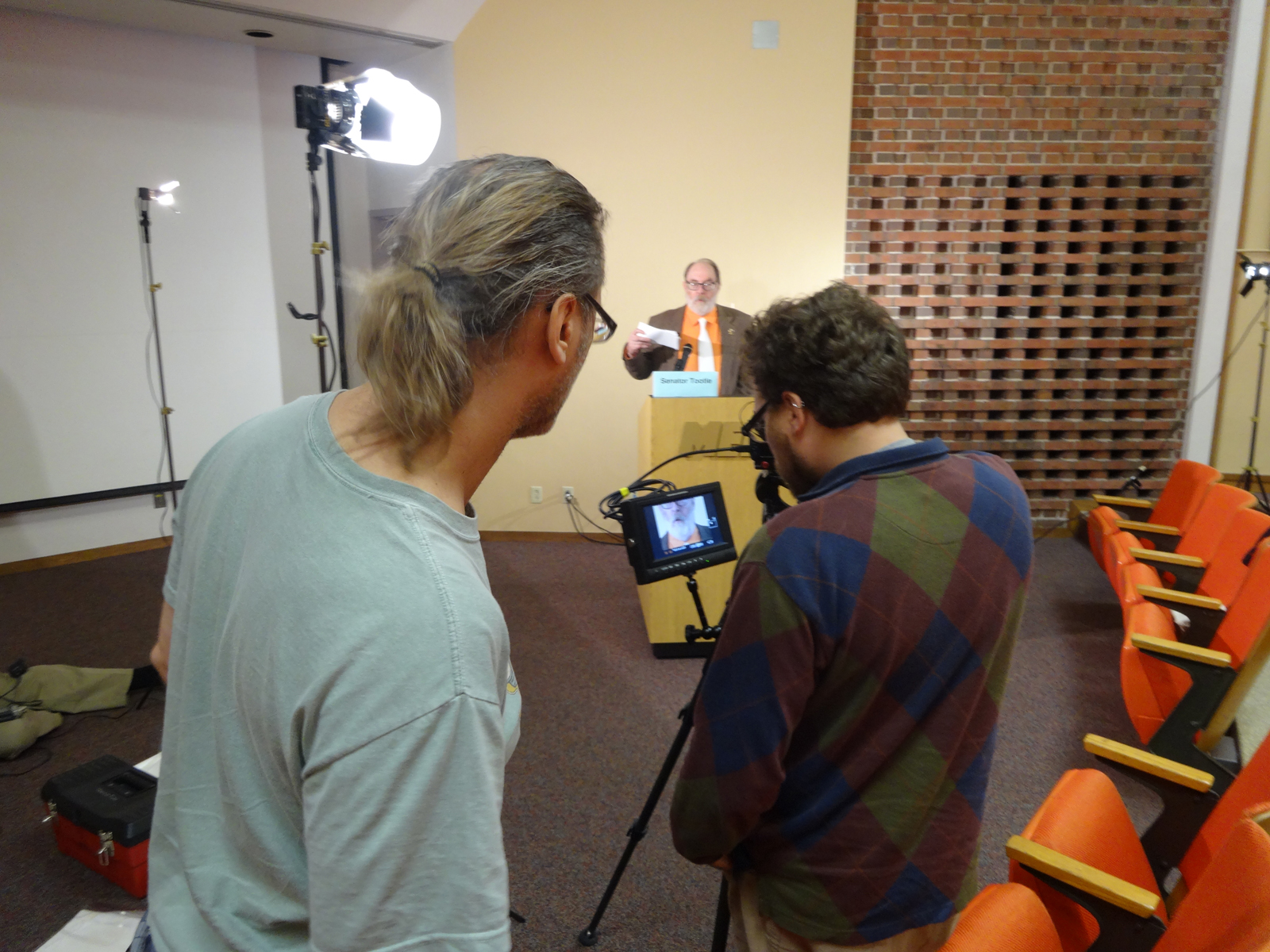 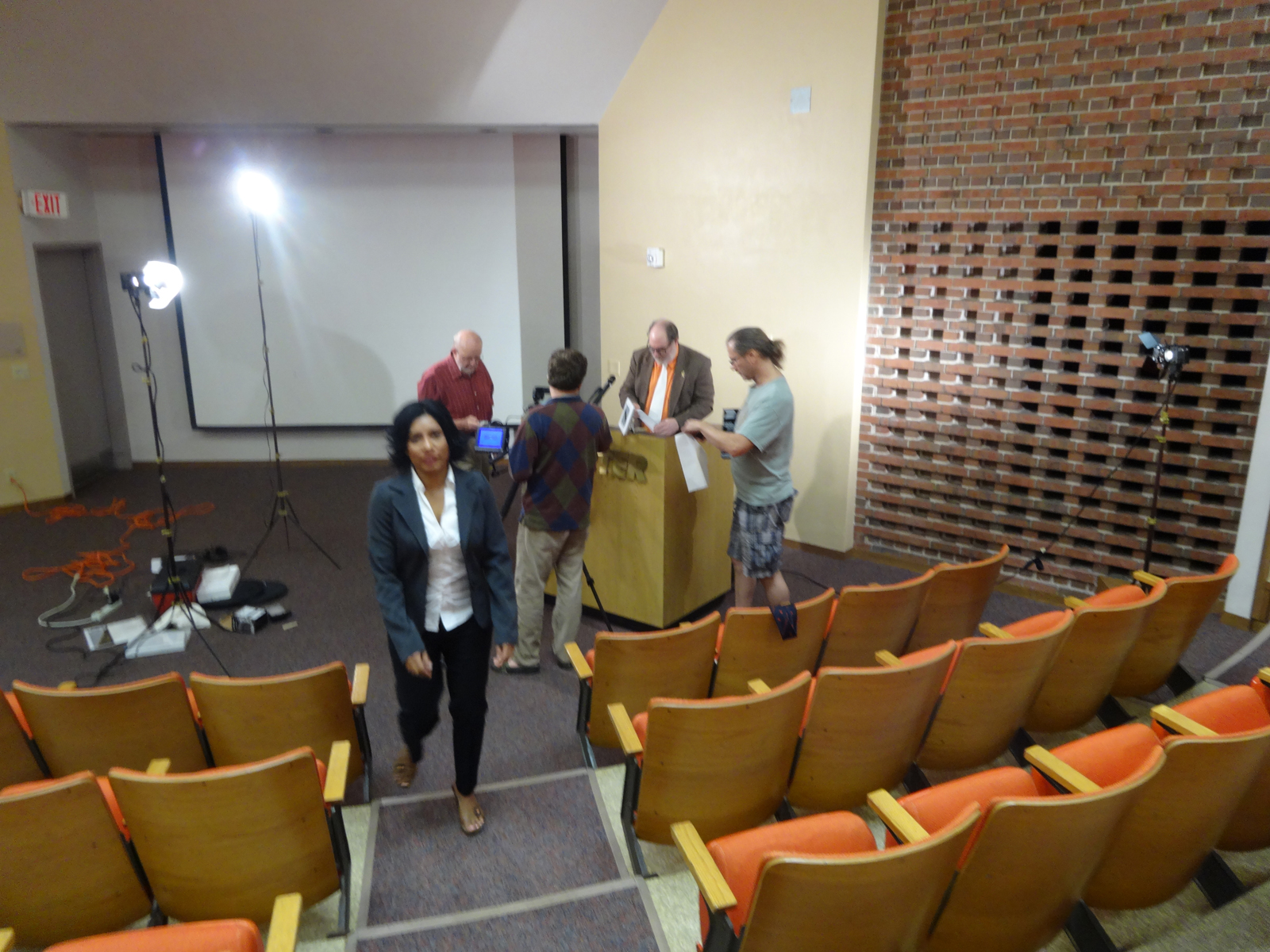 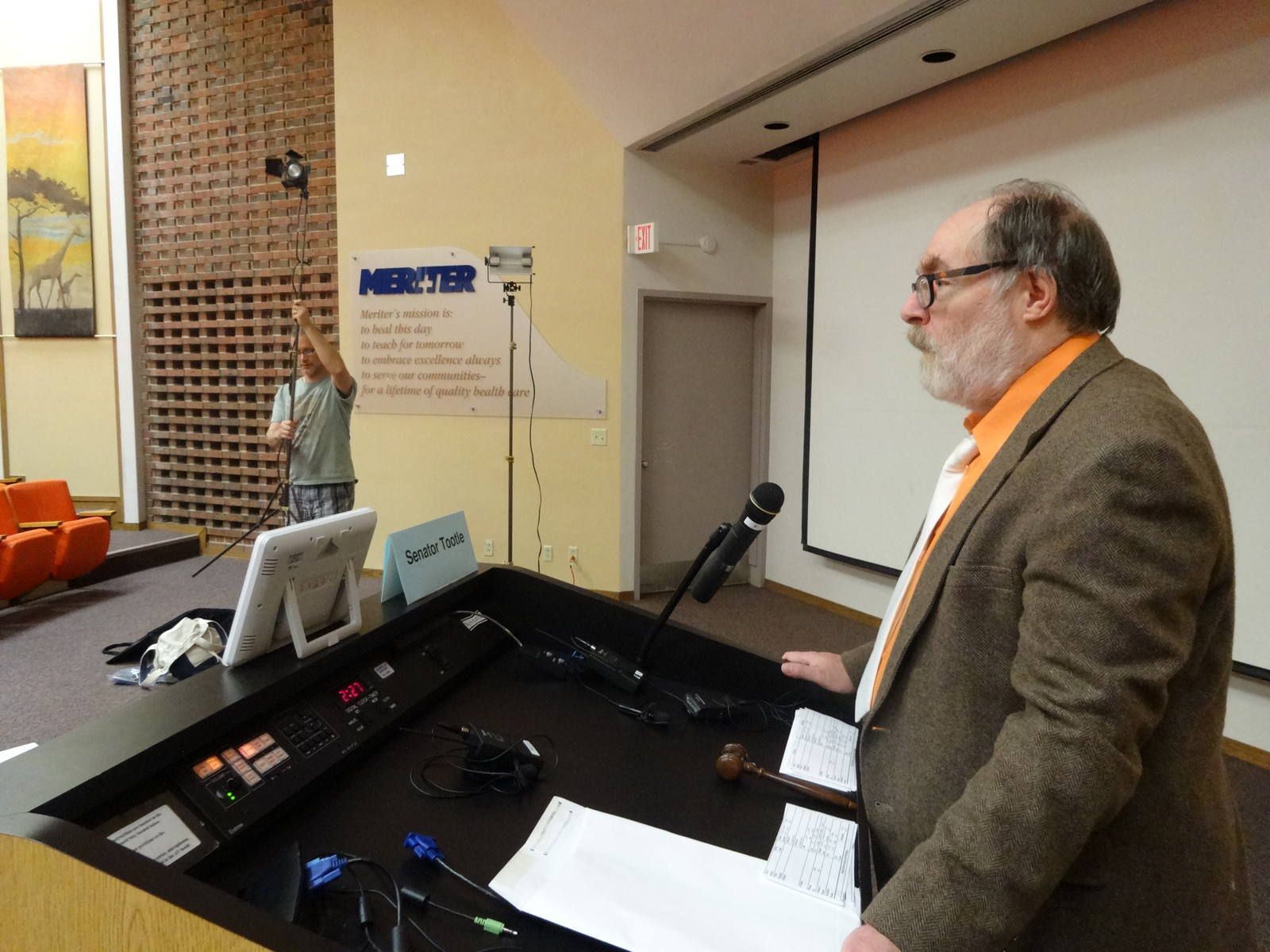 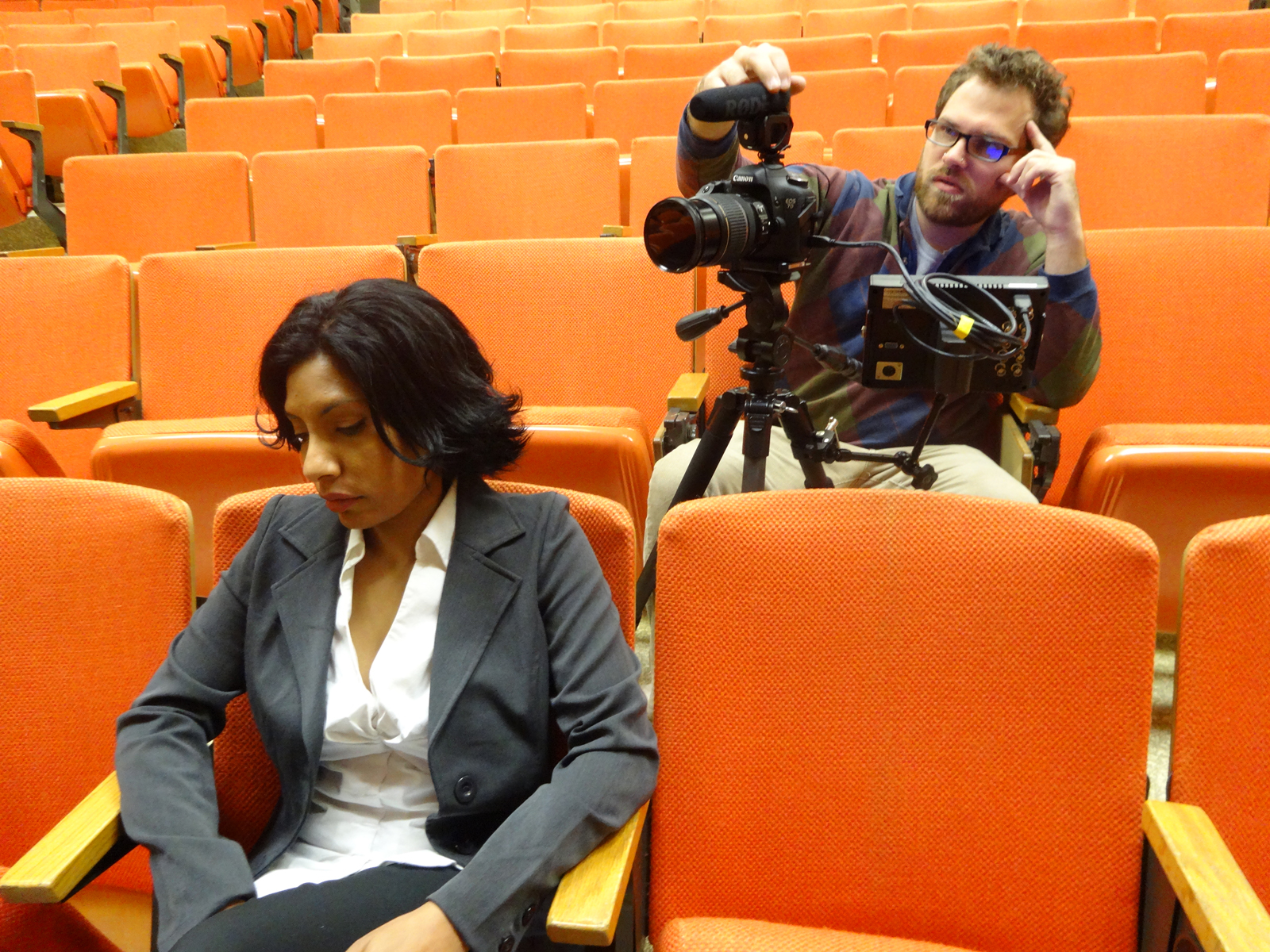 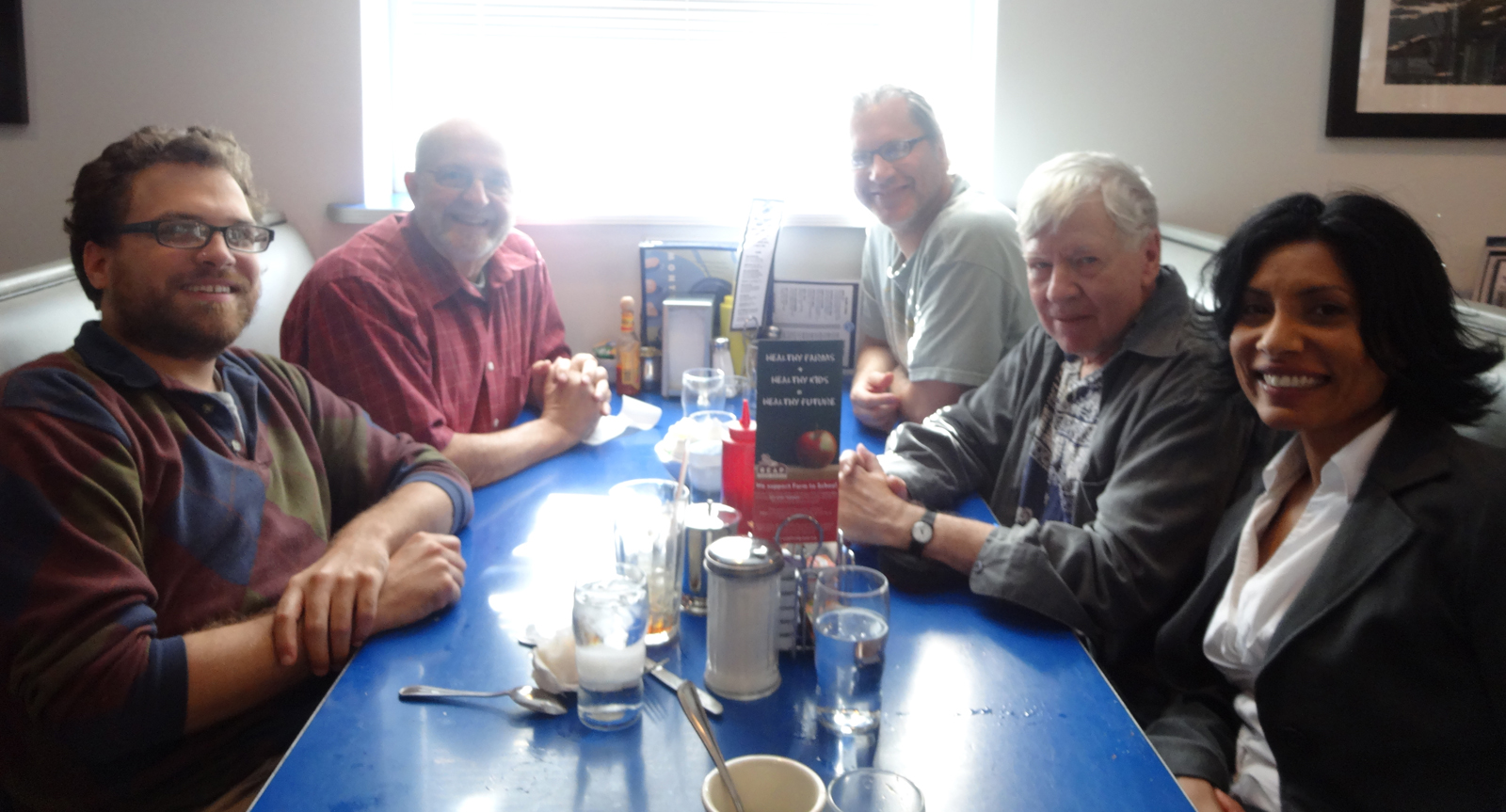 
By early evening, we were finishing up the final scene which was filmed in the parking lot and lobby of the United Way. It was planned as one continuous shot and took a total team effort for our small crew to pull it off.

Rick monitored sound from the lav hidden on Veronica. (The hand held mic was just a prop.) 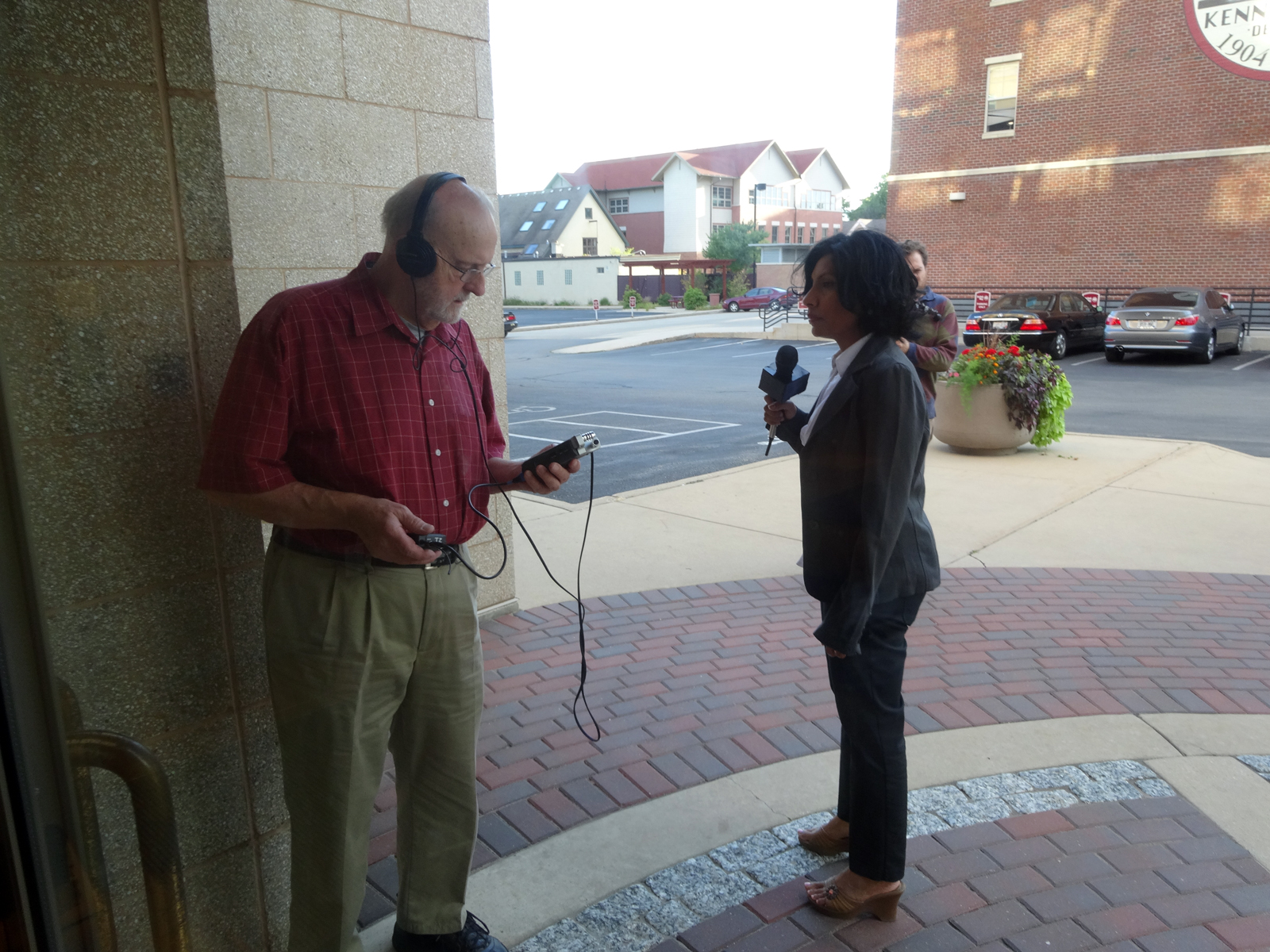 Michael would go with a "gorilla-cam" rather than a Glide Cam for ease of making adjustments on the camera as he moved from the outside setting to indoors. 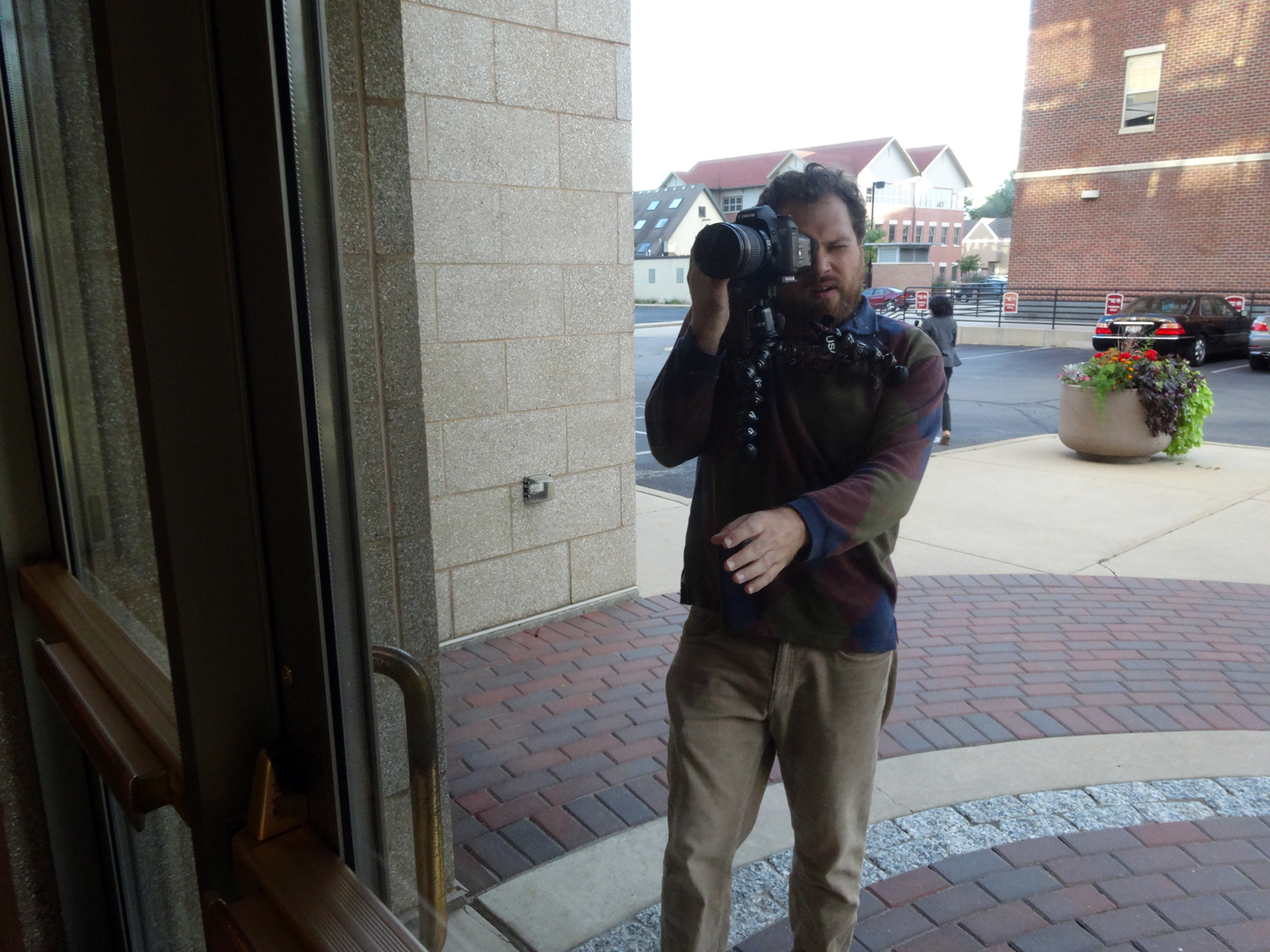 After marking the shot with the clapper, Colin would follow along behind the camera to hold the door open for Michael to get thru. 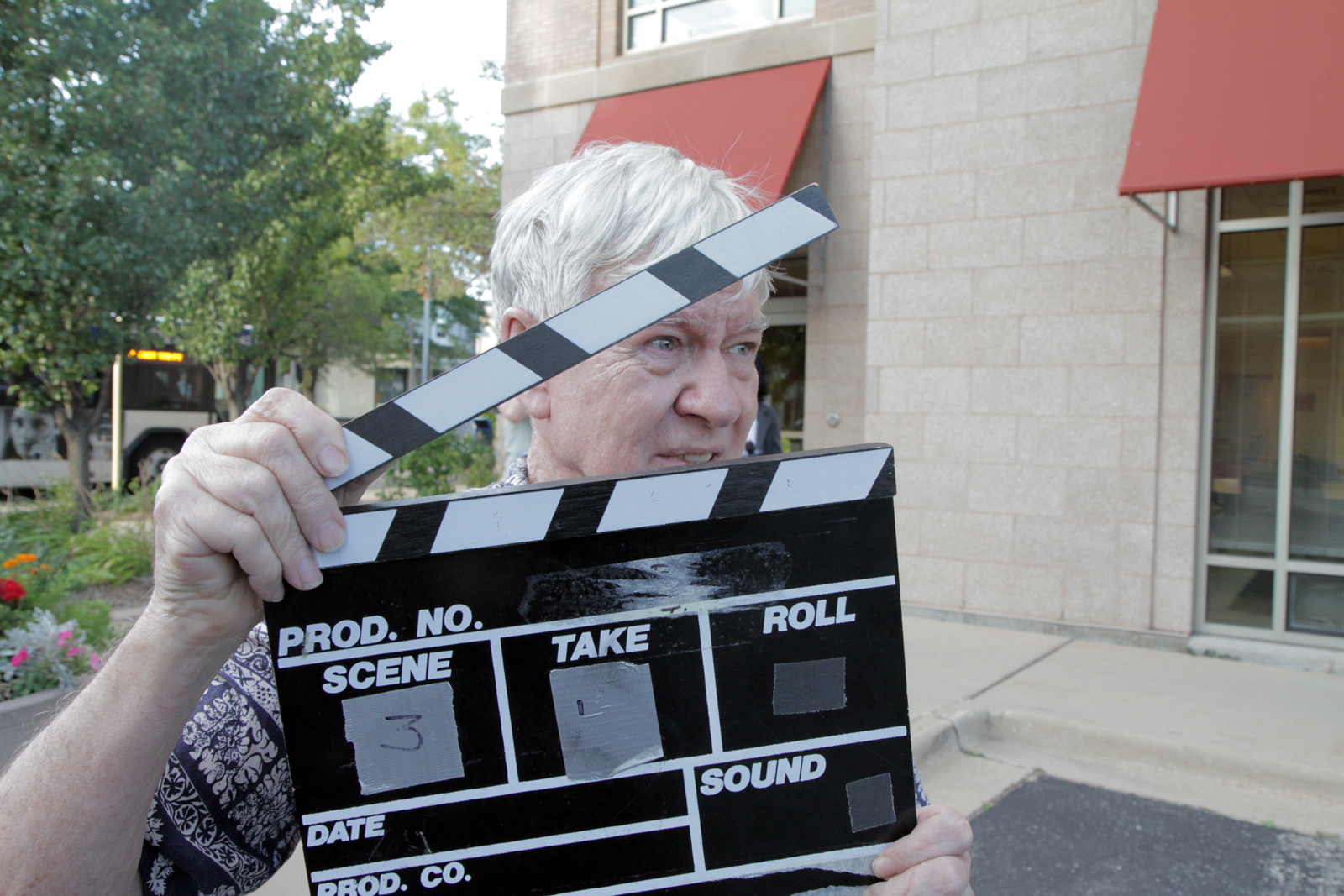 Once they'd made it inside the vestibule, Robert (as the hand of the news camera operator) would pass the swipe key to Veronica whose character would then use it to unlock the second set of doors. 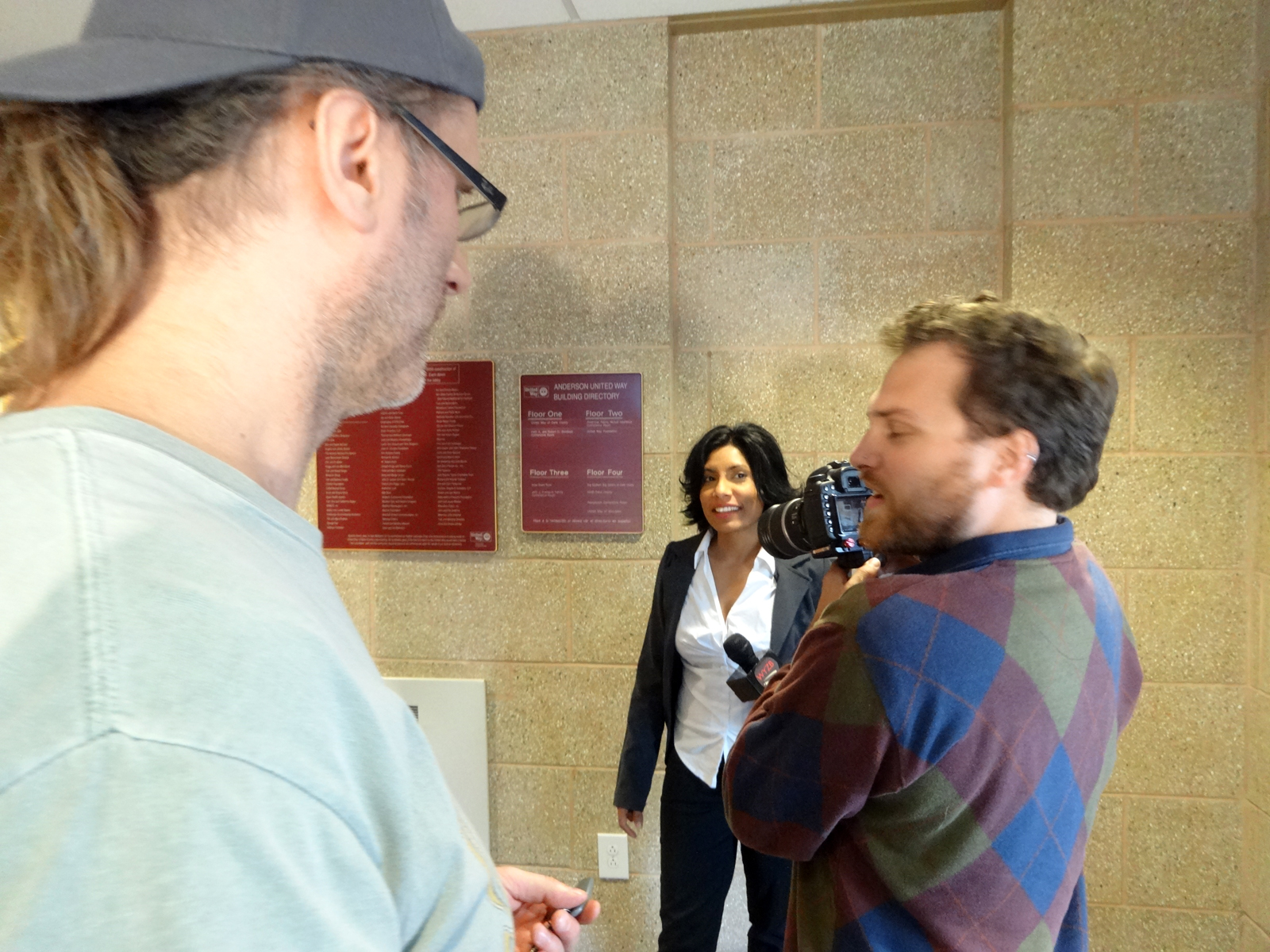 The scene ended with Veronica's character facing her camera operator, saying her lines, then entering the elevator. It took us several practice attempts to get all our actions down, but the final take was spot on! 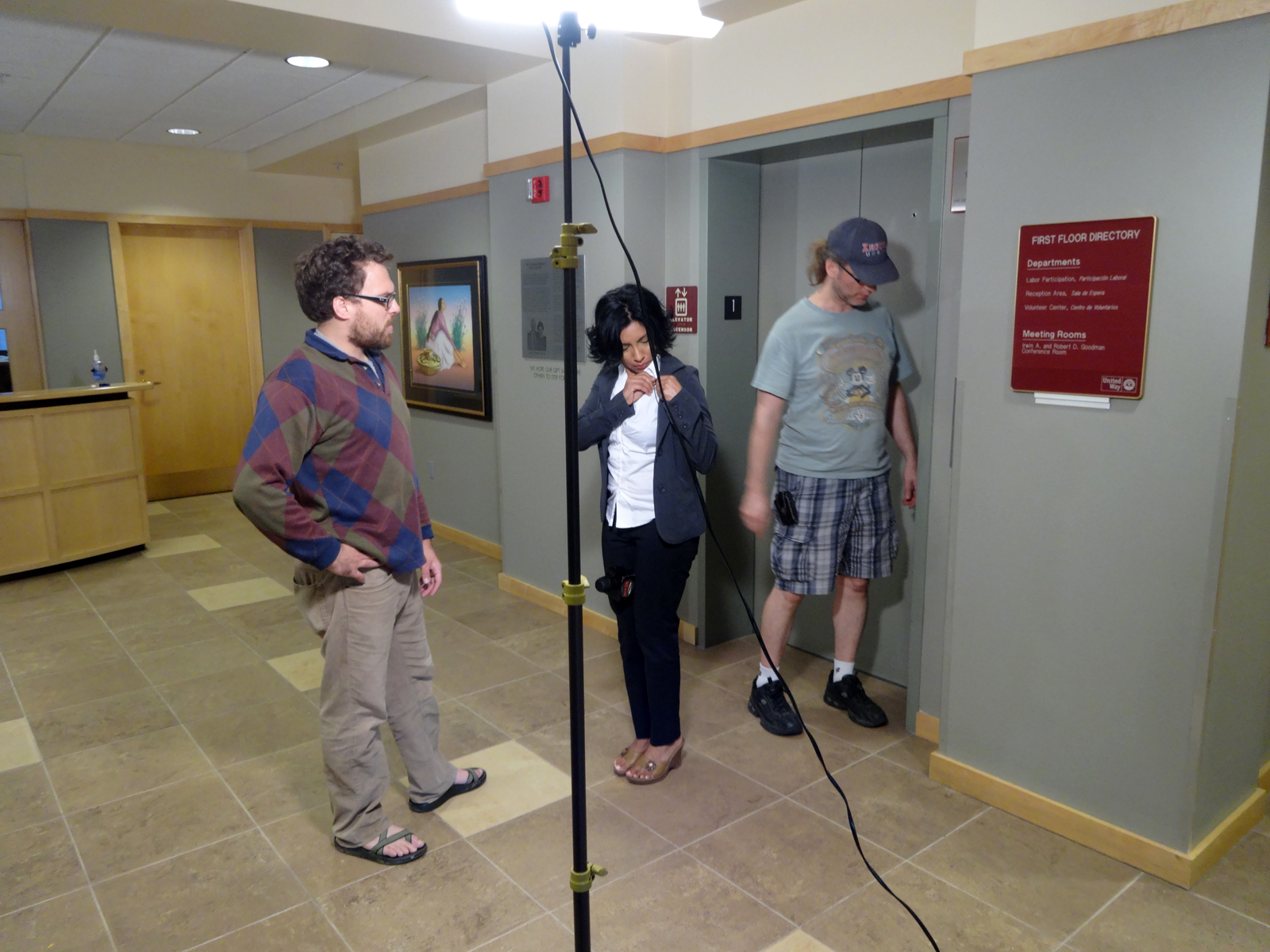 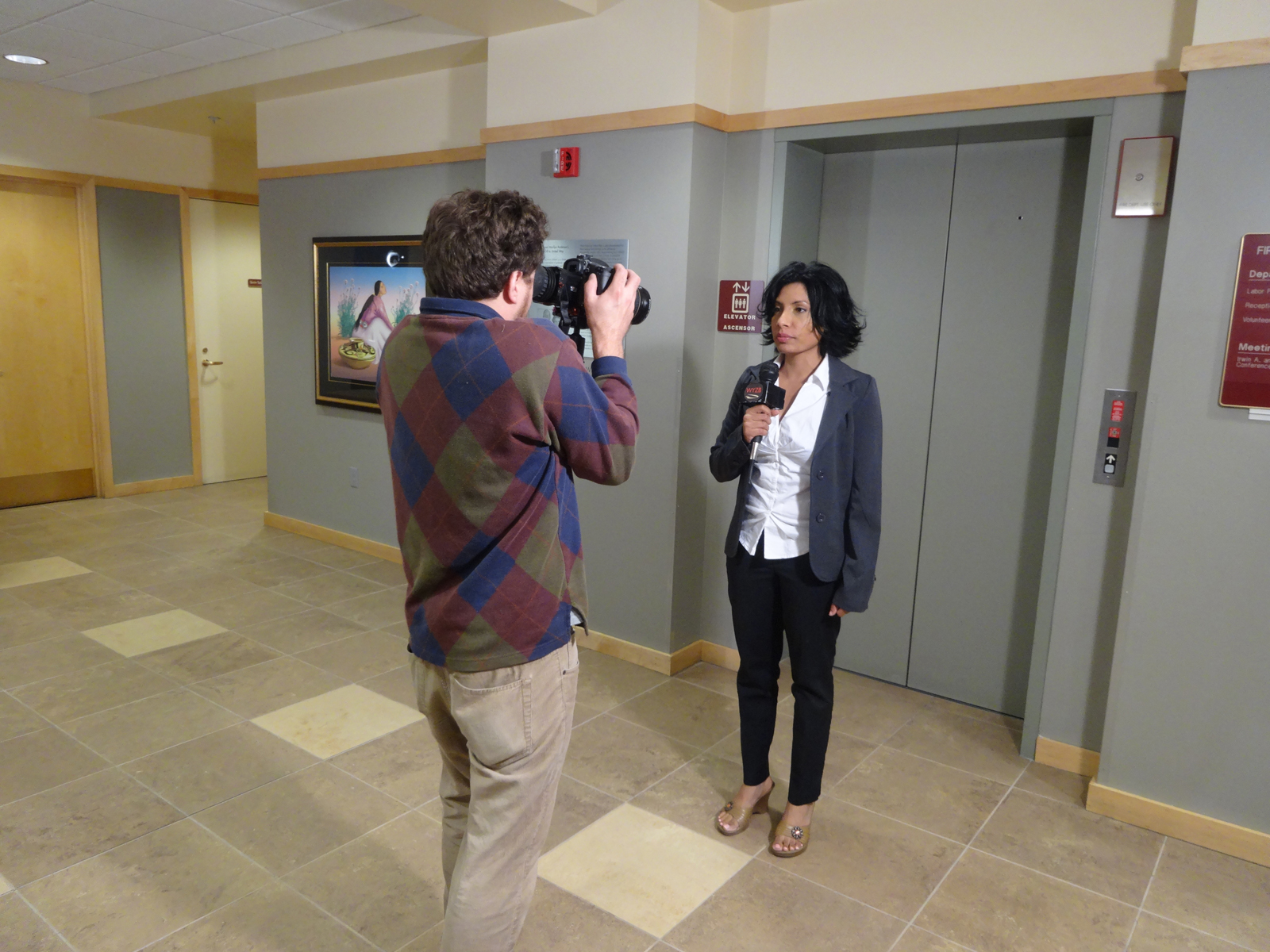 All photos courtesy of Colin Cameron (except the one of himself with the clapboard, taken by Michael Haven)
Posted by Tarazod Films at 12:01 PM