The final full day of production on The Weather Report was slated from the beginning to be the most ambitious one yet. Starting at 6:45am yesterday, it took close to twelve hours to complete---with three separate locations, dark barroom shots to bright sun-lit outdoor scenes, a near full cast plus twenty five extras, and around fifty separate setups on the shot list. We even got in a green screen before the day was over. 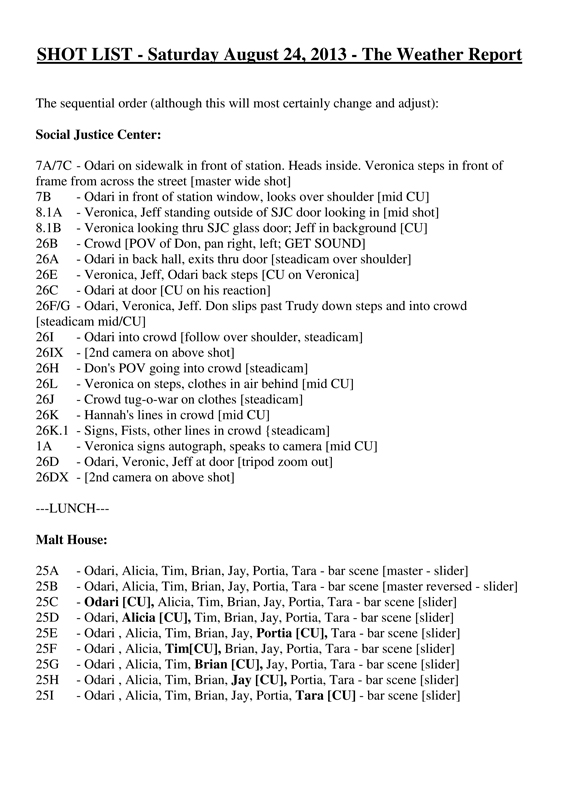 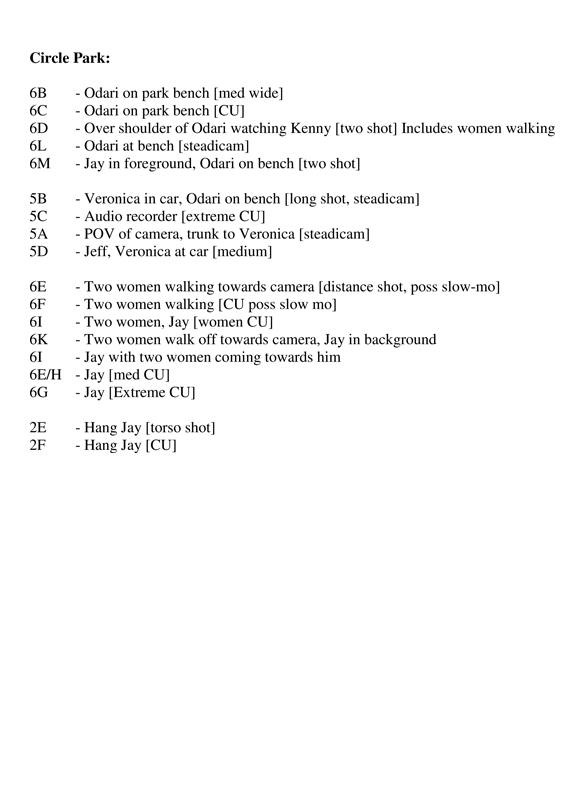 Yet, the cast and crew once again showed their true colors. They worked fast and efficiently, under time constraints and sometimes in very uncomfortable high temperature conditions, both outside under the sun and inside under lights. We never once heard any complaints or dissension.

The cast and crew showed themselves to be professional and willing to do what it take to make good film. It'd be a pleasure to collaborate with any of them again on future projects.
Posted by Tarazod Films at 9:58 AM 0 comments

Call For Extras - Want to be in a Film?

We need a large crowd of people for a scene in the short comedy film, The Weather Report. We'll take as many bodies as we can get, this Saturday from 8:30-10:30am. Age range: upper teens to senior citizens (no younger children). We mainly need women in the crowd, though some males will be OK too.

Meet at 8:20 am in the parking lot behind the Social Justice Center, 1202 Williamson St. in Madison. If you'd like to participate, please let us know. It'll be fun! Try not to wear clothing with corporate logos.

We continued production on The Weather Report today with actors Odari Kimani & Rob Matsushita. The shoot took place at the Dane Buy Local offices on Madison's West Side. 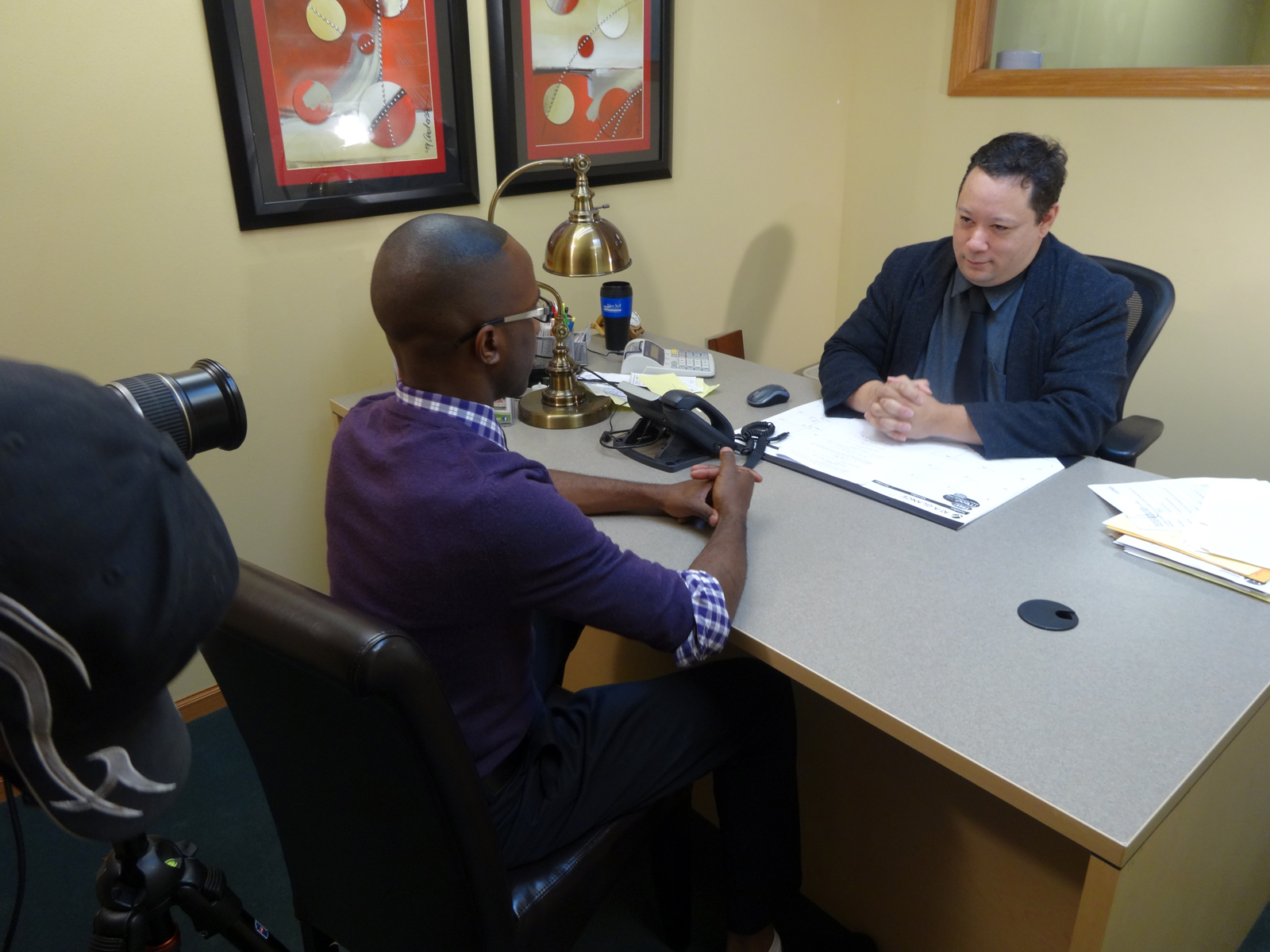 Producer Rick Richards helps block out the desk shots while Robert set up the camera. 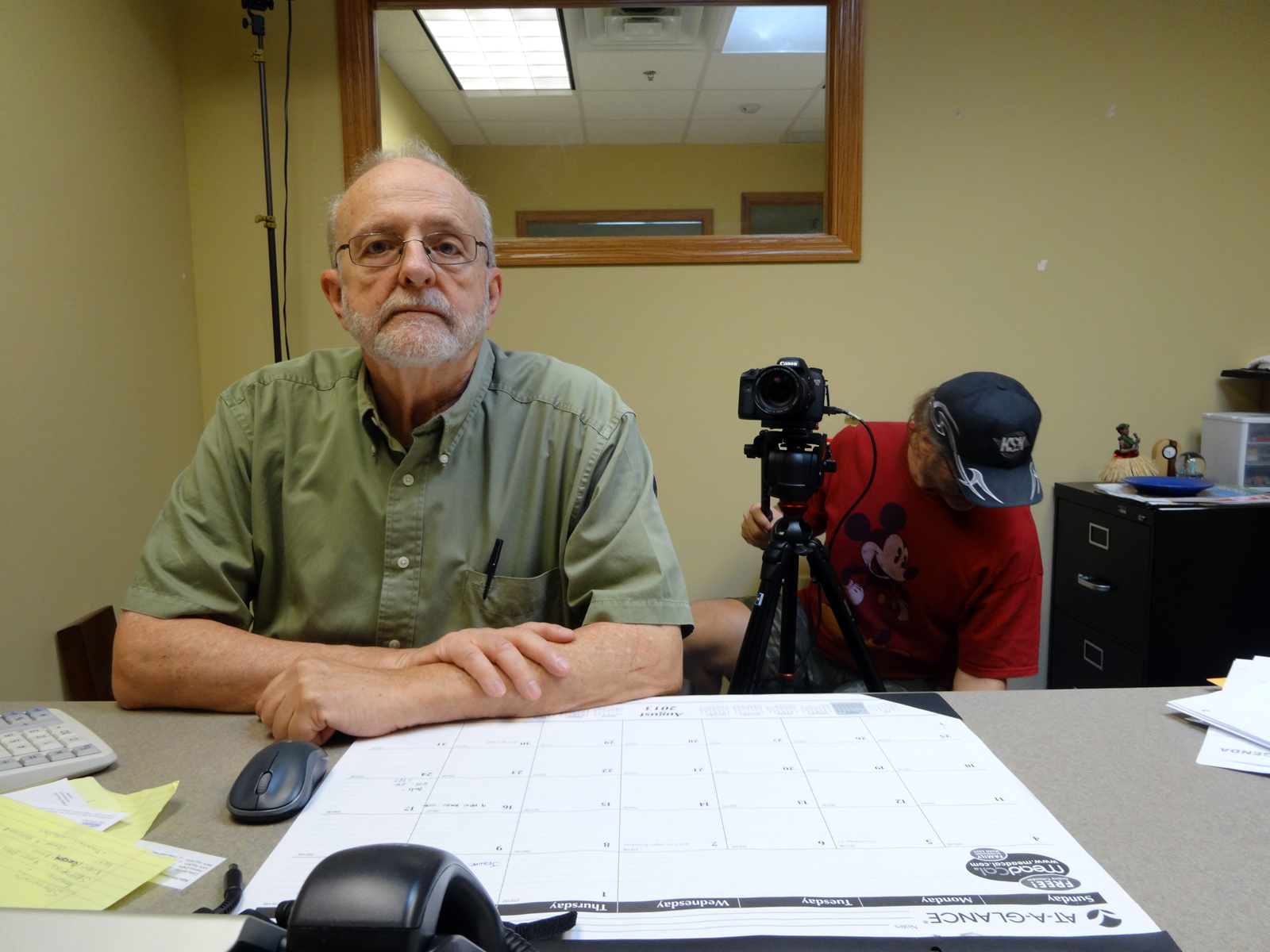 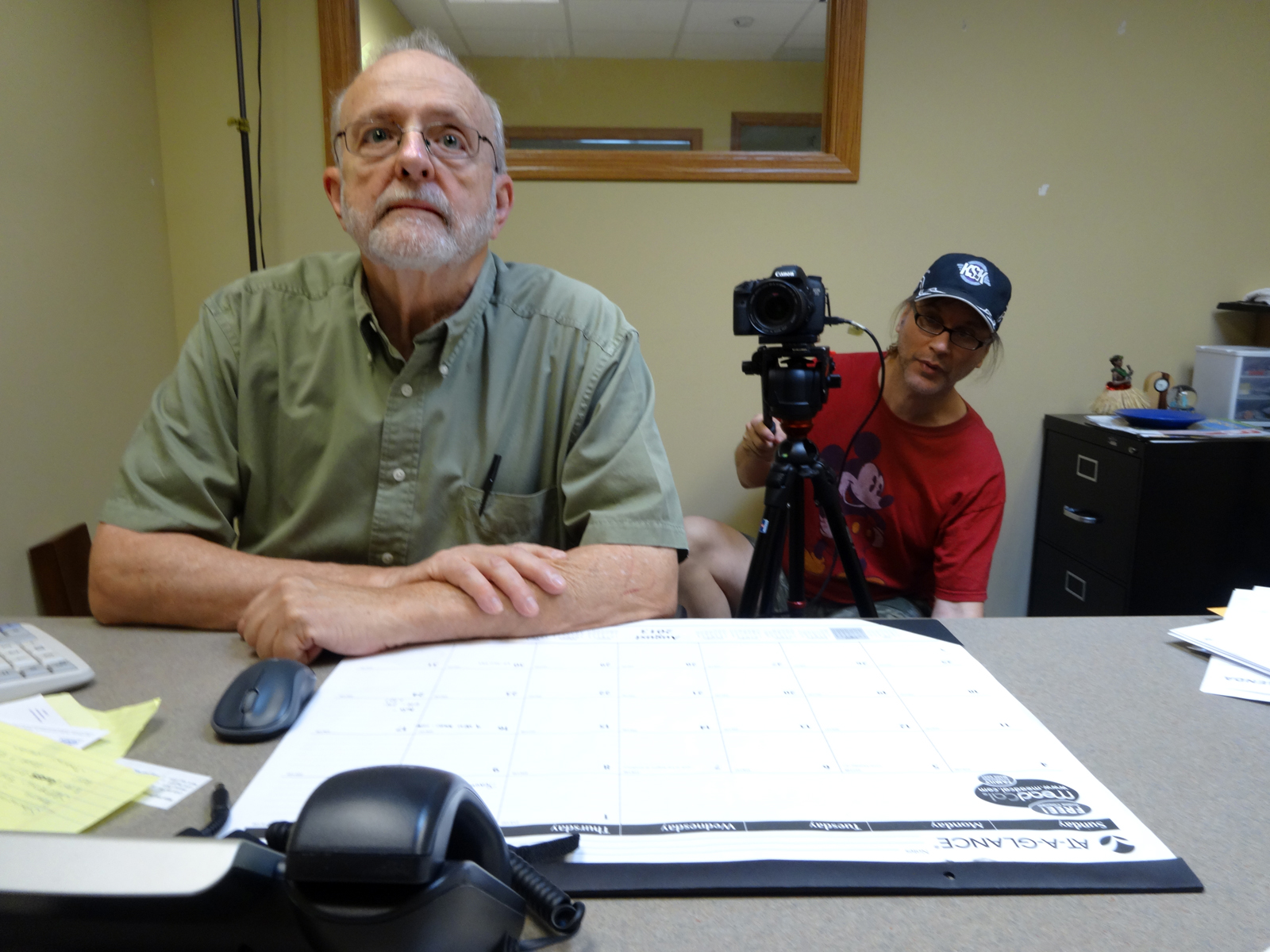 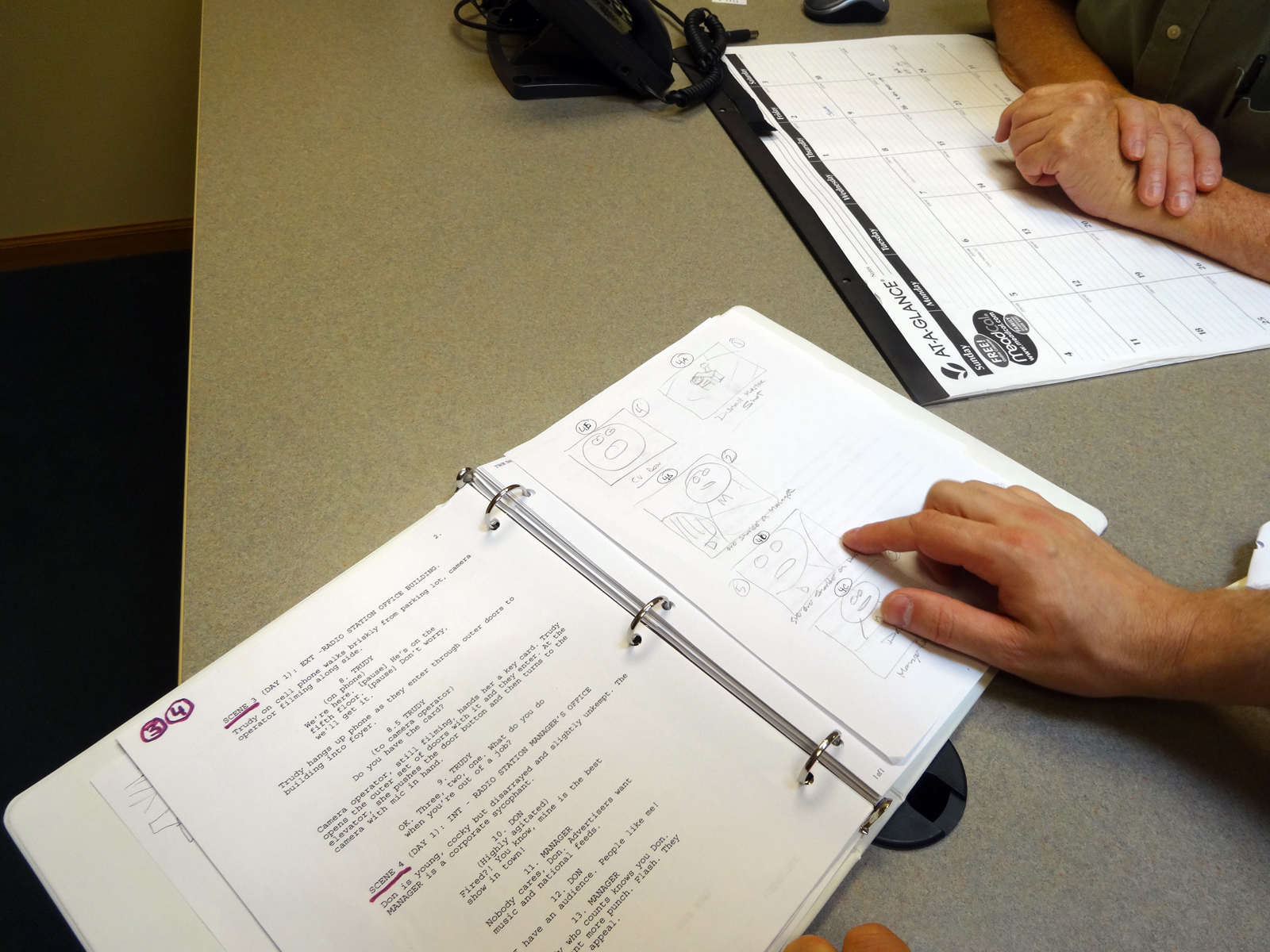 Also on hand was Colin Cameron who ran boom and shot these photos.
Posted by Tarazod Films at 8:57 PM 0 comments

The Angry Board Member

Actor Louis Sather doesn't have a huge role in our current film, The Weather Report, but he doesn't need one. Louis delivers big in his one scene as the angry board member fighting to restore funding to a floundering community access station. 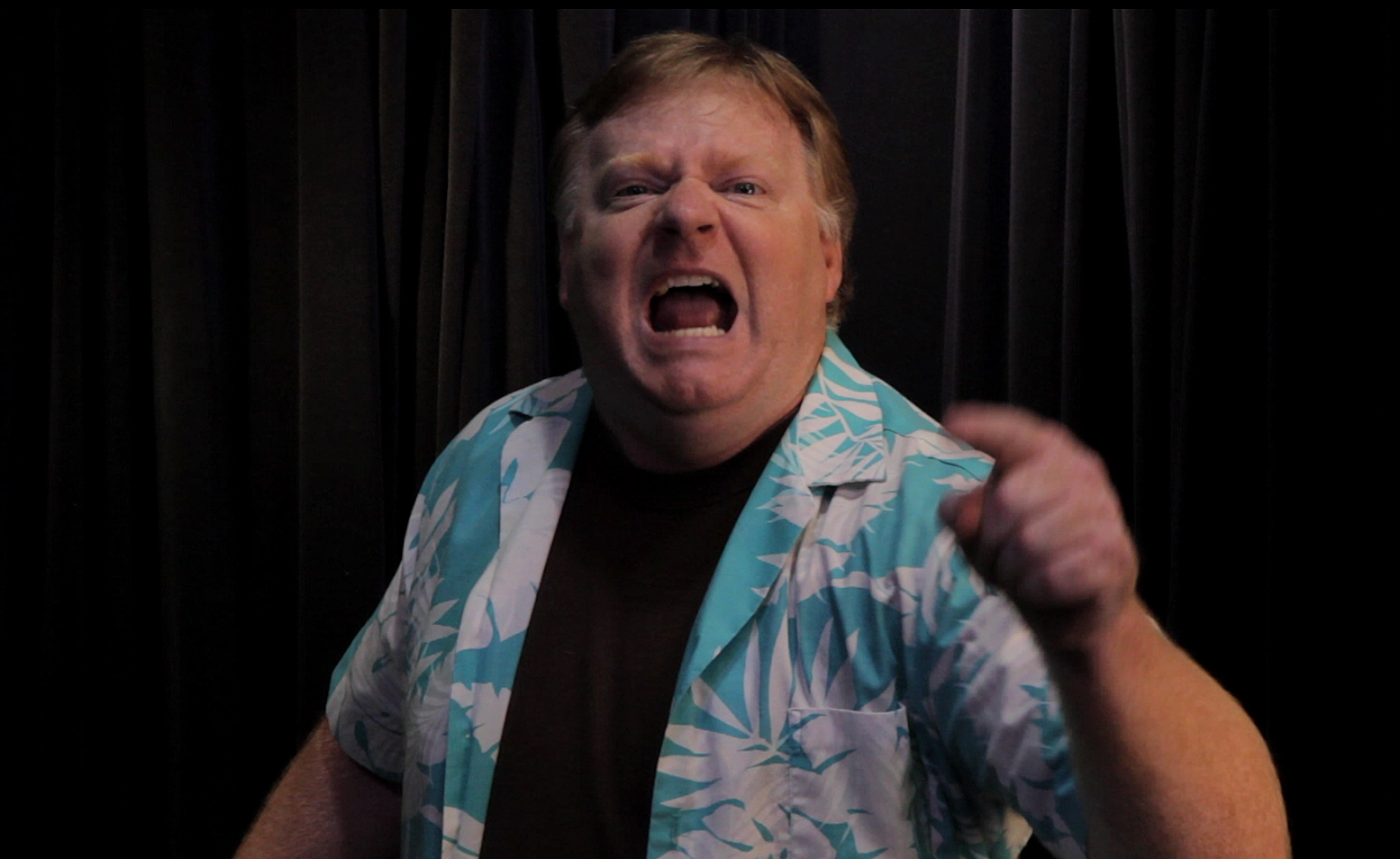 You spend forever preparing the script for shooting...auditions, crew calls, locations, storyboards, shot lists, shoot schedules. Yet, no matter how organized and prepped you may be, things inevitability go wrong on set.

Not so with this one (knock on wood)! Sunday was the second day of production for The Weather Report, and it has been the smoothest shoot (so far) that Tarazod has ever been involved with. A dedicated cast and crew can do that. 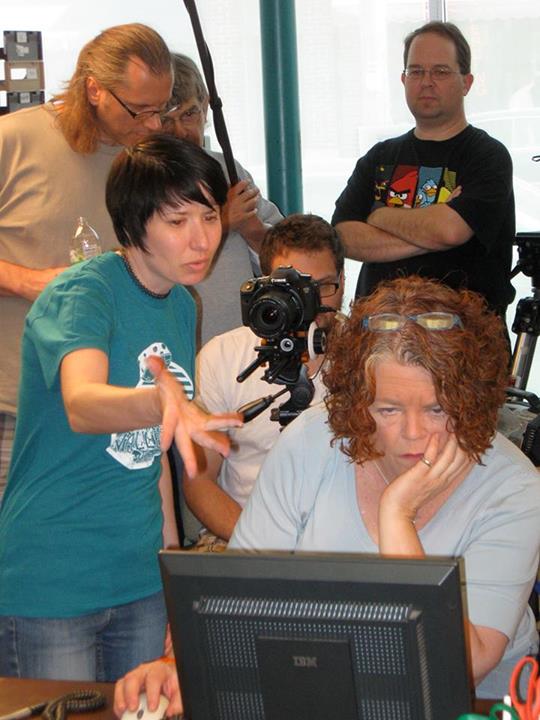 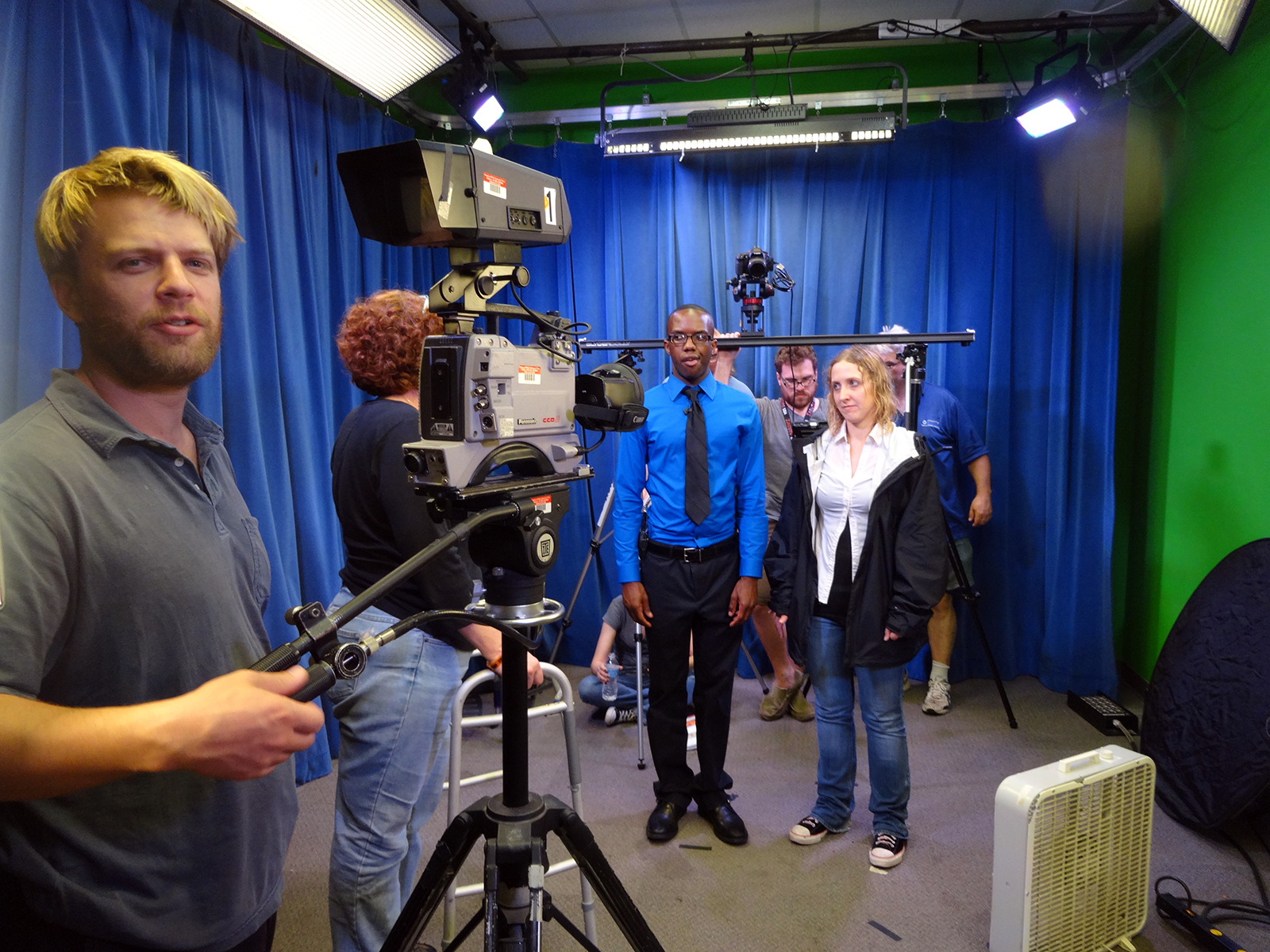 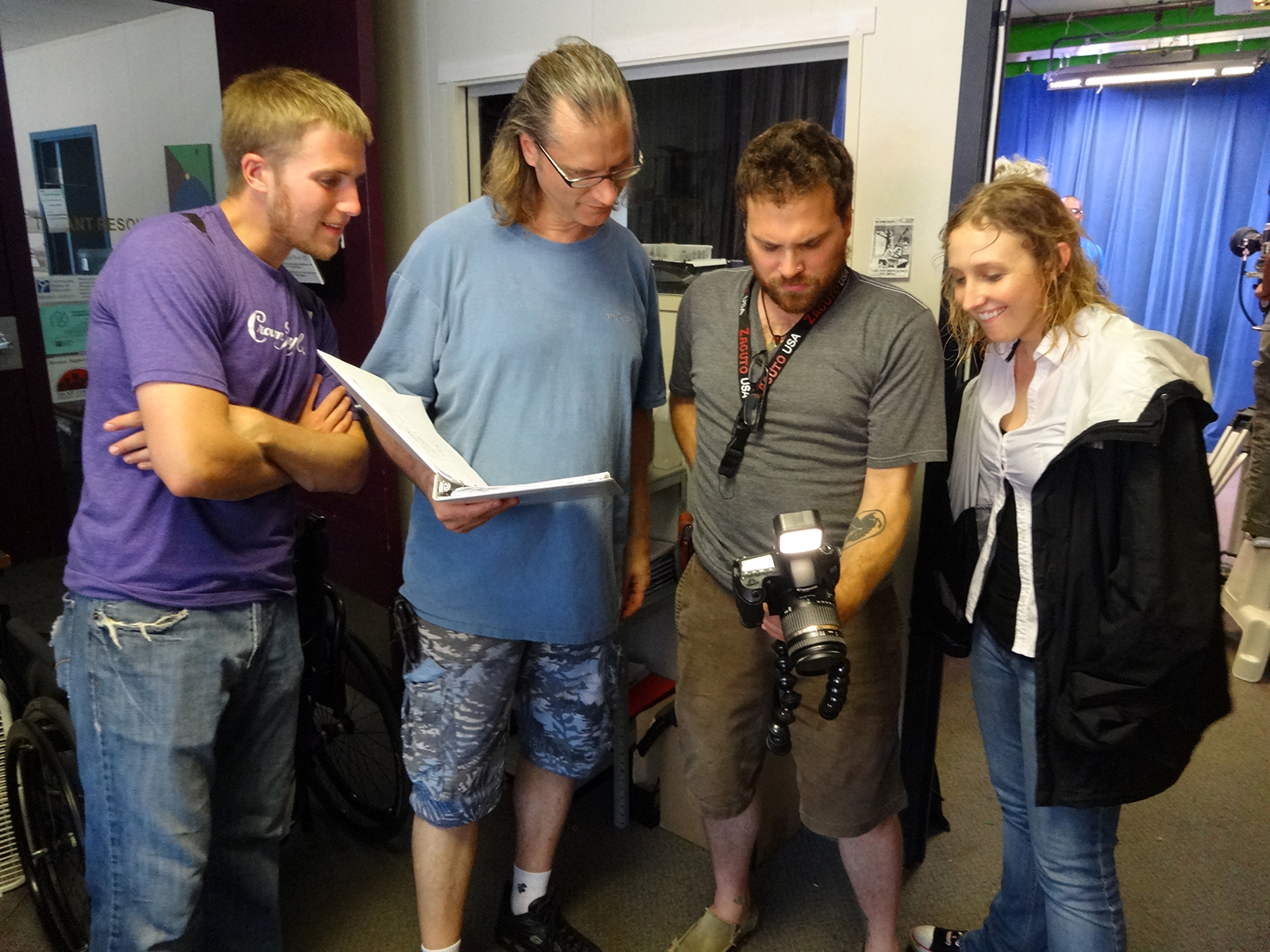 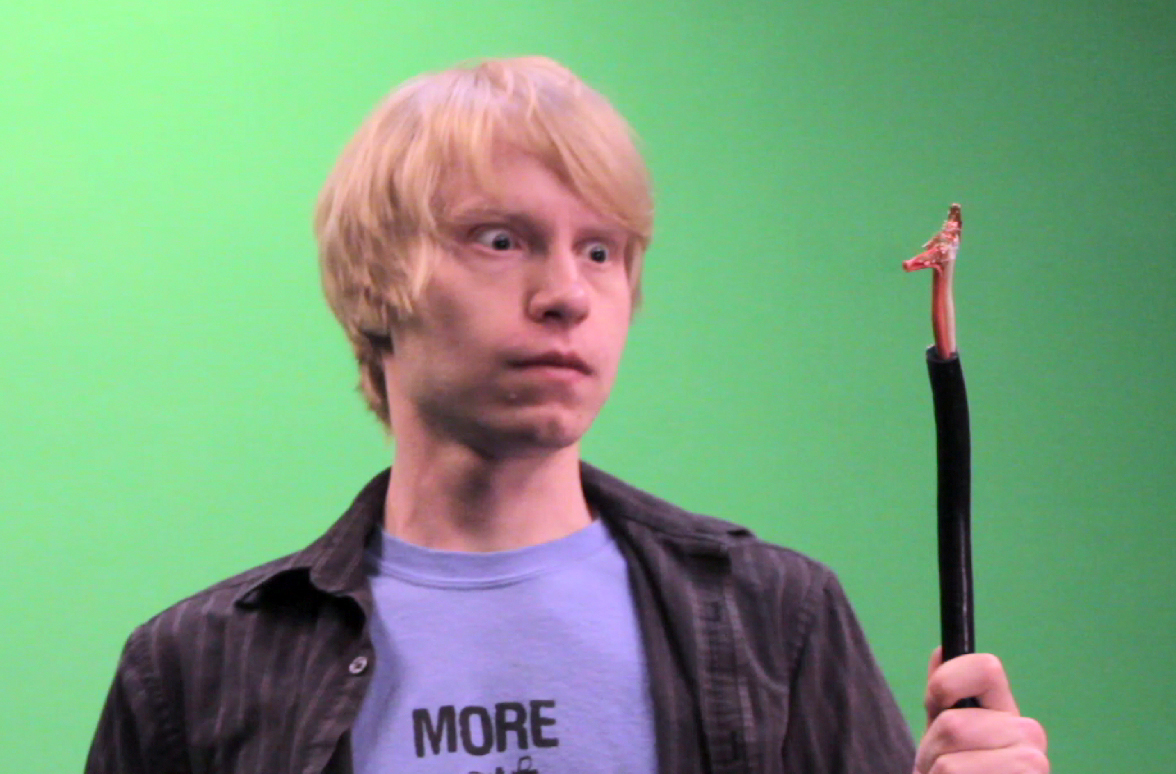 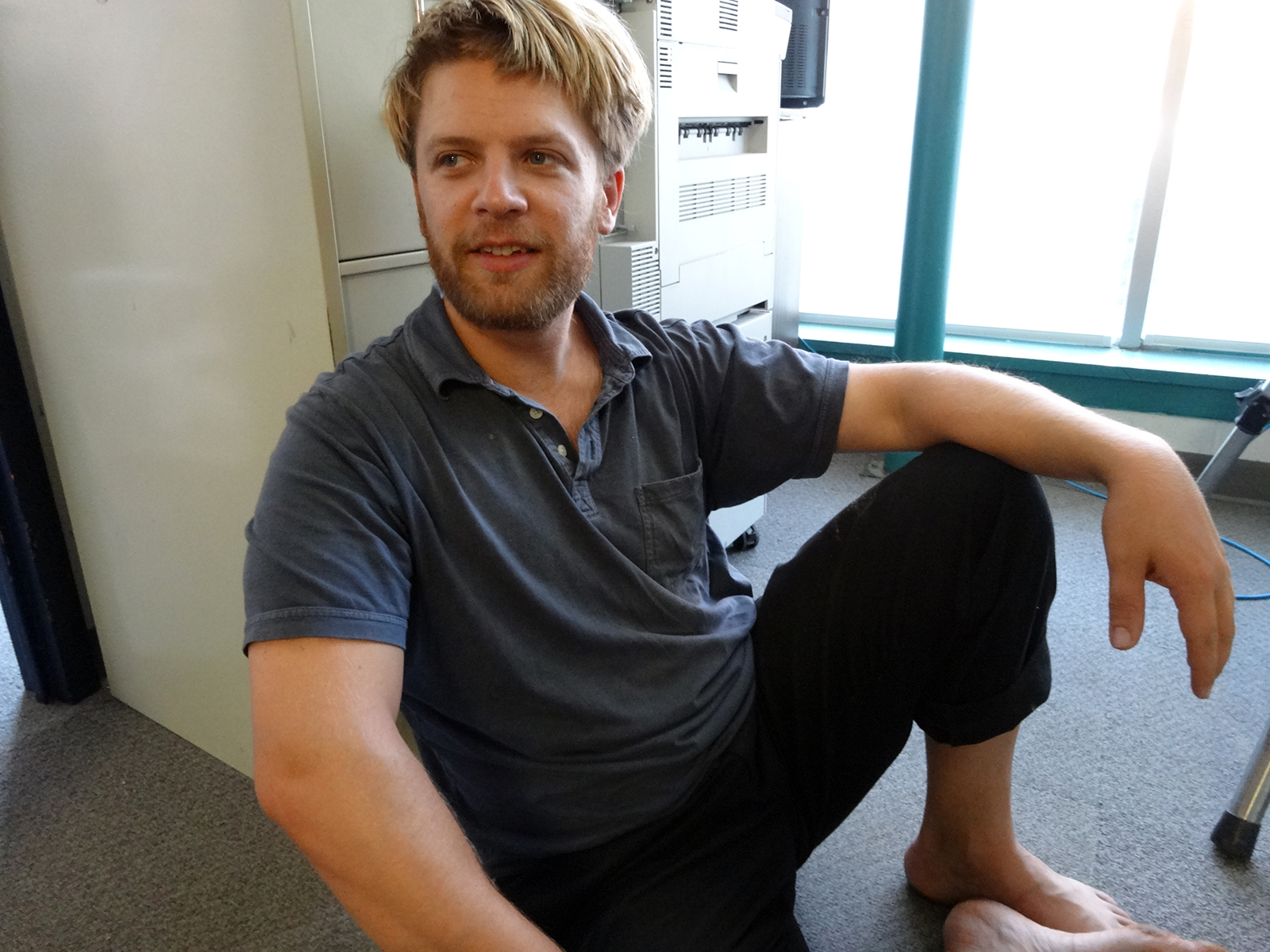 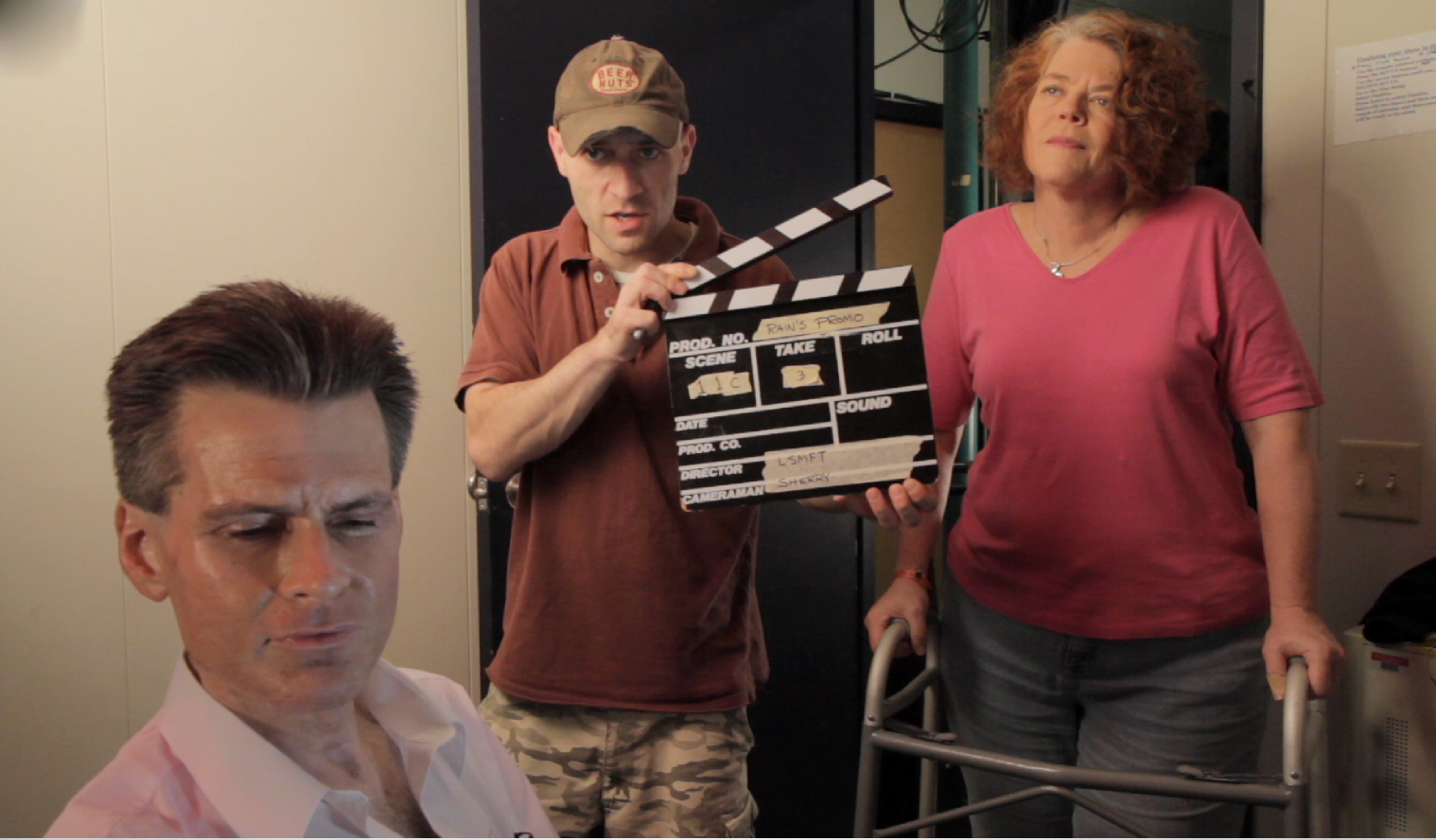 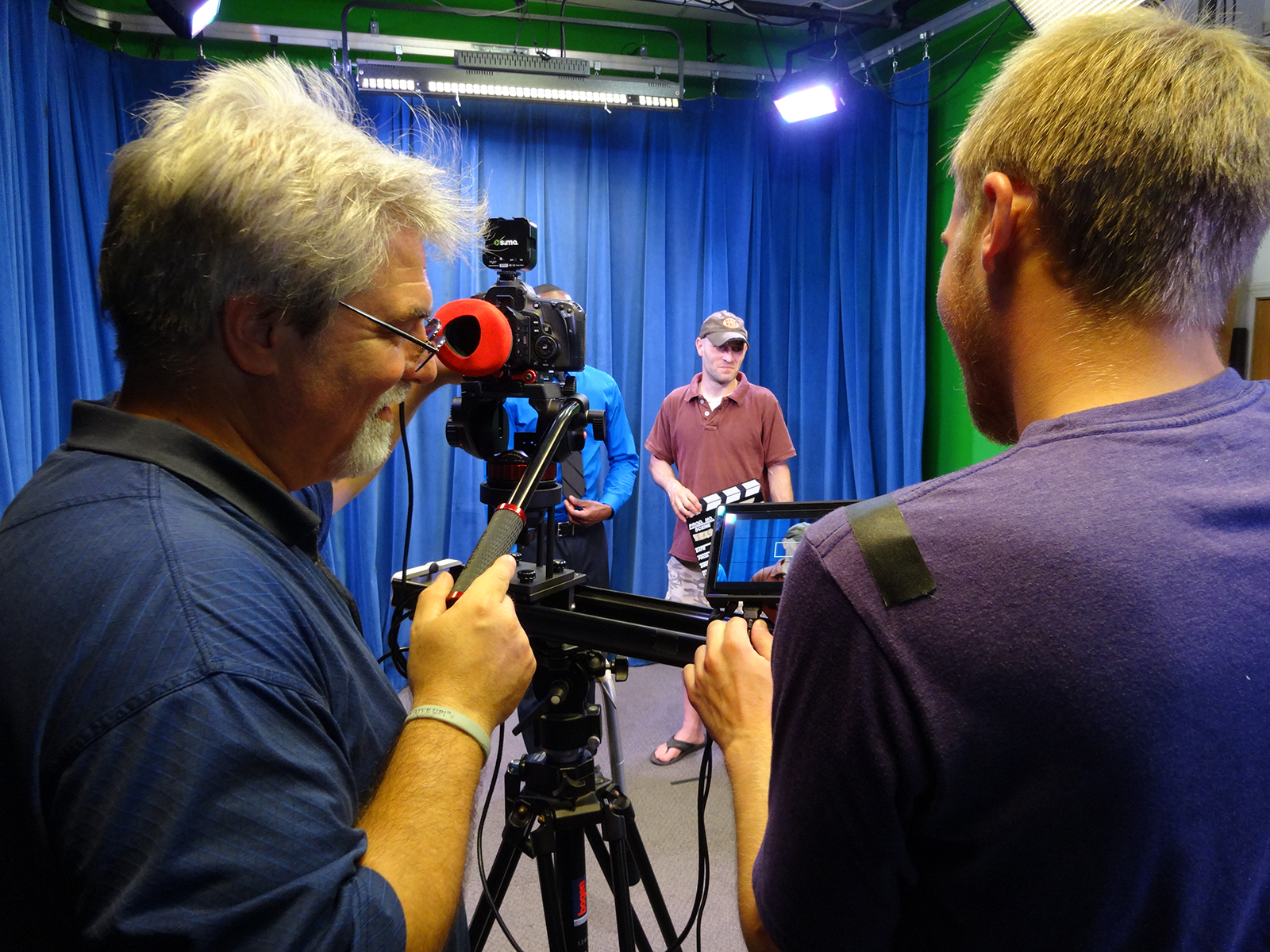 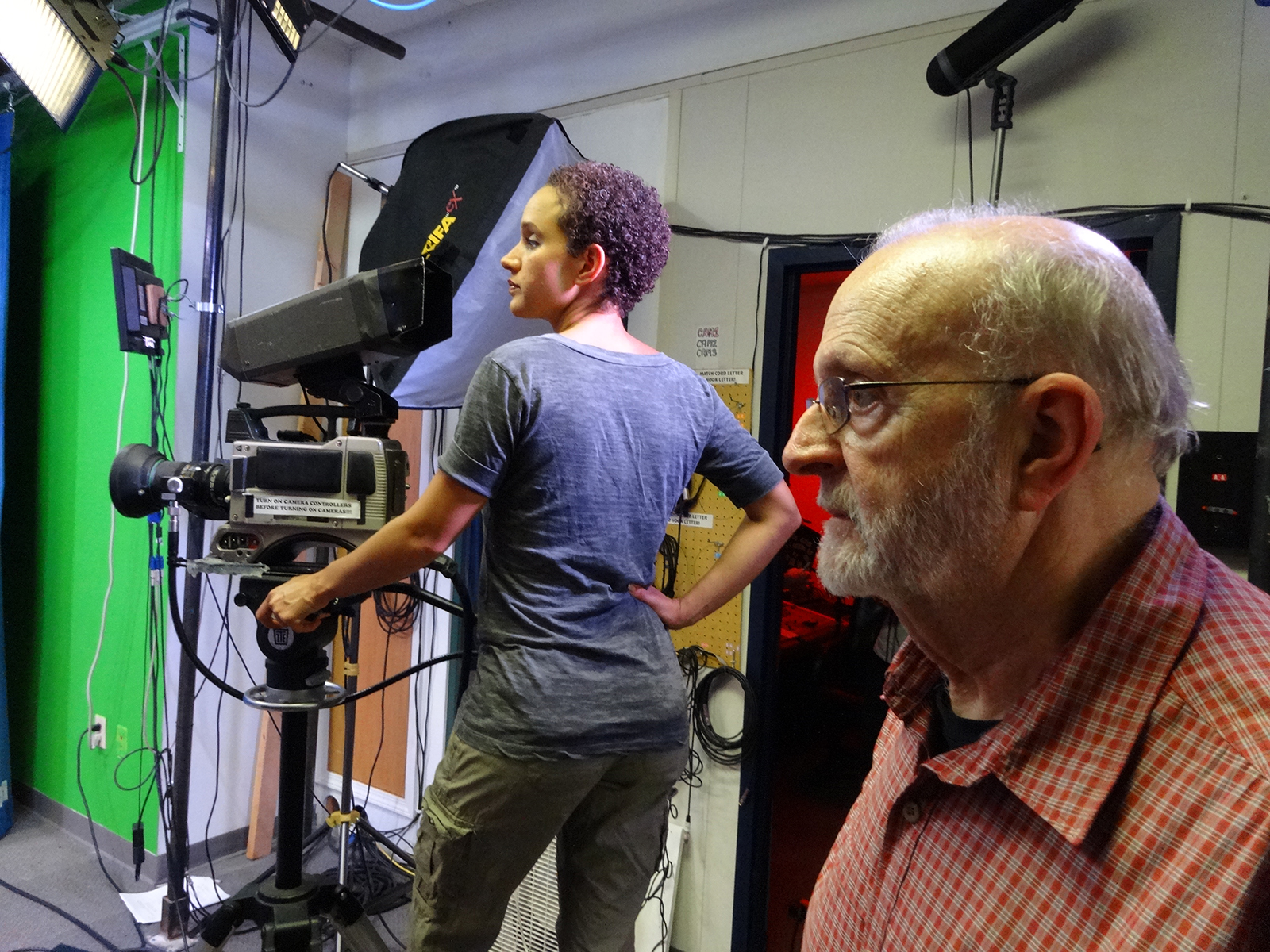 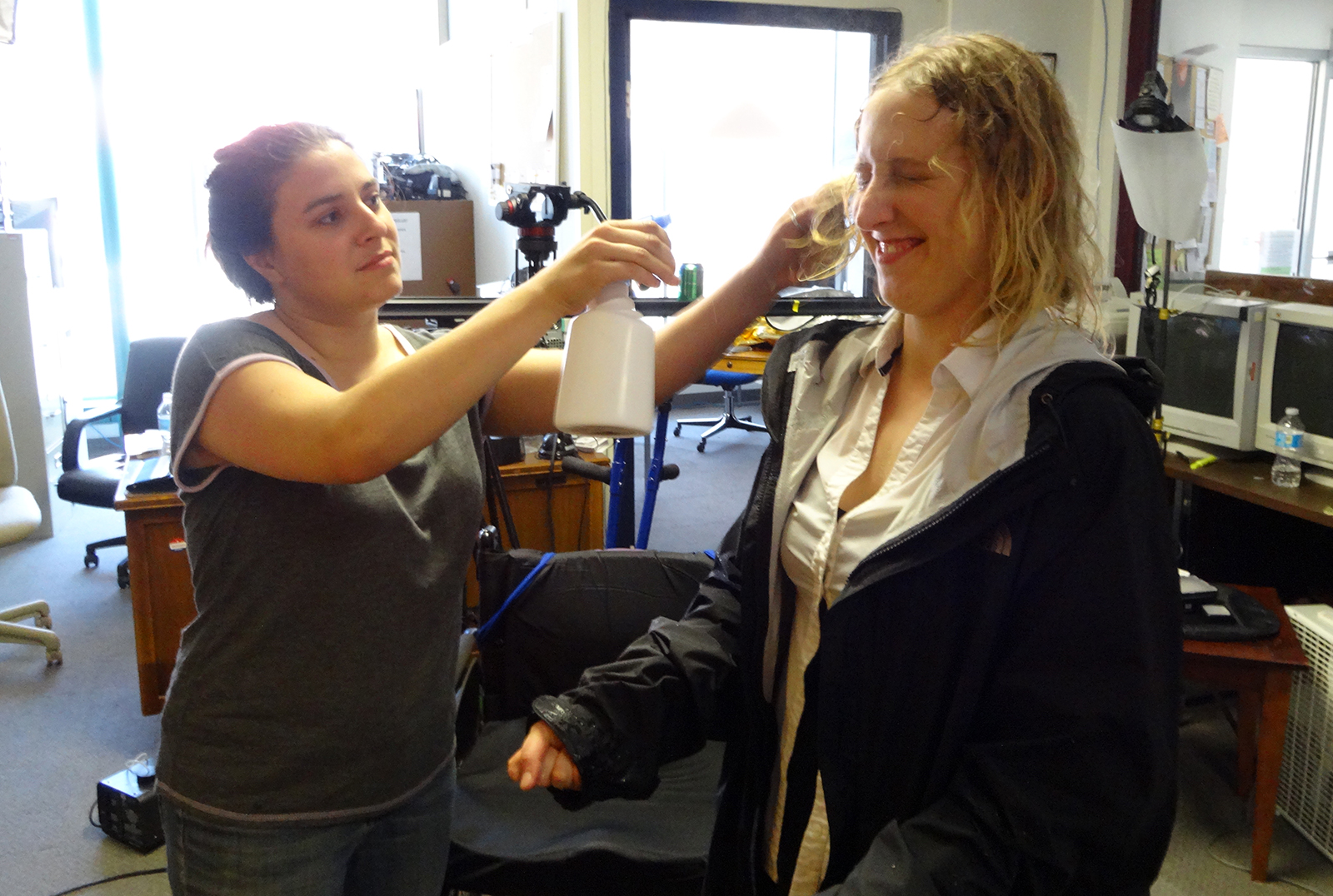 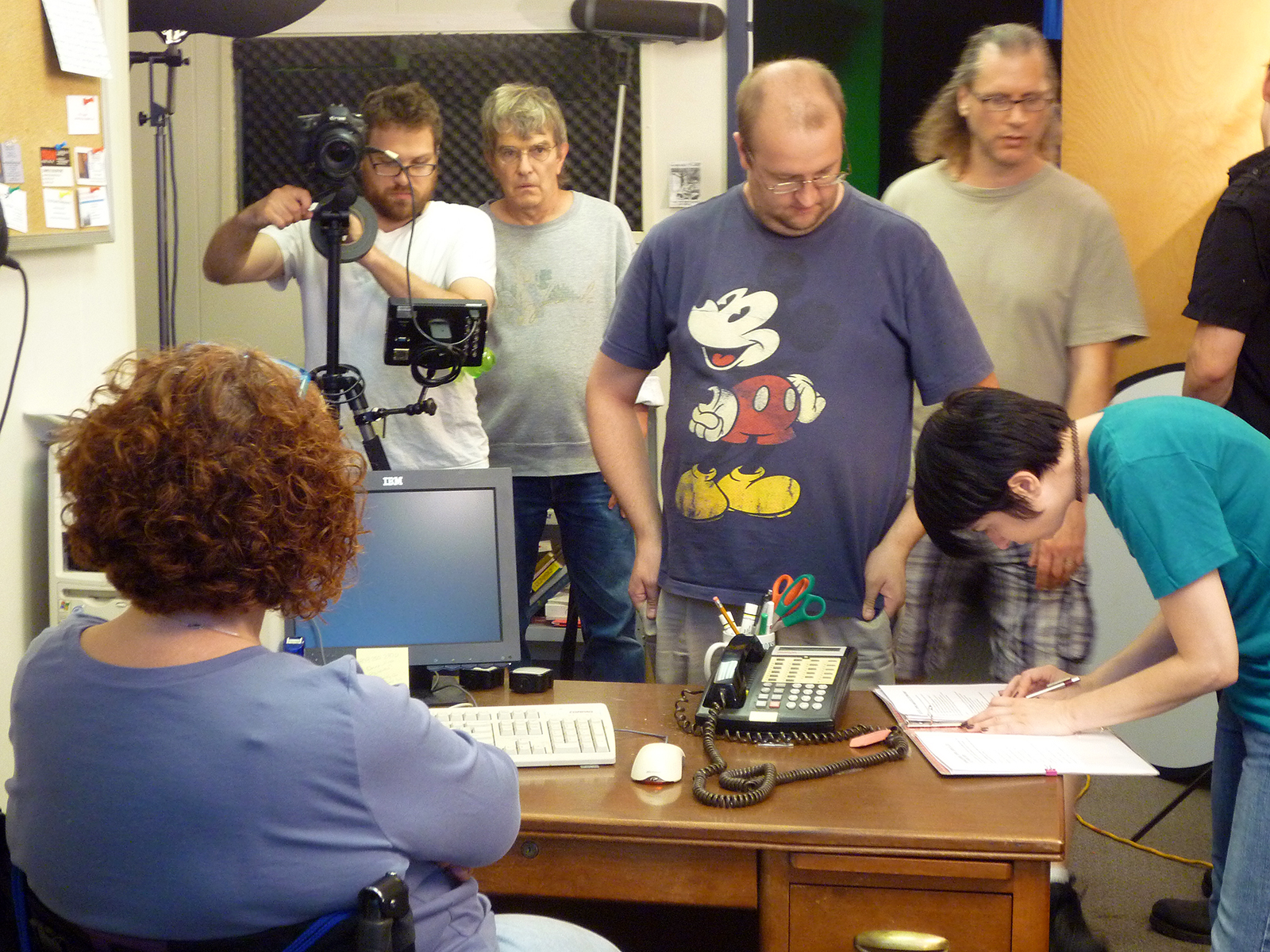 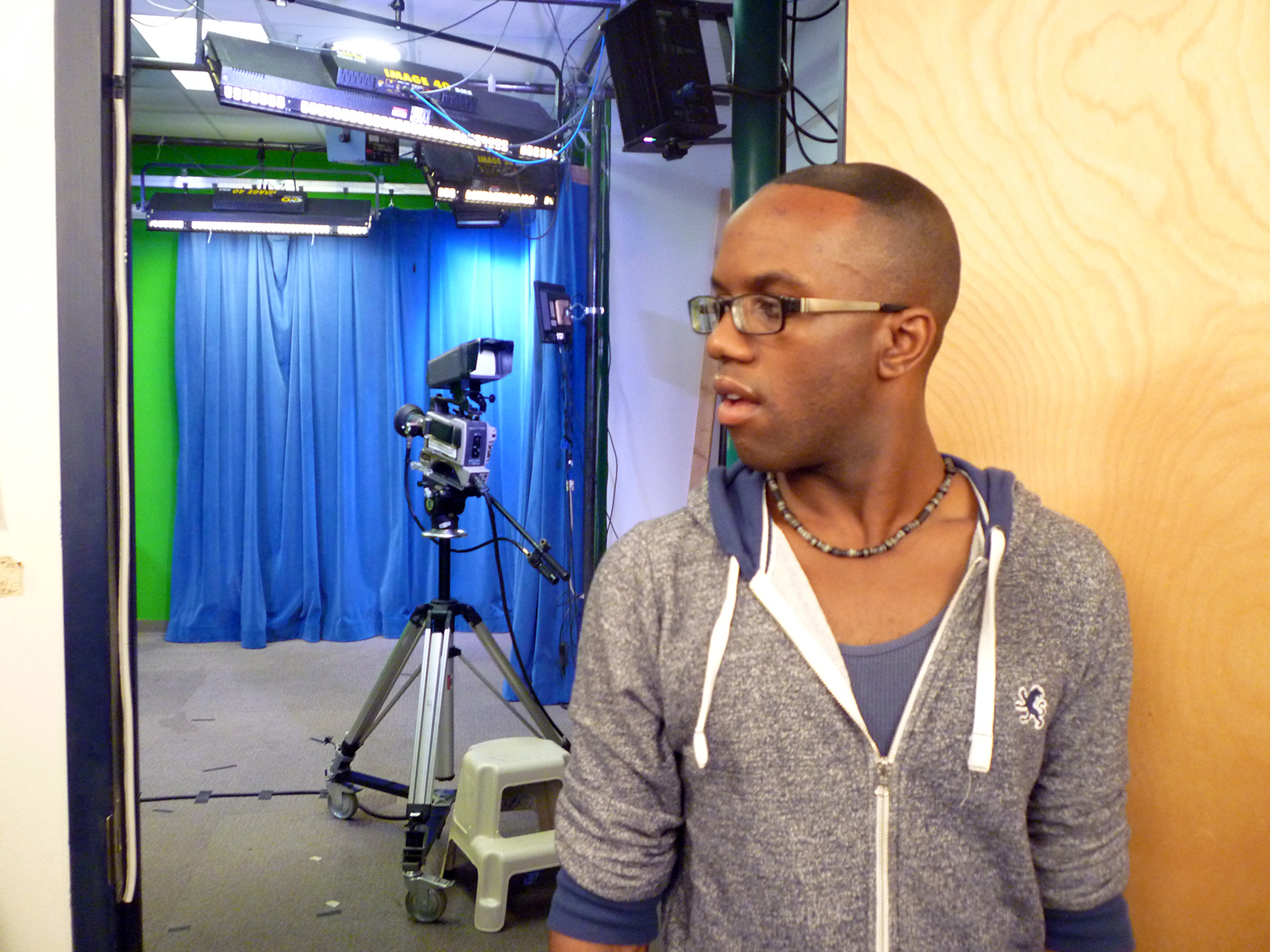 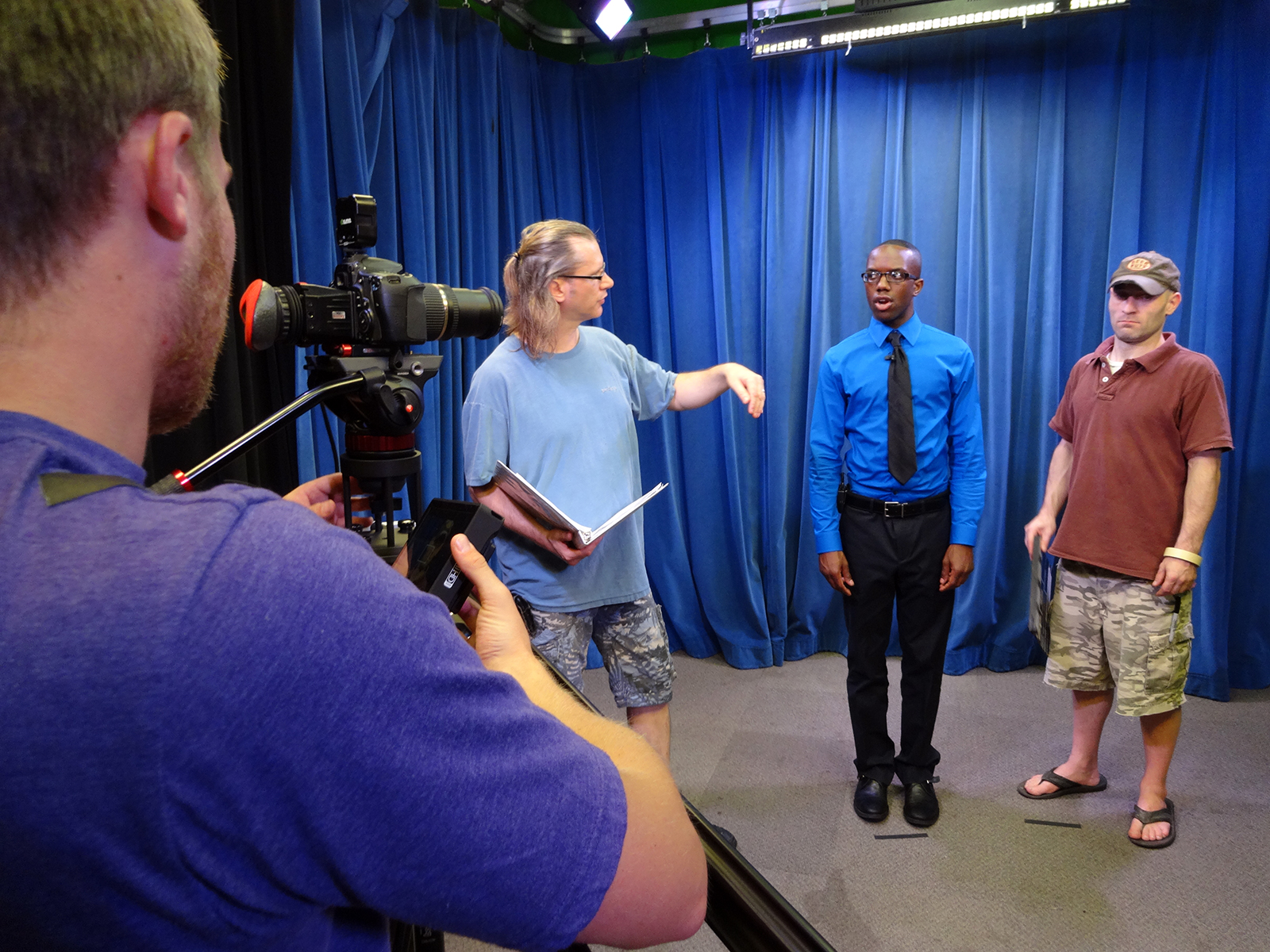 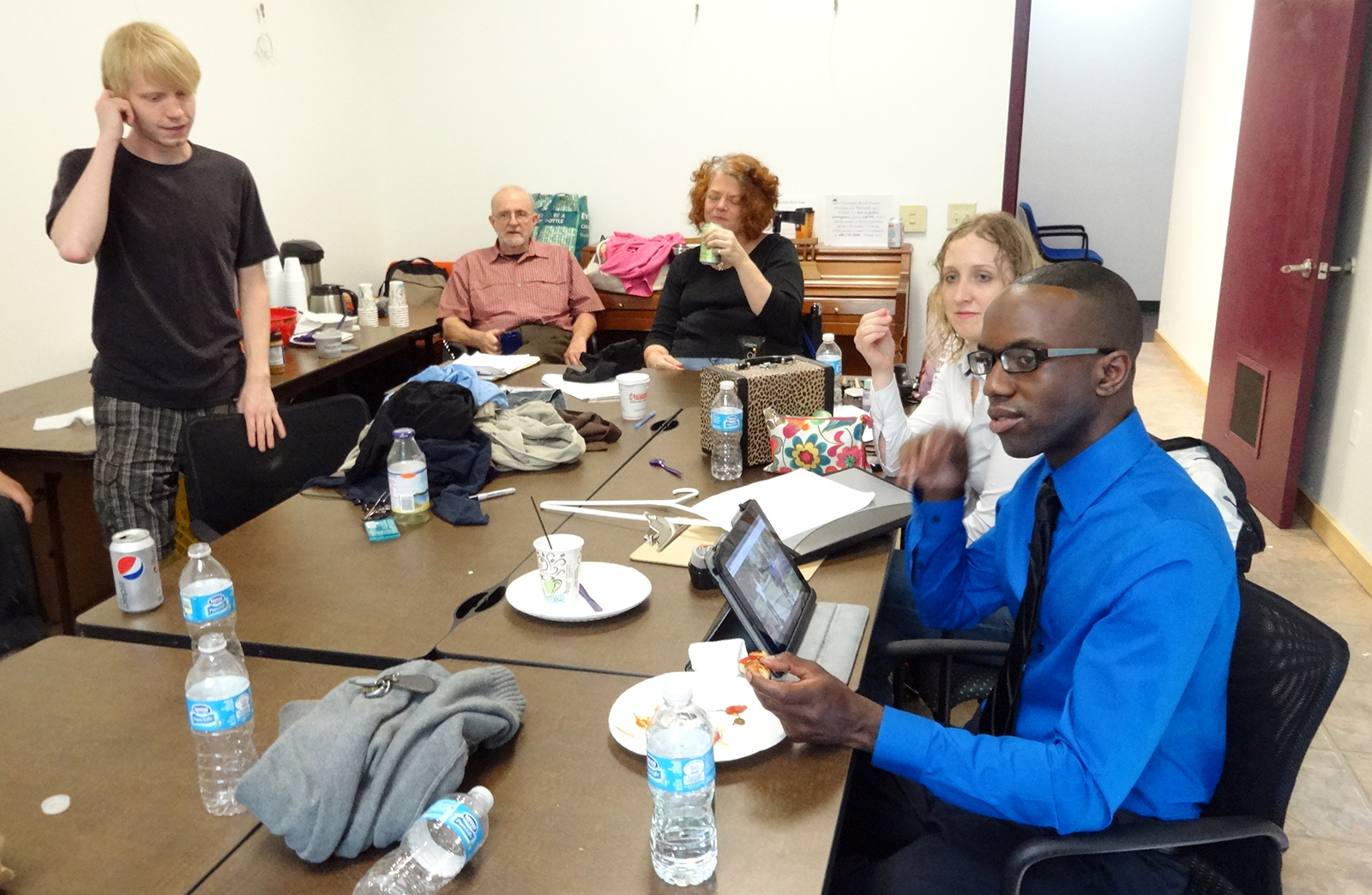 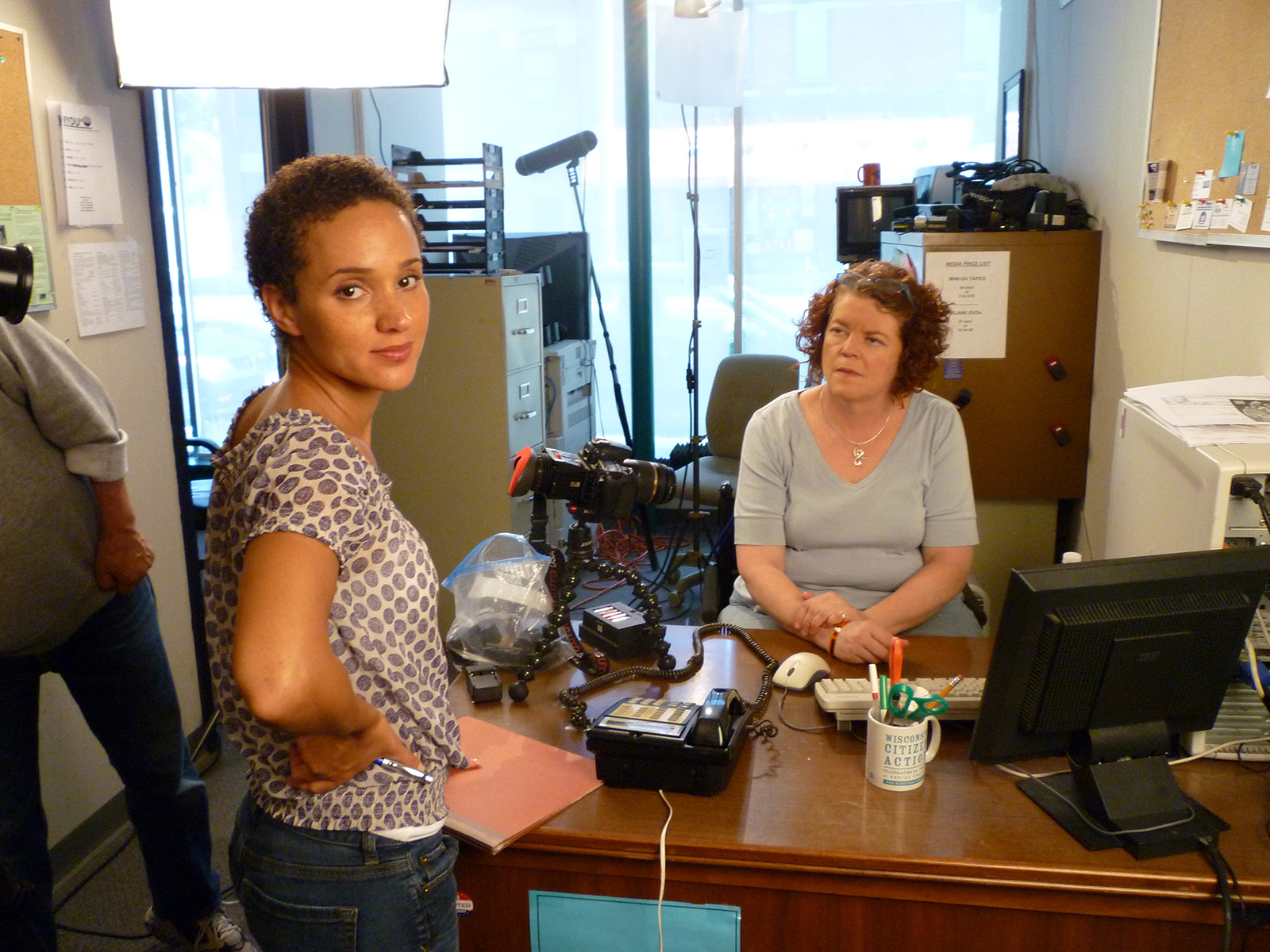 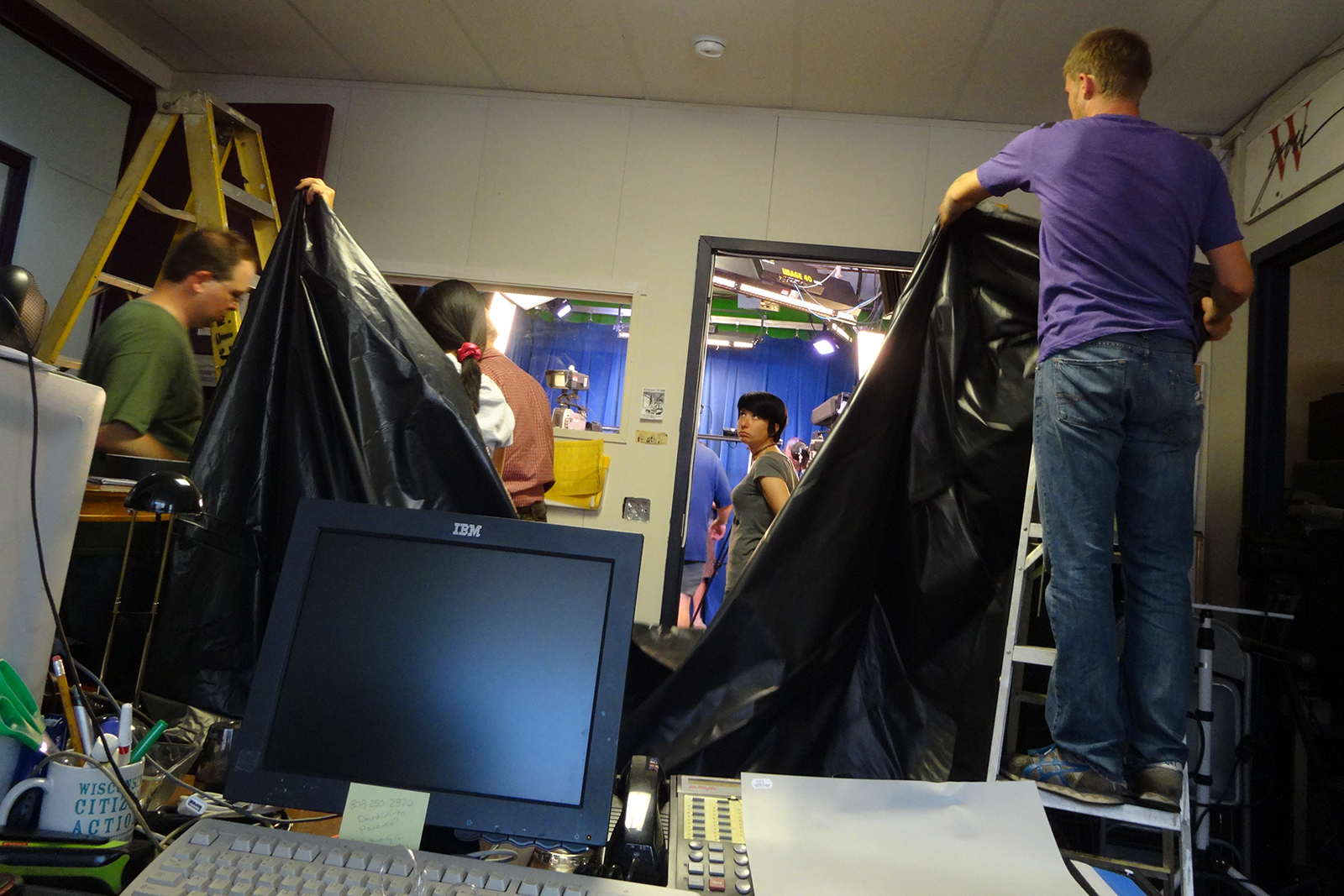 Photos by Colin Cameron (except where noted otherwise)
Posted by Tarazod Films at 10:46 PM 0 comments

Production Begins on The Weather Report

Today was the first day of shooting on the comedy short, The Weather Report. We saw excellent performances by our actors; a fast, hardworking and efficient crew; and some dynamic shots.

The story revolves around Don (played by Odari Kimani) and several other characters who attempt to put on a television show at a rather dysfunctional cable access station.

On set in the cable studio... 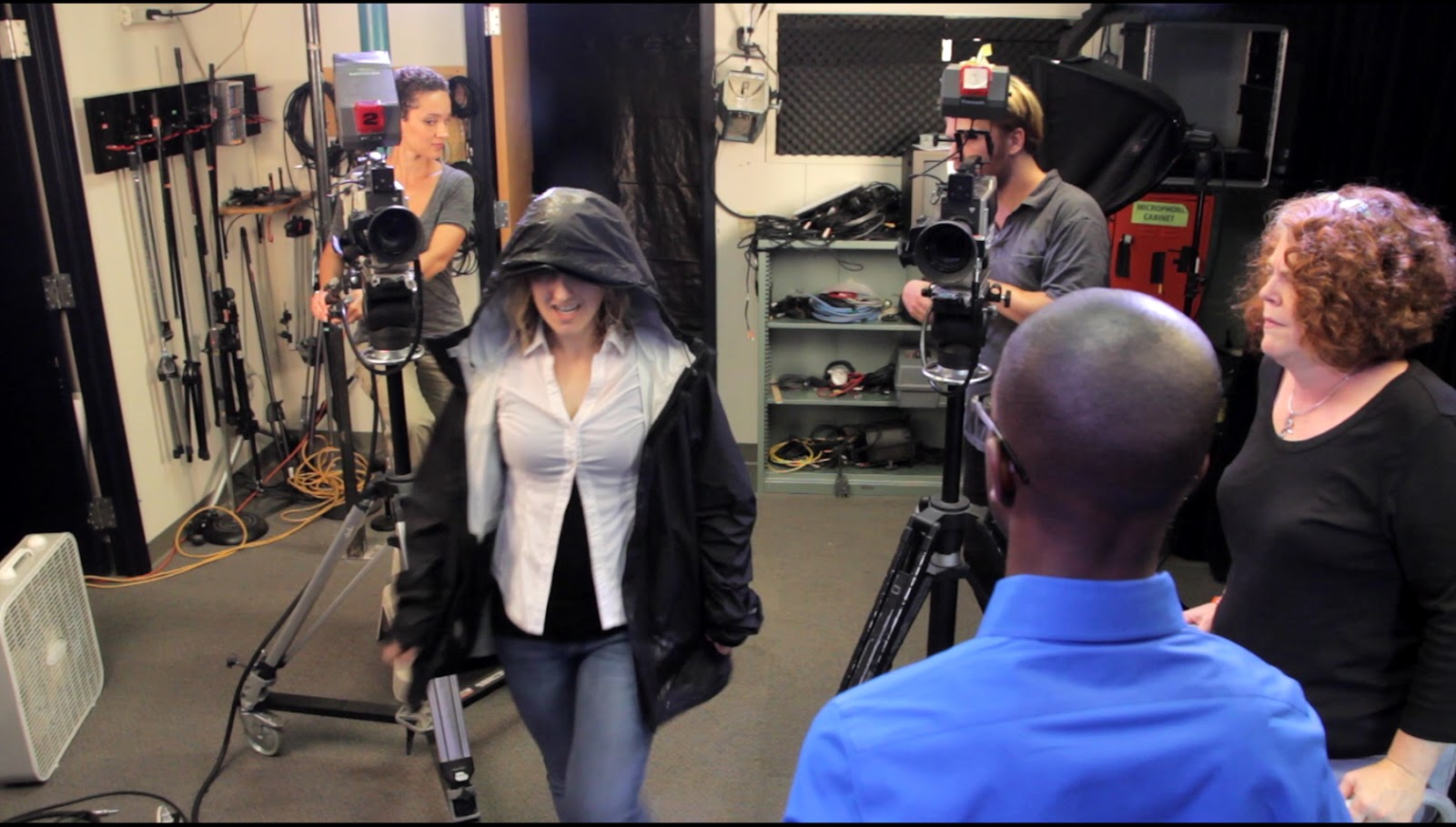 The non-profit organization Alliance for Democracy hired Brazen Video Productions to record their panel sessions held during the past three days at the big Democracy Convention in Madison. Tarazod was subcontracted by Brazen to assist with the shoot. 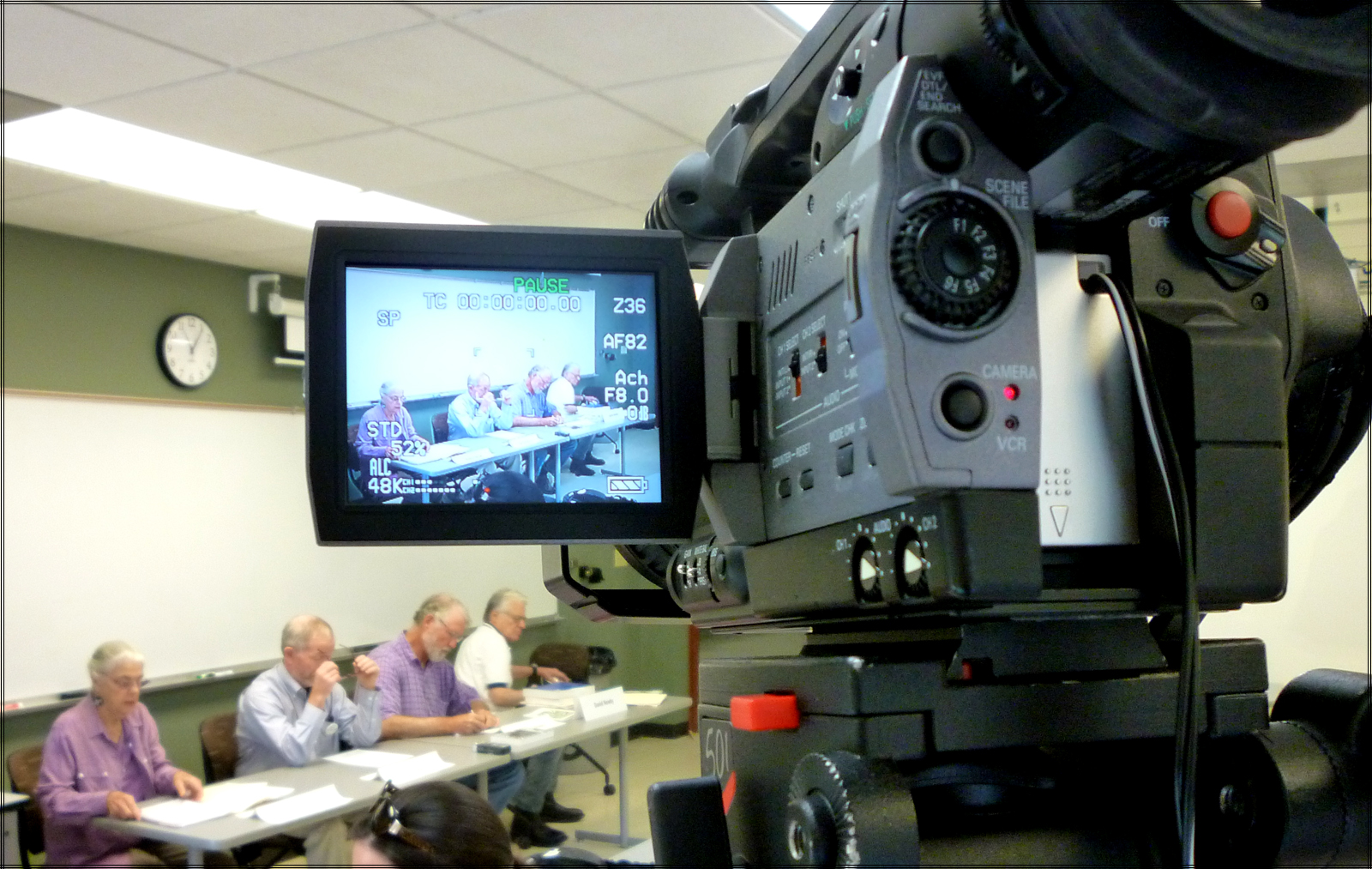 Auditions Continue for The Weather Report

Today we began our 2nd week of auditions for The Weather Report, a short comedy film we'll be shooting later in August. Things have been going just swimmingly. We're happy to say that out of the eight main roles in the movie, we now have seven filled...though we won't be officially announcing who they are for another few days. We also have most of the remaining supporting parts settled upon too. There are 14 speaking roles in all. 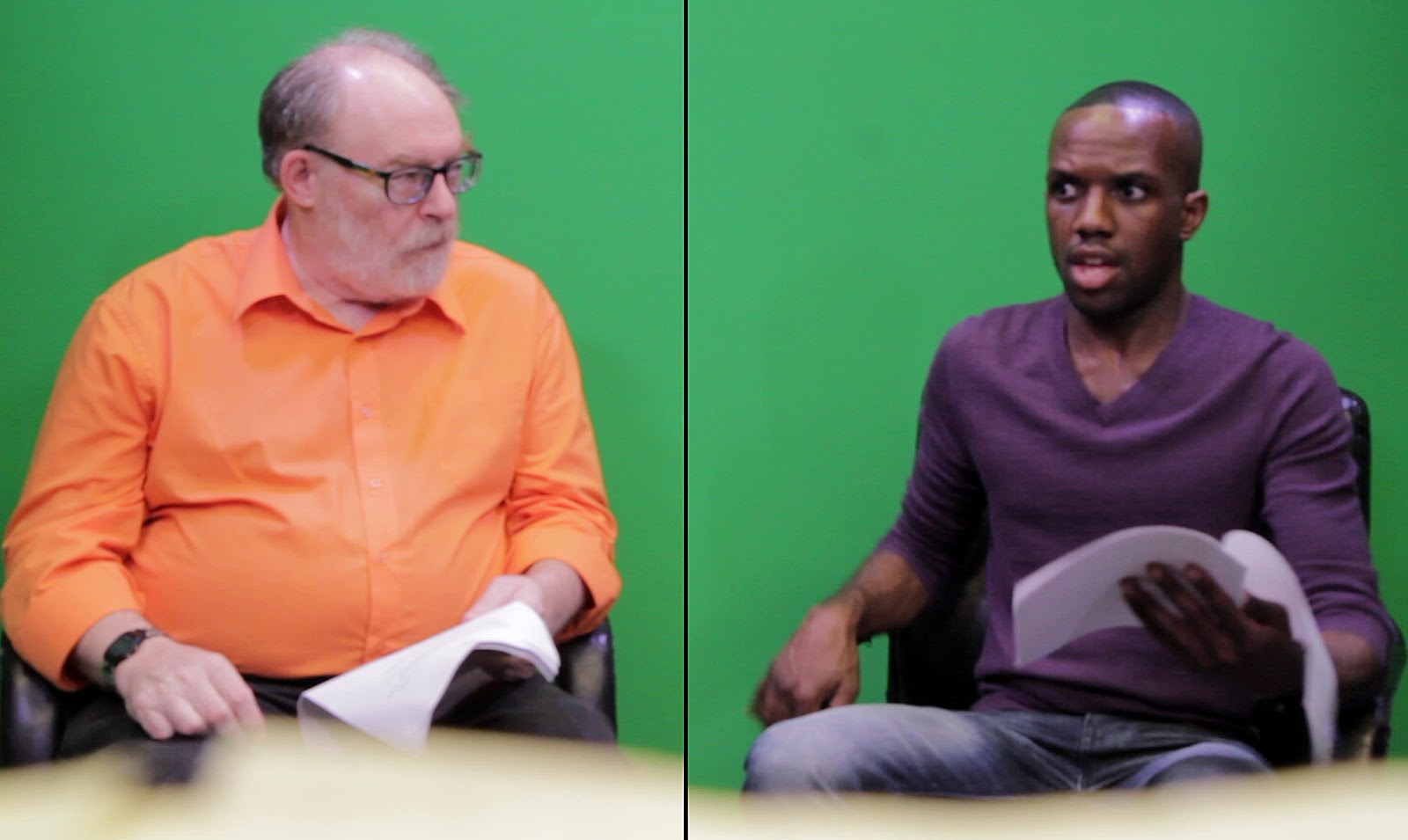 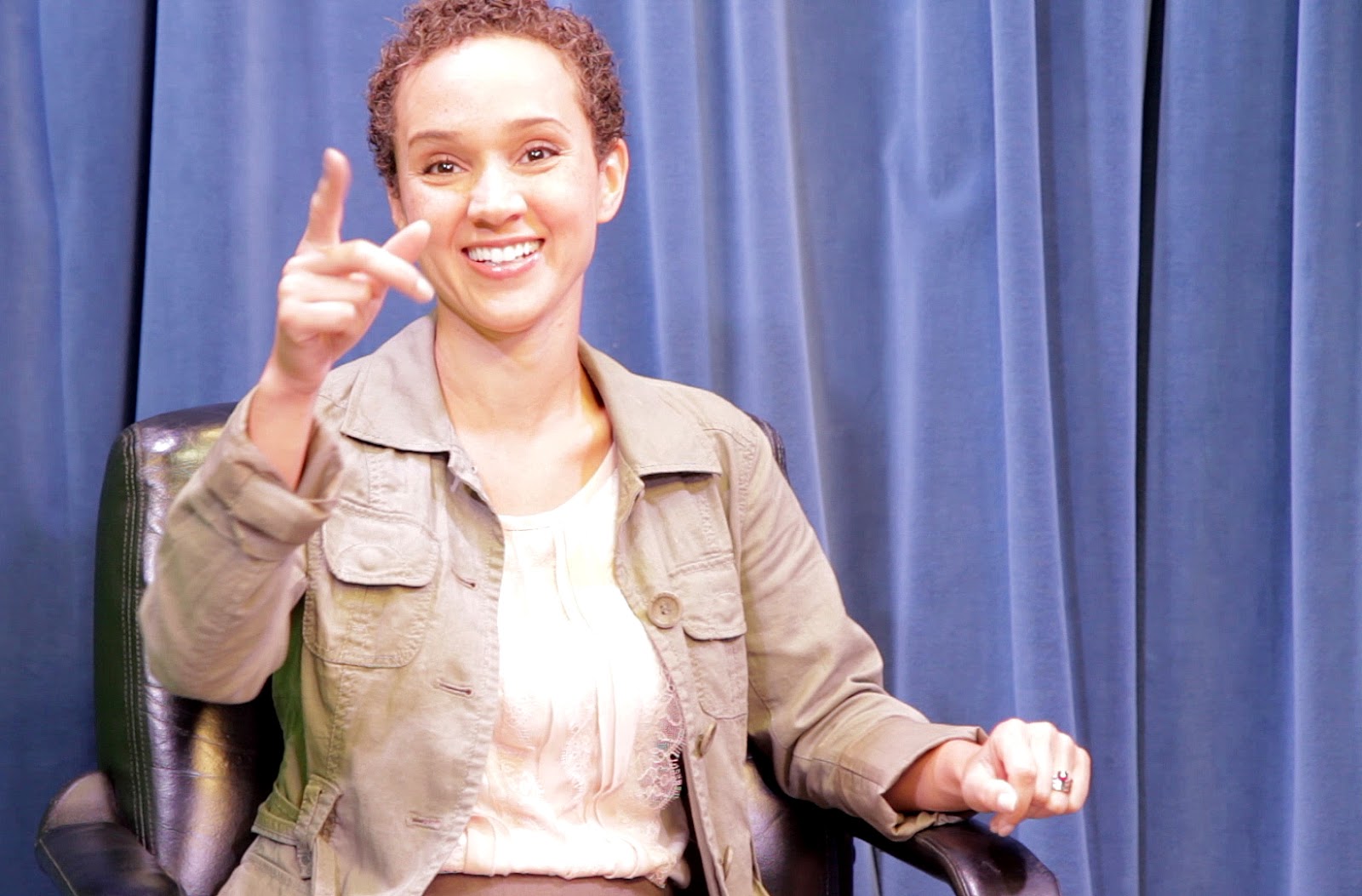 Rick Richards, an indie screenwriter, has composed a feature-length comedy script entitled The Weather Report. One of the ways he's looking to promote and sell it is thru the creation of a movie trailer. Robert will be directing the project which is schedule to begin shooting August 17th.

We're working hard to solidify the cast and crew, finalize changes to the trailer script, and and create the shot lists/schedules within the next week. The story centers around a successful local radio personality who gets fired from his commercial station because of corporate downsizing. After many unsuccessful attempts elsewhere, the protagonist, named Don, ends up turning to the extremely dysfunctional world of cable access TV to make his comeback.

Rick and Robert have been reshaping The Weather Report trailer script--moving it away from its movie trailer feel and into a short film that can stand on its own. Last evening, film partner Colin Cameron met with Robert to continue this process. 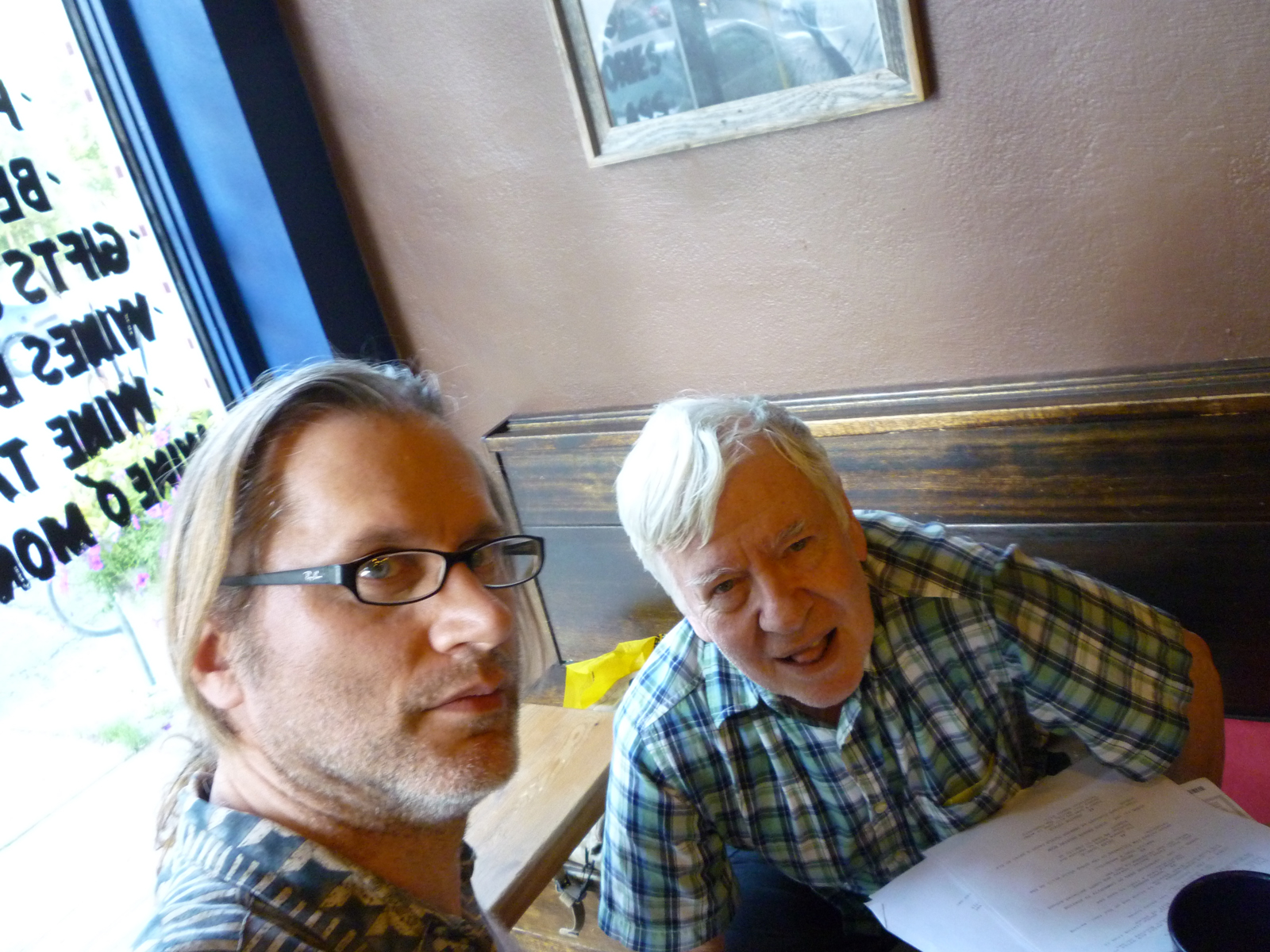 Posted by Tarazod Films at 9:30 AM 0 comments

Robert spent the morning with Nicholas Wootton working out the opening montage sequence for Just God. 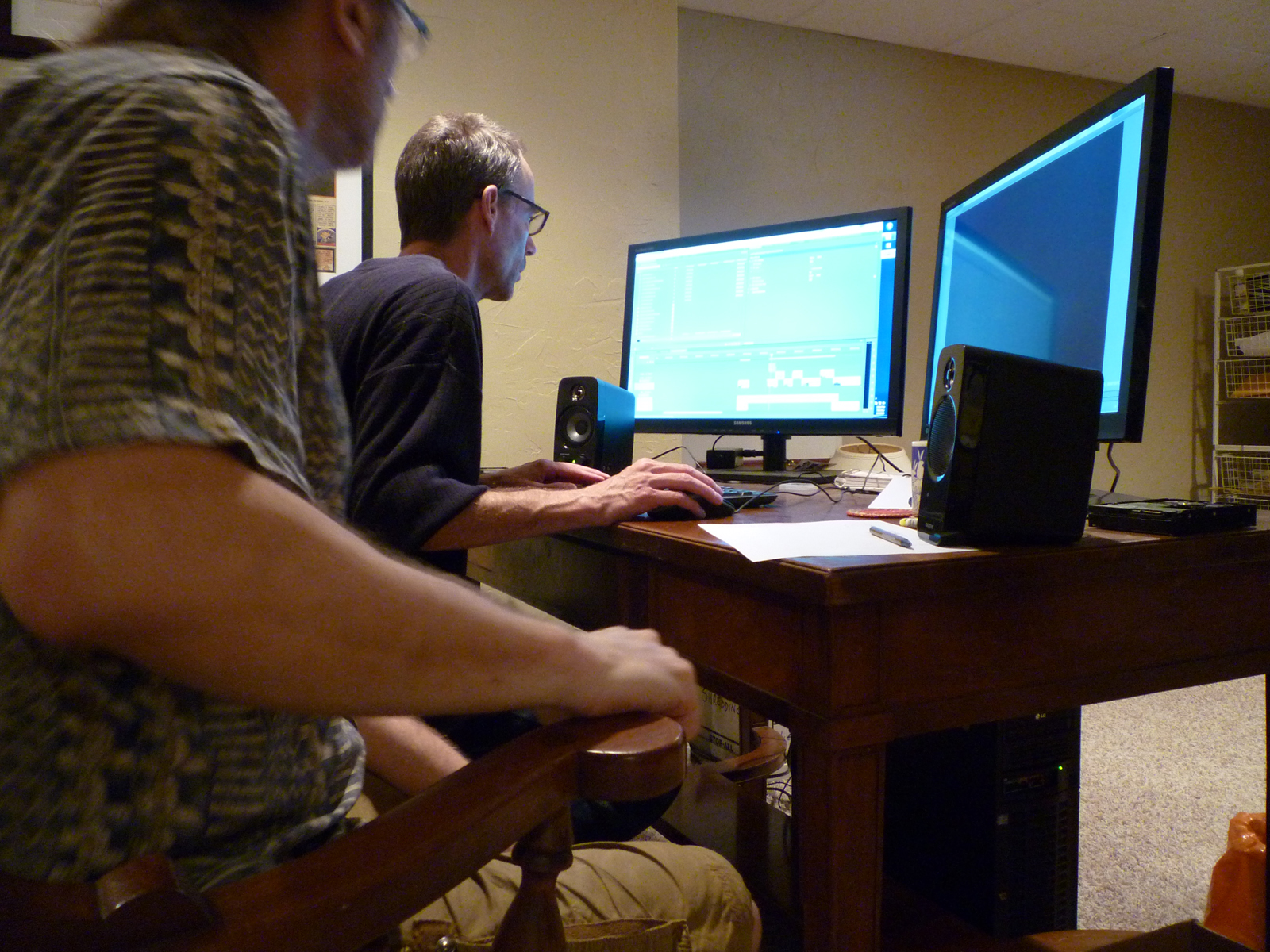