This past Saturday, we finally wrapped on Nicholas Wootton's Windmiller Media comedy, Just God. Filmed several montage sequences in the morning with actor Doug Reed (Father Stevens), then outside "God's Office" in the afternoon with Craig Johnson (Security Guard). 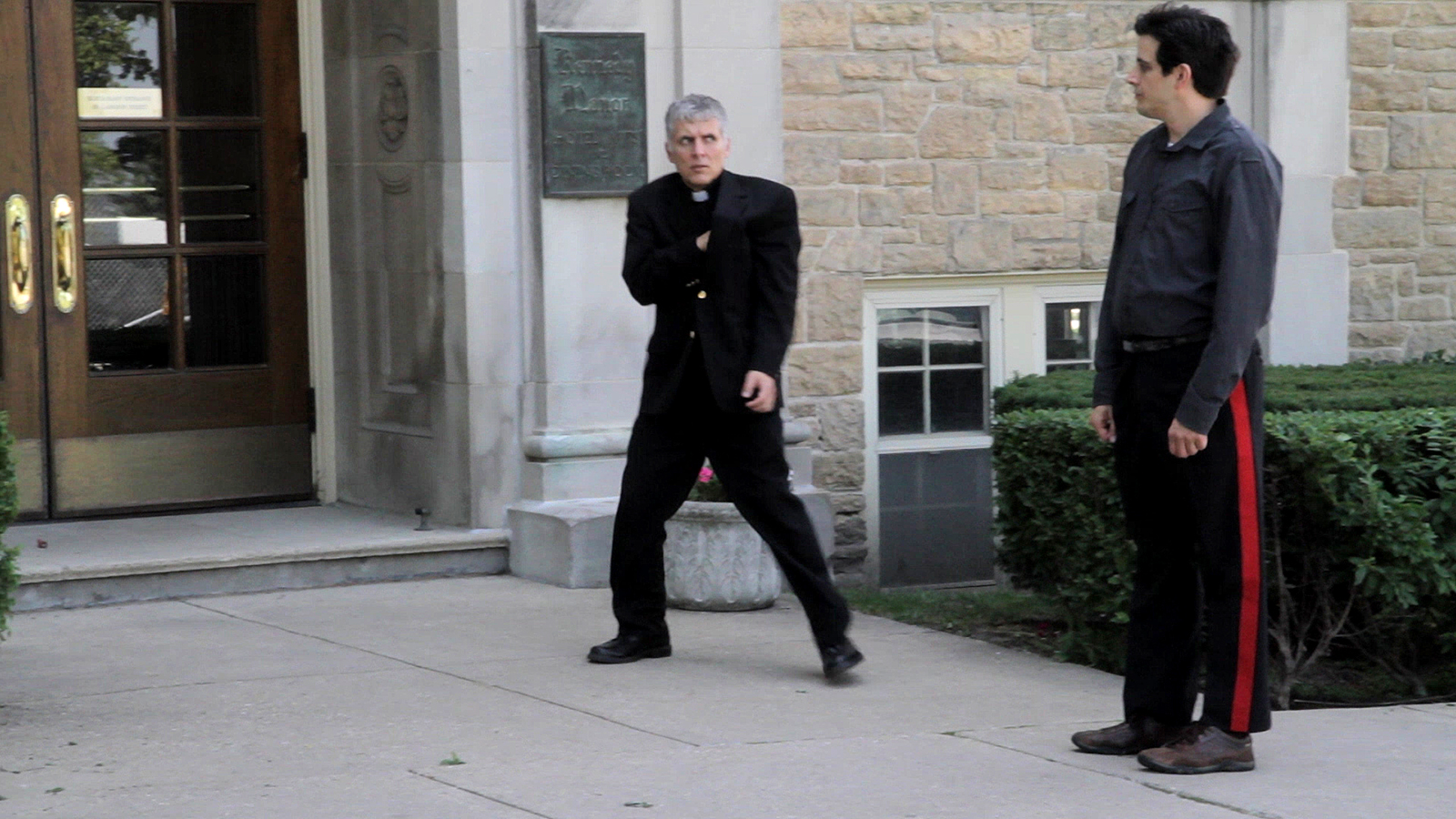 Actor Veronica Harper dead on the steps from a fall several stories up. 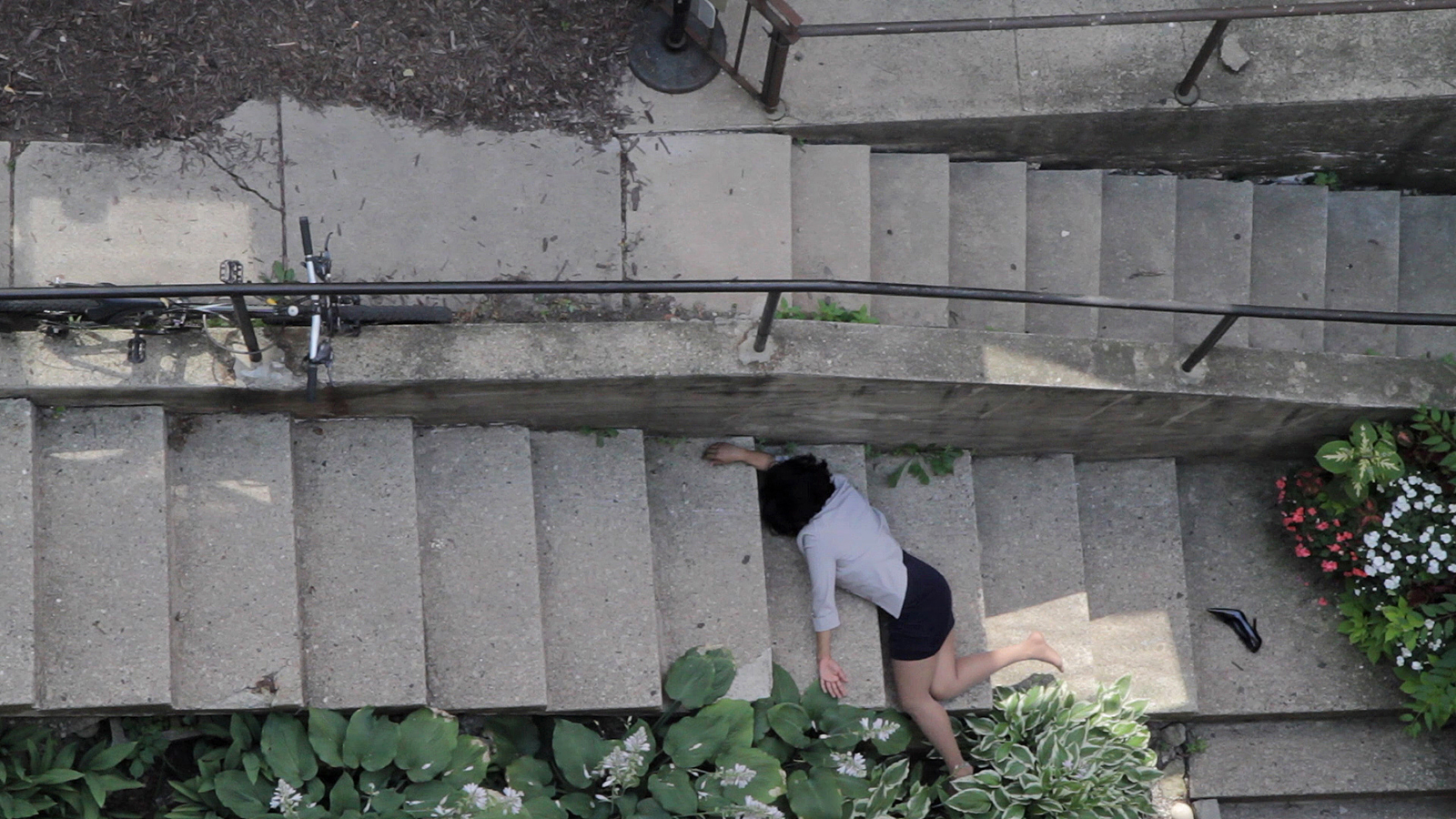 Back at director Nicholas Wootton's home, the simulated fall from the building was set on green screen. Veronica balances on a bucket while a fan blows her hair and fishing wire attached to her jacket is gently moved back and forth. Nicholas along with cinematographer Michael Haven are perched above on the rooftop. 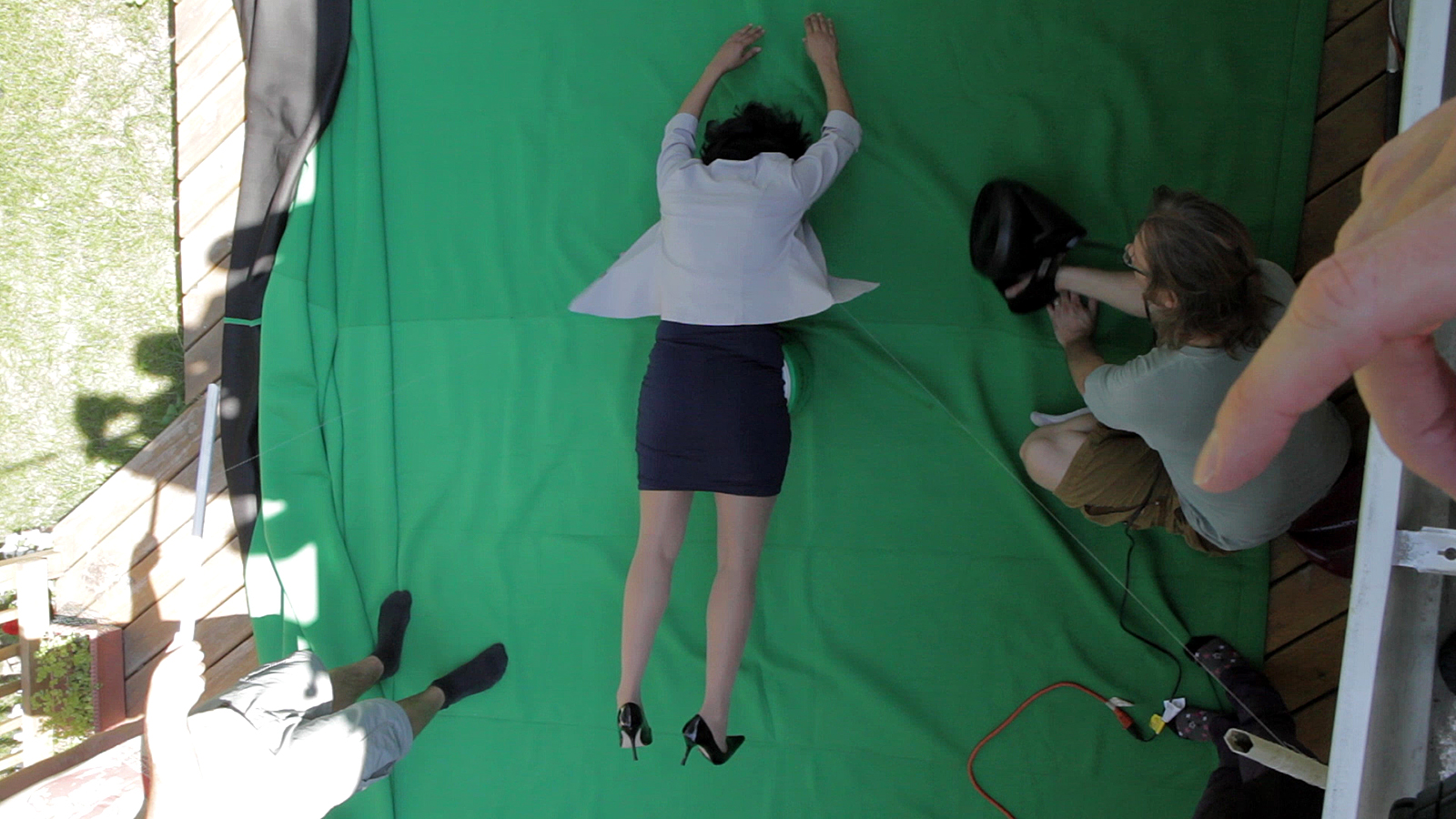 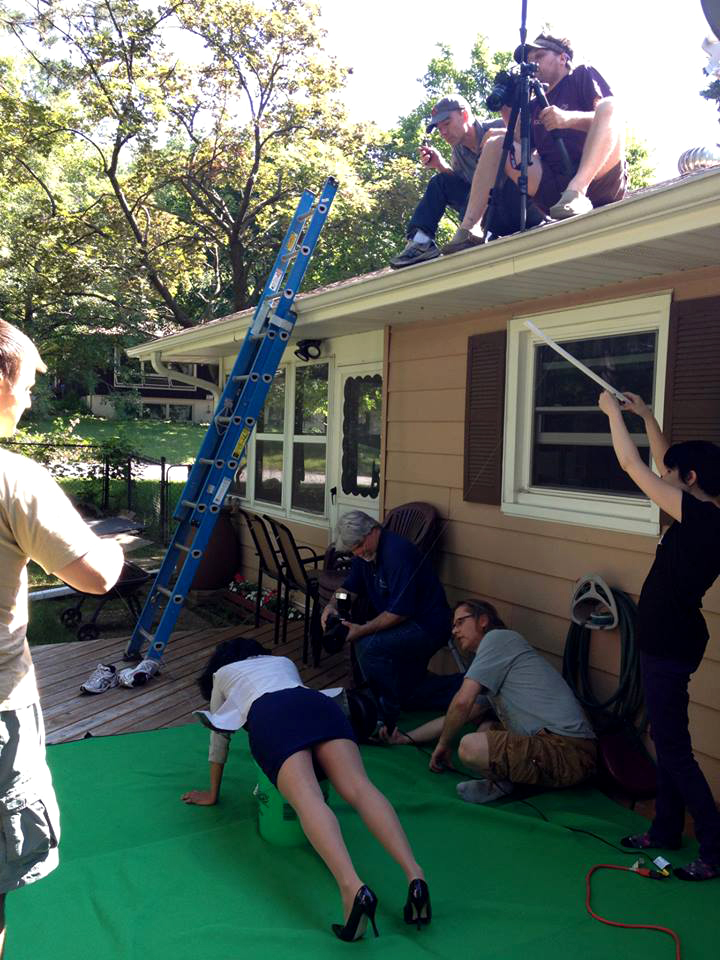