It was not the easiest of shoots in such a dark, echo chamber-like setting. But it worked and the speakers were good. 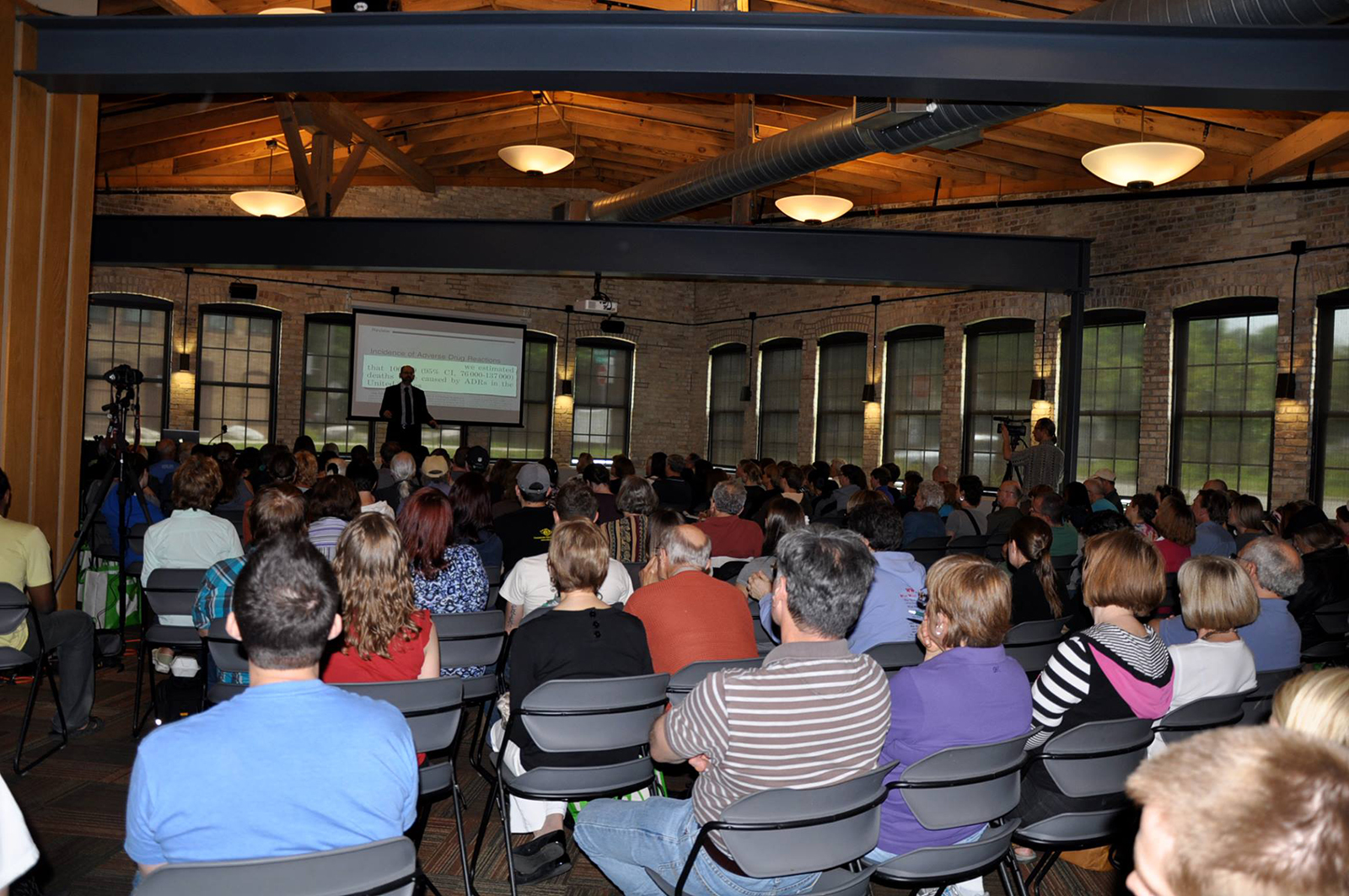 
We recently completed the final edit and the videos are now live on the Mad City Vegan Fest website.
Posted by Tarazod Films at 8:05 PM