Had a scare today. Robert had the 7D DSLR set up on a tripod preparing for a shoot. He left the room for a moment and when he returned, the camera was laying face down on the ground with the tripod knocked over. The bolts on the tripod sticks have been acting lose lately, and one of them apparently didn't hold.

It fell over and the camera landed lens first on the floor. Luckily, we had a UV filter on the end. It was smashed, but the lens and camera are still fully functioning. 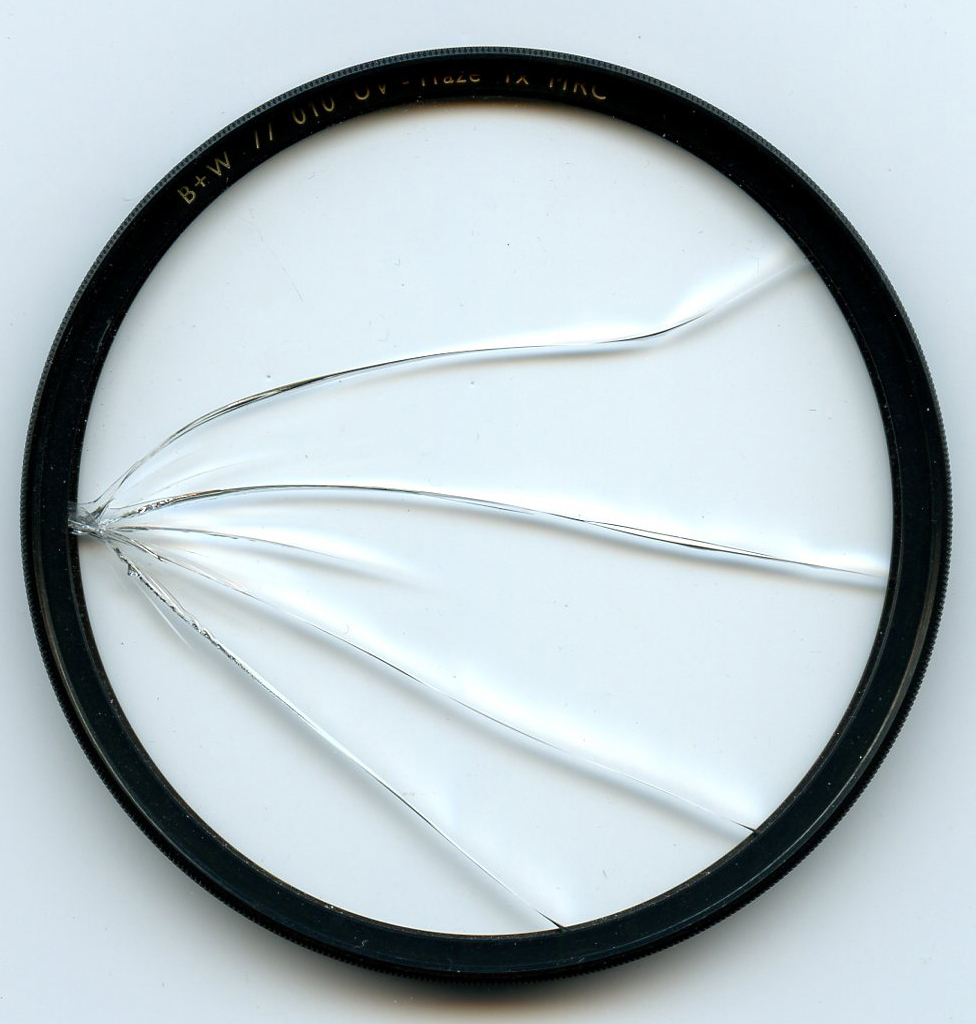 The ultra-violet filter is not an inexpensive brand, but it's a hell of lot cheaper to replace than a new lens.
Posted by Tarazod Films at 11:30 PM