In October, forty four different theater companies from around the country will perform 44 Plays for 44 Presidents, a "comic romp through the legacies left by each of our commanders-in-chiefs." Each theater troupe is given the task of presenting just one president. The plays will all be shot on video, and then the clips edited together to form one film.

The Forward Theater Company in Madison was given the task of portraying George W Bush. As a favor to Jim Carrier, director of the Wisconsin Film School, we recently helped out by shooting the dress rehearsal which will be the clip submitted to the final project. 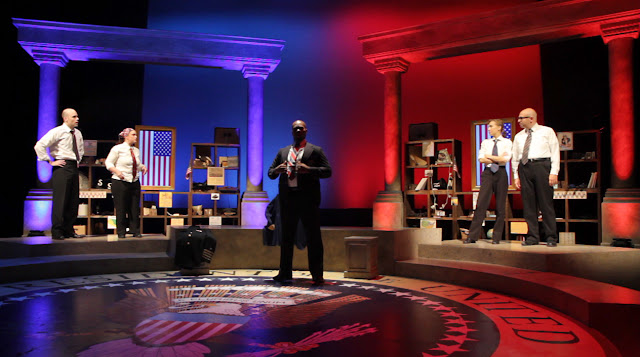 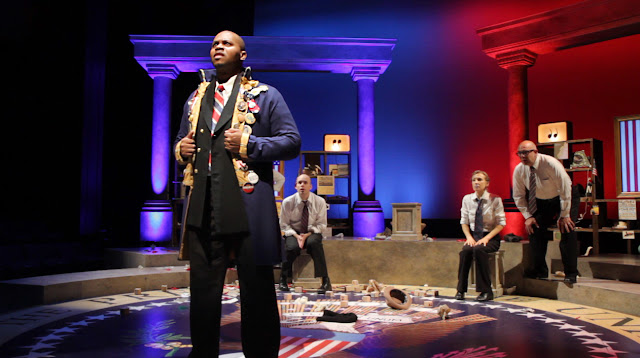