We had a pre-production meeting with Nicholas Wootton of Spilling Latte Films and Michael Haven of Exchange Productions. Nicholas will be producing and directing a narrative short comedy titled Just God, and he's asked us to collaborate. 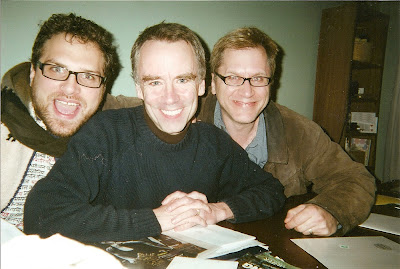 Synopsis: A young man manages a non-profit inner city youth center that helps teens escape violence and drugs and assists them with getting an education. He is a model of good citizenship. But he faces a moral dilemma when, in tough economic times, he is forced to accept money from mobsters to keep his youth center open. Then the unexpected happens.
Posted by Tarazod Films at 9:42 PM