Immediately following our appearance at the Edgerton Book and Film Festival today, we darted back to Madison for rehearsals for tomorrow's Strindberg shoot. We met at the home of Joyce Aasen who is playing one of the leading roles in the modern day segments of the film. Practicing lines with her was Nicholas Wootton, who only this week came on board the project. He graciously agreed to fill in at the last minute for a role that had been assigned to another actor but who had to back out. 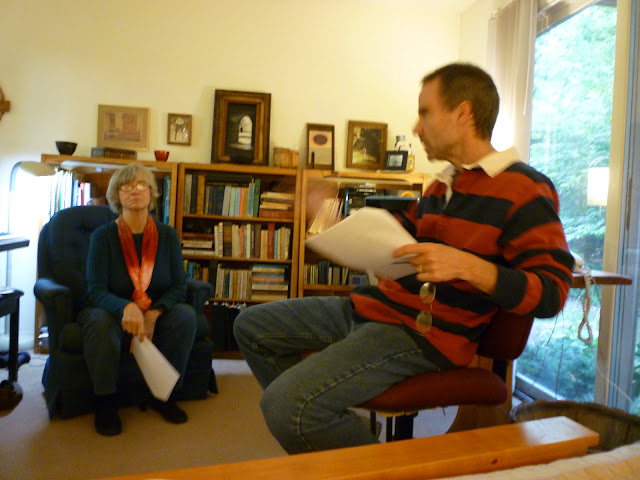 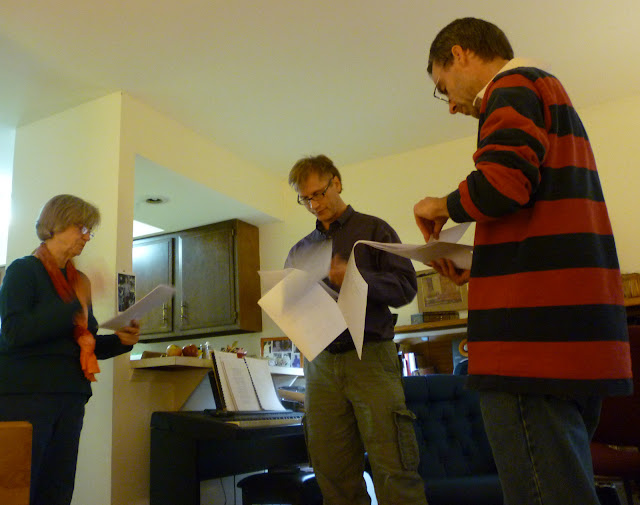 DP Michael Haven and Co-Producer Colin Cameron also joined us and chimed in with some valuable suggestions. 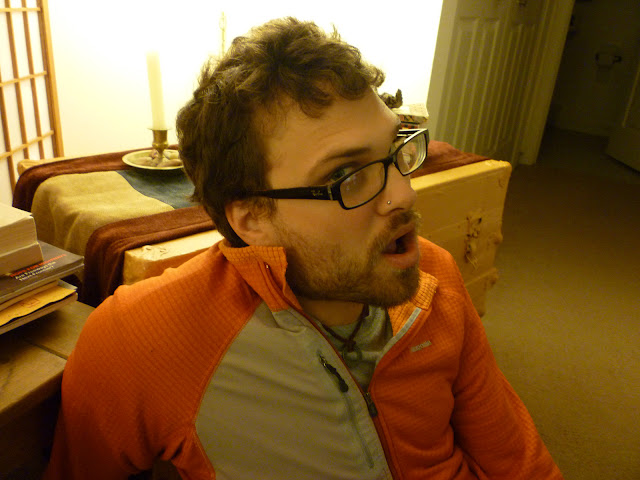