On larger projects, it's important to always make the effort to get all the proper paperwork signed, release forms in order and licenses paid for. Otherwise, when it comes time for distribution and sales, these things could come back to haunt you.

However, our Strindberg project is a no-budget narrative short. So there's no money for getting permits or permission...or practically anything else either. Rather, we show up on location in the early morning and shoot with a fast-working skeleton crew.

Anatomy of a guerrilla alley shot... 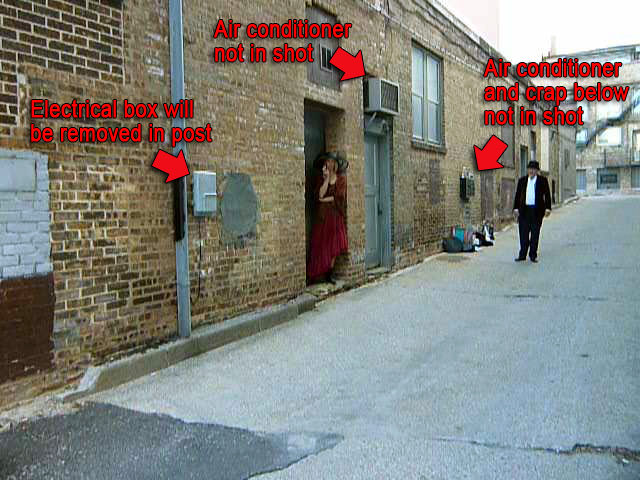 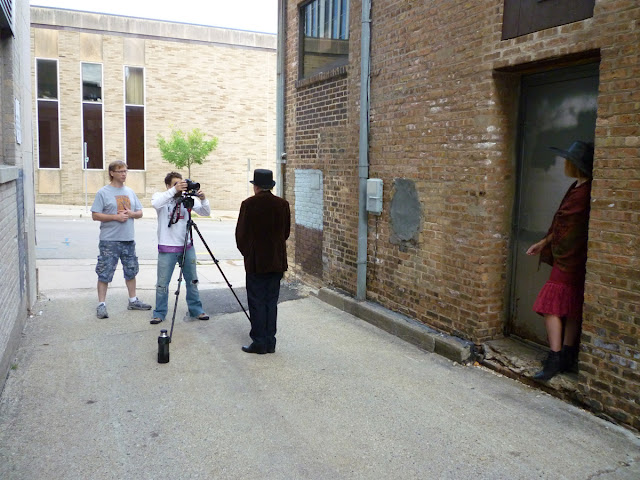 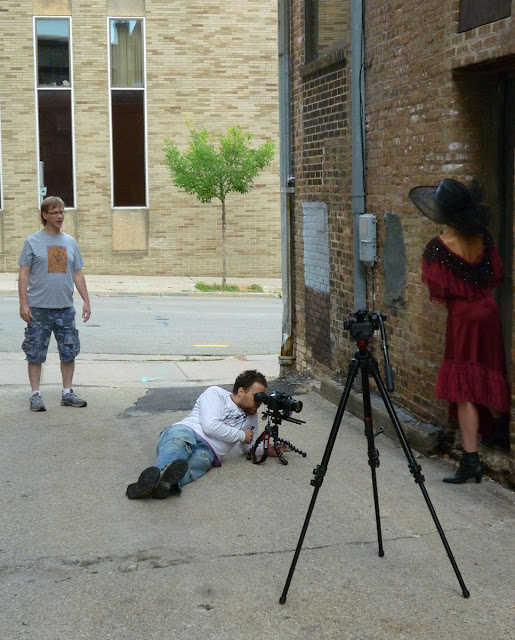 
We had another scene where Patrick Garvey as the Assistant must enter and exit a building on two to three separate occasions. Our location was an old house-converted-to-apartments. We shot it in the morning and then returned later in the day to catch it with the changing light. But on the second time around, the landlord of the building came out and shagged us off the property. 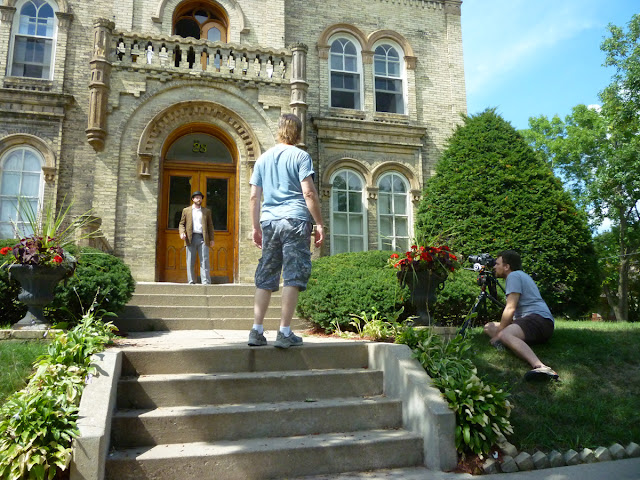 We weren't done, though. We still needed to shoot Patrick exiting, this time with black soot exploded on his face. So when the landlord finally left in his truck, we returned once more and shot the fastest takes we've ever done on this project. 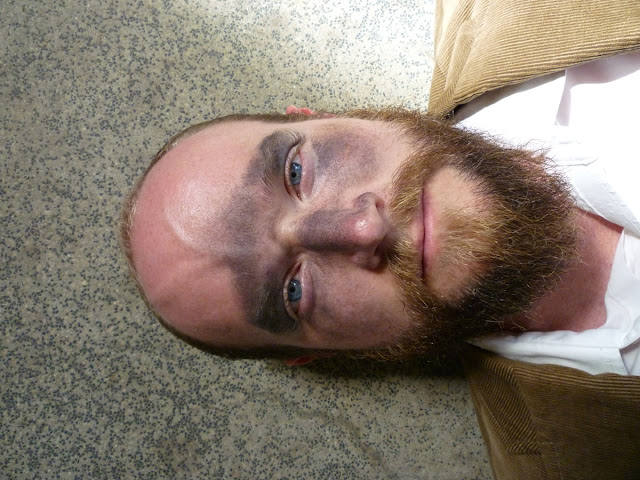 Patrick on ground waking up with soot on his face. 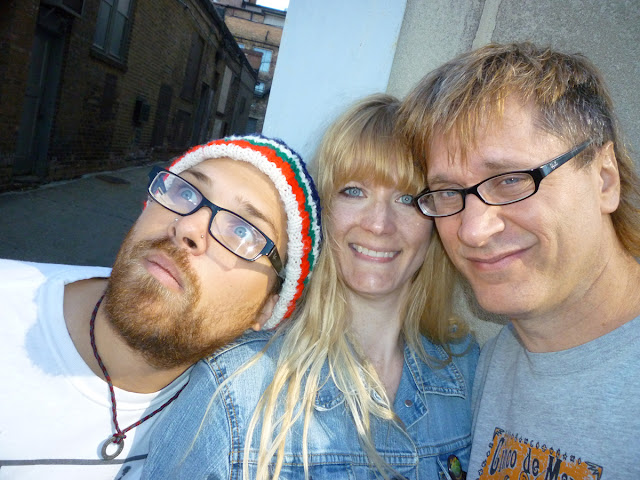