Actor Georgia Curry plays Katina, the Swedish opposite of Bjorne (Patrick Garvey) in our short film Strindberg's Assistant. It was just over a week ago that we shot a number of Georgia's outdoor scenes. Much of the period sequences within the film are meant to be silent. As a result, we don't have to be concerned with getting sound; shooting was quicker and easier. 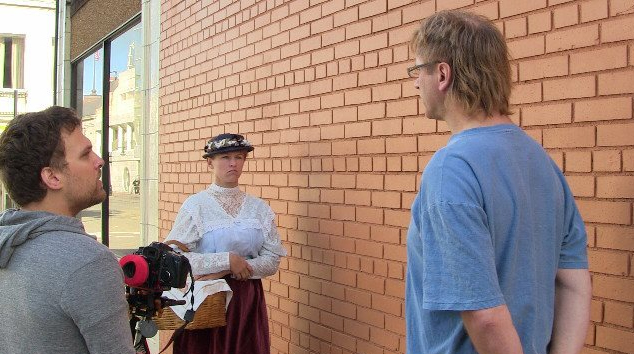 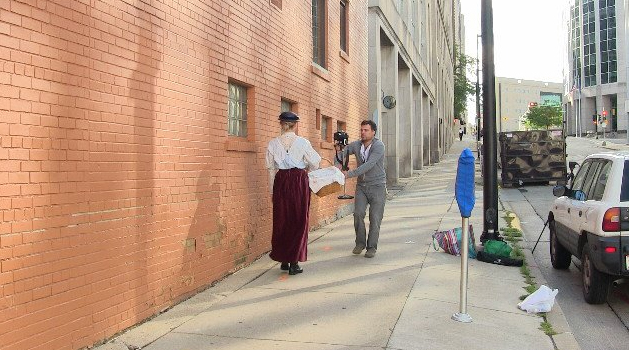 
One scene in particular we thought might pose some challenges. Taking a shortcut through a city park, the Katina character comes upon a stray cat that she subsequently 'rescues' by placing it in her basket.

Outdoors. Cat. Basket. Could be a problem. 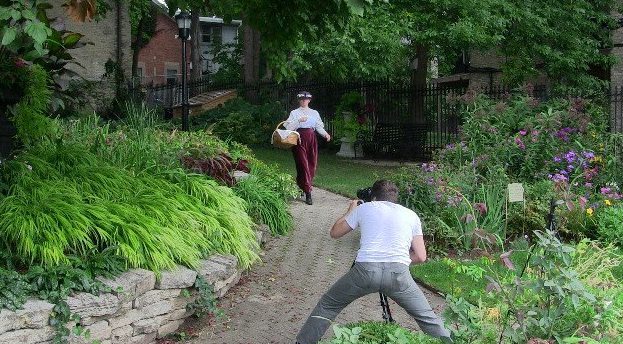 But as it turns out, all went rather smooth. Our DP Mike Haven brought his own cat, Phoenix, to the set. While she was by no means willing to "act" for the camera, she still did a terrific job of posing just long enough to get the shots. 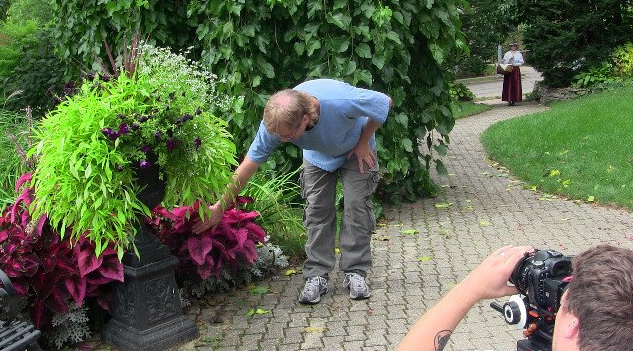 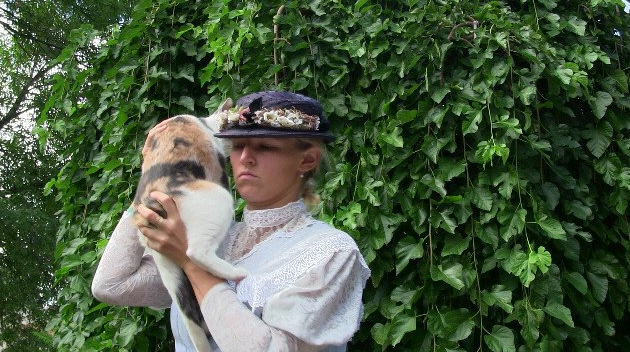 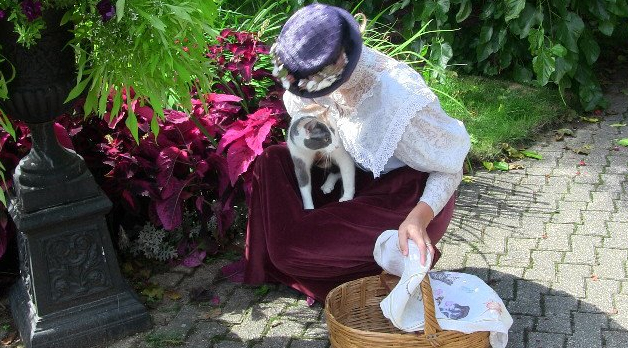 Images shot by Ivy Suryana.
Posted by Tarazod Films at 12:01 AM