It was last month, July 16-17, that production finally began on one of the many projects we've had waiting in the wings--Strindberg's Assistant. Shooting has continued on and off with the availability of cast and crew. If all goes well, we expect to have the majority of the principal photography completed by early September.

Strindberg's Assistant is a short period piece set partially in 1910 Stockholm and also in turn-of-the-century America. Johan August Strindberg was a Swedish playwright, novelist, and essayist. Known for his prolific writings, he also explored alchemy and the occult sciences. Our fictional tale builds on this theme, but we will say no more at this time. 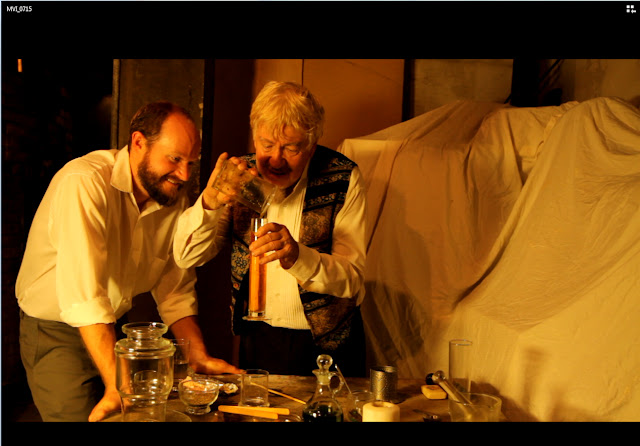 From the set of Strindberg's Assistant.

Here's a behind-the-scenes peek at one of the shooting days. Video by Ivy Suryana of Bear Mound Video.