As we continue to research the possibilities for a narrative film project, we're still looking closely at the work of Hector Hugh Munro. Born in 1870 in Burma (Myanmar) when it was still part of the British Empire, his mother died when he was only two. Sent to live with his grandmother and aunts in England, much of Munro's work seems to be influenced by the strict, straitlaced upbringing he endured when living with these Victorian age martinets. 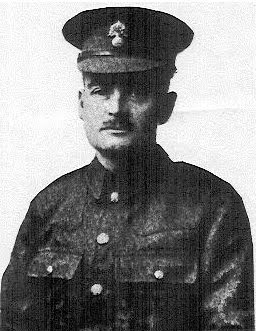 
...better known by the pen name Saki, [he] was a British writer, whose witty and sometimes macabre stories satirized Edwardian society and culture. He is considered a master of the short story and is often compared to O. Henry and Dorothy Parker. His tales feature delicately drawn characters and finely judged narratives. "The Open Window" may be his most famous, with a closing line ("Romance at short notice was her specialty") that has entered the lexicon.

Saki died in the French battlefield trenches of the first World War – November 13, 1916.
Posted by Tarazod Films at 6:00 AM