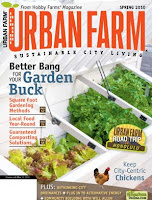 Our Mad City Chickens film was mentioned in this Spring edition of Urban Farm Magazine. The article focuses on several backyard chicken owners including the delightful Lynch family who made a home for two of the hens in our film--including Ricka (formerly known as T2--the Giant Chicken).

It was the Fall of 2007. The production phase of the film was winding down but post work was only just beginning. We'd shot all the footage we needed of our two backyard hens, T2 and Red. We first got these two girls specifically for the film--to shoot much needed chicken footage. After that, the plan was to give the hens to some friends who agreed to adopt them. For all of the six months prior, each morning we'd let the girls out into the backyard during the day and would bring them into our garage at night. This seemed to work well for both parties. We became quite attached to the hens and were considering keeping them permanently. However the weather would soon begin to turn, and we'd have to make a decision. Either build a coop for the winter or send them to their new home.

The hens were part of our "family" so we started making plans for the coop. But then work on the film just became all consuming. Editing, promotion, travel--we had less and less time to be with the girls. It was clear that we wouldn't be able to provide them with a comfortable coop and enough loving care. About this time, we heard about the Lynch family who were thinking about getting their first chickens. So the short of it is, our two hens ended up going to live with them. Read about it in Urban Farm Magazine (Spring 2010).
Posted by Tarazod Films at 5:01 AM 3 comments 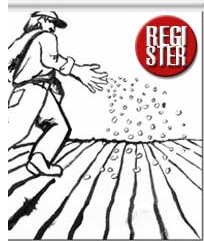 Our film returns to Iowa this weekend for the Oneota Film Festival! Joined by a host of other sustainability docs and shorts including King Corn and The World According to Monsanto, Mad City Chickens will screen 9:00am January 23rd in Decorah.
Posted by Tarazod Films at 5:13 AM 0 comments

You Can Never Have Too Many XLRs 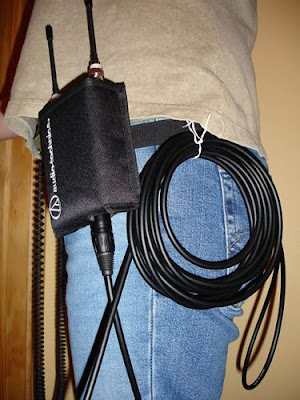 Email ThisBlogThis!Share to TwitterShare to FacebookShare to Pinterest
Labels: tarazod salmagundi
Newer Posts Older Posts Home
Subscribe to: Posts (Atom)
Tarazod Films & Media LLC is an independent production company. We produce both the documentary and narrative film as well as a range of commercial work.