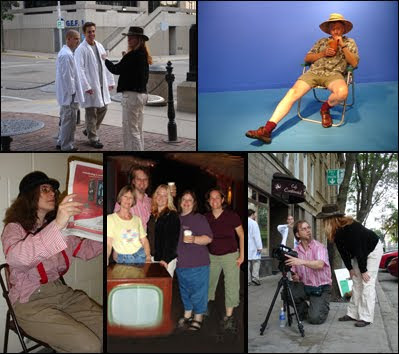 We successful completed the most involved, enjoyable, and exhausting production days yet for the Mad City Chickens movie with two early morning starts. We were blown away by performances from Colin Cameron (a veteran of over 75 films including last year’s Buckystein), Pat Aspinwall & Justin Riley (the stars of the hilarious cable comedy series, Out to Lunch), and a superb cameo effort from musical performer Nancy Rost. Mucho gracious for all the hard work.

Our crew also kicked some serious chicken butt! Big gratitutes to Divine Grace for craft services and grip/PA work, Janet Kjelland for boom, Stephanie Wisniewski, Patti DiVita and Mikala for grip/PA work. This crew rocked! It could not have been done without them.

A special thanks goes out to Tom Giles who doubled as both location and talent scout. We’d also like to thank Einstein Bros Bagels on Madison’s State Street for their generous donation of bagels. 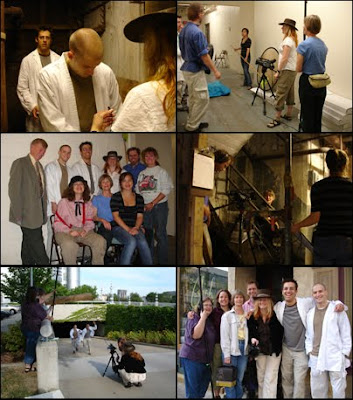