It's always nice when we get email feedback on the film and especially when it's like this:

"Just wanted to say how much I enjoy your film Mad City Chickens. I first saw it at the 2008 WI Film Fest; then a few months ago at the Monona Library. Until I saw your film, I never owned an animal, nor wanted to. Now I have four! We’re looking forward to our first eggs in about 4-6 weeks." -Katherine

Read her entire blog post.
Posted by Anonymous at 8:03 AM 0 comments

The upcoming premiere of Mad City Chickens in Davis, California was recently written about in the Davis Enterprise. The screening is being sponsored by the Davis Natural Food Co-op and Slow Food Yolo to benefit the Davis Farm To School Connection. 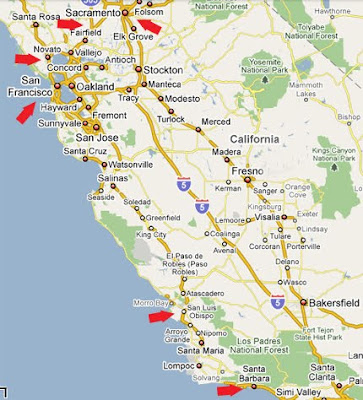 * filmmakers will be in attendance
Posted by Anonymous at 10:03 AM 0 comments 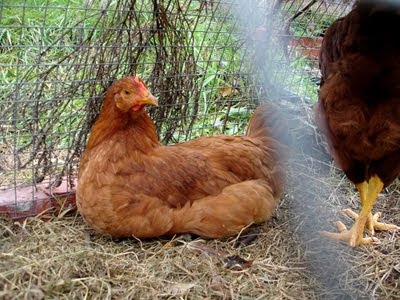 Mad City Chickens premieres in both Ojai, CA and Portland, OR today! 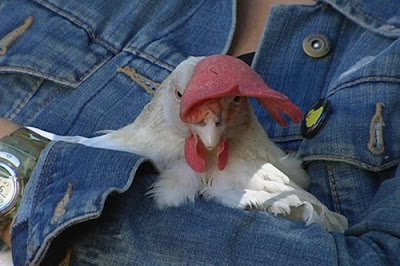 Chicken enthusiast Liz Perry and the story of her rescued hen Consuela are featured throughout our Mad City Chickens film. You can read about Liz, Consuela, and the Nutzy Mutz & Crazy Catz pet supply shop in the recent LA Times write-up!
Posted by Anonymous at 7:14 PM 0 comments 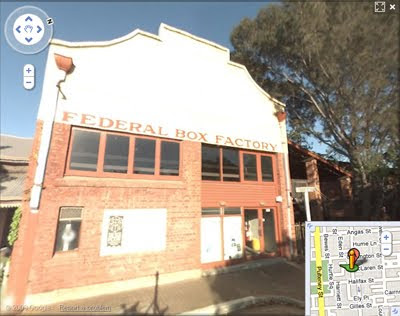 The city council voted 7 to 2 in favor of allowing backyard chickens in Baraboo, WI! Congratulations to Maia (14) and Lydia (13) who started the whole process and saw it through to the end, even after being rejected more than once. 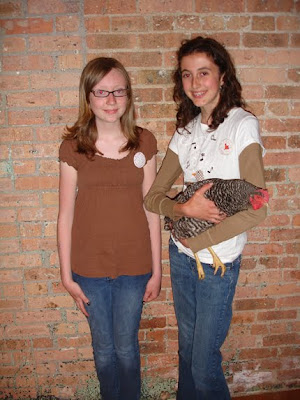 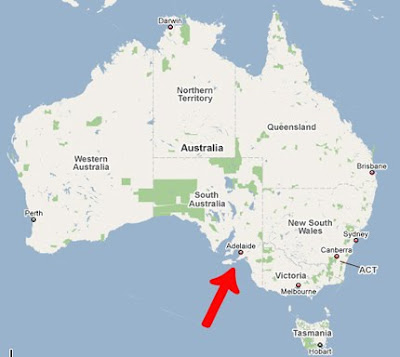 We just finished being interviewed for an upcoming episode of Gastronaut, a food program hosted by Bruce Guerin on Radio Adelaide, 101.5 FM in South Australia. The topic: Mad City Chickens.

We appeared this morning on The Joy Cardin Show, a Wisconsin Public Radio program. The topic? Mad City Chickens and the backyard chicken movement. 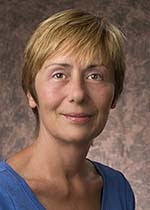 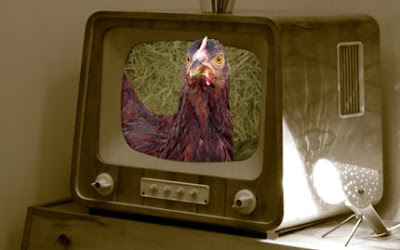 Tune in a half hour early at 9:30 pm to see an interview we did last year on the Director's Cut, an independent film program. If you are outside the WPT viewing area, you won't be able to see the film, but you can still catch the interview here.
Posted by Anonymous at 5:17 AM 0 comments

We're sometimes asked if our Mad City Chickens documentary was influenced by other chicken films. There aren't a lot of other chicken films out there, but we did watch what we could find. Yet surprisingly, what influenced us the most was a film on big wave surfing. Riding Giants is a documentary directed by Stacy Peralta. We aren’t surfers, and yet we loved this film. Why? Because of the way the piece was told. Keep it moving, keep it fun, and touch the audience with a story worth telling.

So we became inspired to make a chicken film that would appeal not only to the urban sustainability audience, but to a wider uninitiated crowd as well. And it seems to have worked. We’ve gotten a number of emails similar to this one from a fan in Ojai, California:

I showed MCC to my 88-year old mother and 92-year old goddess-mother last week (neither of whom give a hoot about chickens or gardening) and they absolutely loved the film. The ghoulish Twilight Zone narrator is one of my favorite elements of the film...and the sci-fi monster bit was priceless.

Posted by Anonymous at 9:24 AM 0 comments 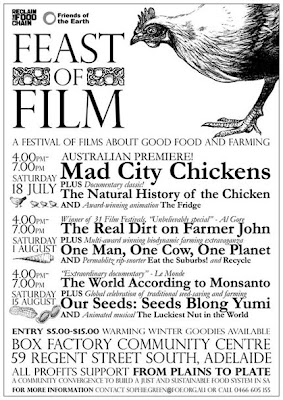 Mad City Chickens will make its Australian premiere on July 18th as part of the Feast of Films, a series of film screenings where all proceeds go to support From Plains to Plate, a not-for-profit community group that works on issues of food and agriculture in Adelaide, South Australia. More details to come.
Posted by Anonymous at 7:25 AM 0 comments

At our recent screening of Mad City Chickens in Iowa City, among the viewers in the audience was a reporter from the Cedar Rapids Gazette. Columnist Jennifer Hemmingsen wrote an article in the Gazette entitled, Chickens like the dog next door.

Also in the audience was IC council member Amy Correia. “I wasn’t really sure before going, but the movie made me think it’s a definite possibility,” Correia later said. She’ll be bringing up the idea to the council.
Posted by Anonymous at 8:05 AM 0 comments

Tashai and Robert were guests for a show back on May 2nd, and today, Tashai is back with more info on the Mad City Chickens documentary and the phenomenon that is the backyard chicken movement. 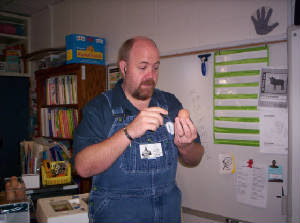 Listen to the mp3 file of today's episode.
Posted by Anonymous at 8:34 AM 0 comments