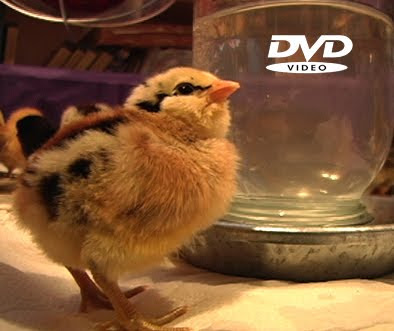 It’s been months in the works, but the final master of the Mad City Chickens DVD is almost complete. It all started with the observation of people’s reactions to the film at film festivals and screenings. We learned what worked and what needed trimming. The re-edit of the documentary has been an ongoing process. So much so that no one (other than us) has actually seen the final version (the last edit was just completed about two weeks ago).

Bringing evetthing together and editing the special features for the DVD has been another part of the work. We shot over 40 hours of footage for the documentary (which has a running time of approximately 80 minutes), so we are quite happy to be able to include as extras interviews and footage that couldn’t make it into the film because of time constraints. In addition, new footage was also shot as part of the Making of Mad City Chickens featurette. Over an hour of extras will be on the DVD including deleted scenes, chicken tips, trailers, an alternate beginning, and more.

In addition to putting all the clips together, editing, color correcting, audio adjustments and such, we’ve also been authoring the DVD (menus, audio tracks, still images) and creating the artwork for the DVD cover, label and insert.

It’s literally been years in the making, but we’ll be putting the finishing touches on everything in the next few days. If all checks out, the master will be sent off to the replication house. Look for the official DVD release in early March!
Posted by Anonymous at 1:00 PM 0 comments

Some time back Robert put together a Scarlett Johansson promotional clip for WYOU Community Television in Madison. Re-working some of the original footage of Ms. Johansson along with a number of sound bites from programs that appear on the station, he has now created a second station ID promo. Watch the new video here.
Posted by Tarazod Films at 4:37 PM 0 comments

When asked by the editor of Touch the Soil magazine to review our Mad City Chickens film, David King, the regular “book” reviewer for the periodical admitted that he wondered whether he was up to the task. After all, there was the question of if his TV and VCR even worked after being left untouched in the corner for the last five years. But they did work and he was up for it.

We like nothing more than to hear positive reviews about Mad City Chickens. But there is a contingent of folks out there who have all but given up on watching films, even films on subjects they might enjoy. Over the past three years, we’ve heard more than one diehard chicken owner or backyard gardener tell us, “I don’t watch TV and I don’t like movies!” As filmmakers, this makes it pretty difficult for us to reach our target audience, especially when our documentary on backyard chickens gets lumped into the same category as the latest over-budget Hollywood action film.

Yet, we chose to use (and have fun with) the most powerful medium on the planet--motion pictures. And there’s nothing more satisfying than to get a positive review from someone who would rather be out in his garden than sitting in front of a TV.

Thanks for the review Dave. Now shut off the TV and get back out to your garden!

You can read Dave King’s review in the current (Jan/Feb/Mar 2009) issue of Touch the Soil.

Posted by Anonymous at 9:12 PM 0 comments 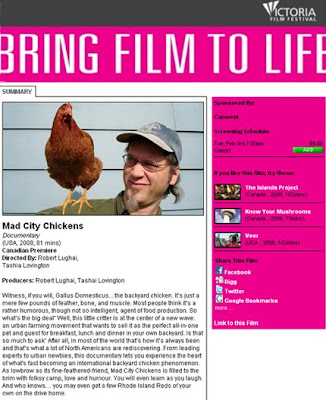 The Victoria Film Festival has announced its official 2009 line up! Mad City Chickens is scheduled to screen on February 3rd at 7:00pm. For those of you in the Victoria, BC area, tickets are now on sale and can be purchased through the VFF website. 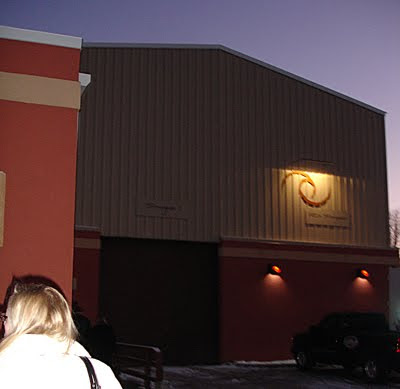 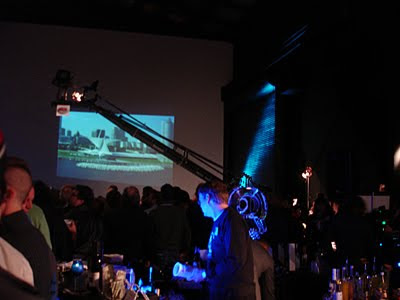 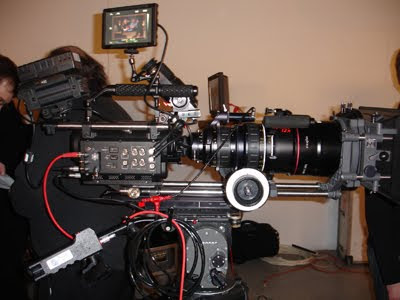 On hand for the opening ceremonies were representatives from local production and rental houses including one that was showing off the the new Red One digital camera. 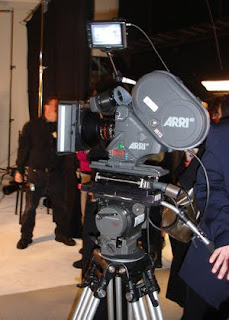 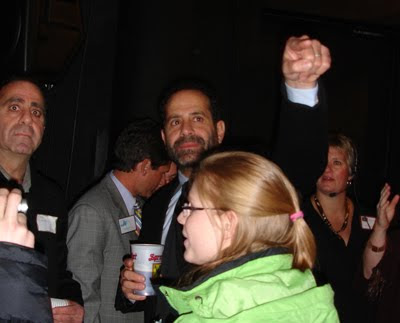 Also present was film and TV actor Tony Shalhoub, who is originally from Green Bay, WI. You may know him from Men In Black, Spy Kids, Paulie, or Monk, among others. “Hi Tony.”
Posted by Anonymous at 12:12 AM 0 comments

We’re happy to say Mad City Chickens was recently invited to be listed on IMDb. Come check it out. More info to be added soon.
Posted by Anonymous at 11:20 AM 0 comments