The new expanded Madison chicken ordinance has garnered a bit of attention. Earlier today Emmy Fink, the feature story reporter for the CW Network interviewed longtime Madison chicken owner Amy Liem along with the both of us. Amy, who appears in our Mad City Chickens documentary, spoke about how she first got into chickens. We talked about the new city ordinance and how our film helped influence its authoring. 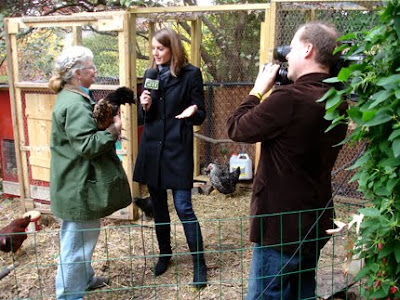 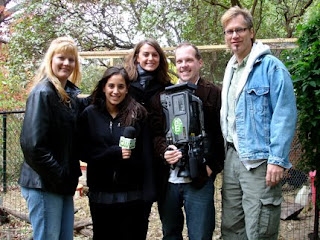 
The interview piece will air in November during The Daily Buzz show on the Madison CW Network, broadcast channel 57, cable channel 2. We’ll post more details when we have them.

Posted by Anonymous at 9:22 PM