We were interviewed today at the Madison studios of Wisconsin Public Television. Charles Monroe-Kane, host of the show Director’s Cut, talked with us about our documentary, Mad City Chickens. We brought along a few clips from the film, as well as two of its stars, our former backyard hens Ricka and Flicka (previously known to us as T2 and Red). Their new owners, Jen and Evie Lynch also joined us in the studio and appeared on camera near the end of the show. 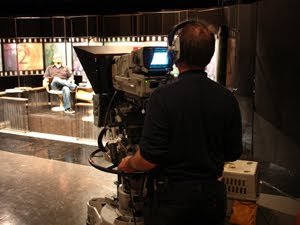 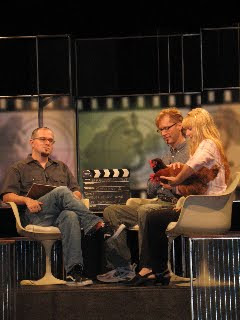 The episode will air on Public Television in the near future.
Posted by Anonymous at 11:40 PM