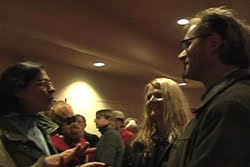 We were thrilled with the enthusiastic audience reaction to Mad City Chickens during the recent screening at the Wisconsin Film Festival.

However, standing in the back of the room, we noticed a couple secondary pieces that didn’t quite work as we’d envisioned. (There’s nothing like a public screening to help iron out the kinks.) So we’ve spent the last two weeks re-editing those segments to bring them up to par with the rest of the film.

Word of the film is getting out! We’ve been contacted by a Los Angeles Producer Rep who might be interested in assisting us in the film’s distribution. And in the meantime, Chickens continues to get invites from backyard poultry groups from across the U.S. and Canada. From Nova Scotia to British Columbia and Boston to San Francisco, people are looking for filmic support in their quest to keep chickens in the city, support that we’d gladly give.

However and unfortunately, some of the major film festivals have strict restrictions on where and how many times a film can screen before they get it. So at the moment, we are limited on our public showings until we hear back from these top festivals. But rest assured, we’re planning on Mad City Chickens screening from coast-to-coast!
Posted by Anonymous at 2:54 PM 0 comments 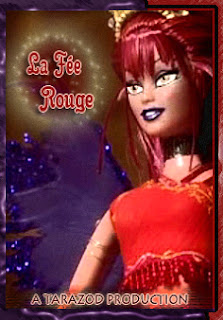 Our docu-fantasy short La Fée Rouge has recently been invited by UndergroundFilm.com to be included in their anthology of online films.
Posted by Anonymous at 12:59 PM 0 comments

The 2 Elizabeths of Mad City Chickens 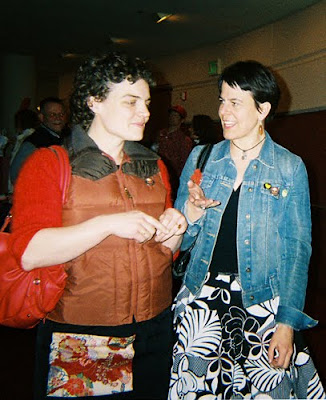 The tales and events in Mad City Chickens are all woven around the two main stories presented in the film. These are the experiences of Elizabeth’s family raising their first flock, and Liz’s rescue of a discarded factory farm bird she found at a landfill.

Photo by Colin Cameron
Posted by Anonymous at 8:43 PM 0 comments

A Few Pics from the MCC Premiere 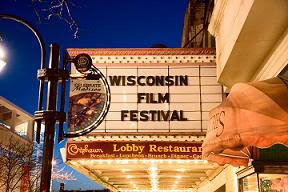 We were blown away by the turnout for the premiere of Mad City Chickens! It was an absolute pleasure to interact with the crowd before the show as our crew handed out MCC buttons, chocolate eggs, and boxes of peeps. The line of people included many of the chicken owners featured in the film as well as Madison’s own Mayor Dave Cieslewicz.

Read the reviews by Kristian Knutsen of the Isthmus Daily Page and those of Jane Burns & Katie Dean in the Capital Times.
Posted by Anonymous at 11:00 AM 0 comments

OMG! With the premiere of Mad City Chickens happening tonight at the Wisconsin Film Festival, the documentary is making some headline news.

Wisconsin State Journal offers up some tasty morsels on the film with a front page spread. Read page 1 and page 2.

Posted by Anonymous at 8:48 AM 0 comments

The Onion writes about MCC

Check out the Mad City Chickens article written by Katjusa Cisar in this week’s local section of the Onion.
Posted by Anonymous at 10:23 AM 0 comments

Email ThisBlogThis!Share to TwitterShare to FacebookShare to Pinterest
Labels: mad city chickens, press and reviews, the onion
Newer Posts Older Posts Home
Subscribe to: Posts (Atom)
Tarazod Films & Media LLC is an independent production company. We produce both the documentary and narrative film as well as a range of commercial work.