What is this film — Mad City Chickens? 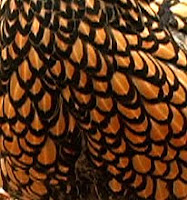 Mad City Chickens—it’s a group of like-minded people, it’s an emerging movement, and it’ll soon be a movie!

In the spring of 2004, Madison, Wisconsin passed a law reflecting a growing trend in municipalities across the country. Single-family homes within the city limits were now able to raise chickens in their backyards. A year later, we started filming.

From the underground to about town, chickens take the city by storm. Backyard poultry owners came out of hiding, and with them the chicken supporters came out of the woodwork. These beautiful birds are celebrated in art, music, and an ever-expanding community.

With over 23 hours of footage shot so far, the project is well into the post-production stage, but we’re not done yet! The film has grown into something more than we originally imagined. Chicken experts speak out, Mother Earth News conducts a study; and the Murray McMurray Hatchery opens its doors to us.

But that’s not all. Any film on chickens would not be complete without a mad scientist and a runaway polka band on the back of a pick-up truck. We couldn’t resist adding a bit of fictional storyline to the mix.
Posted by Anonymous at 11:00 AM